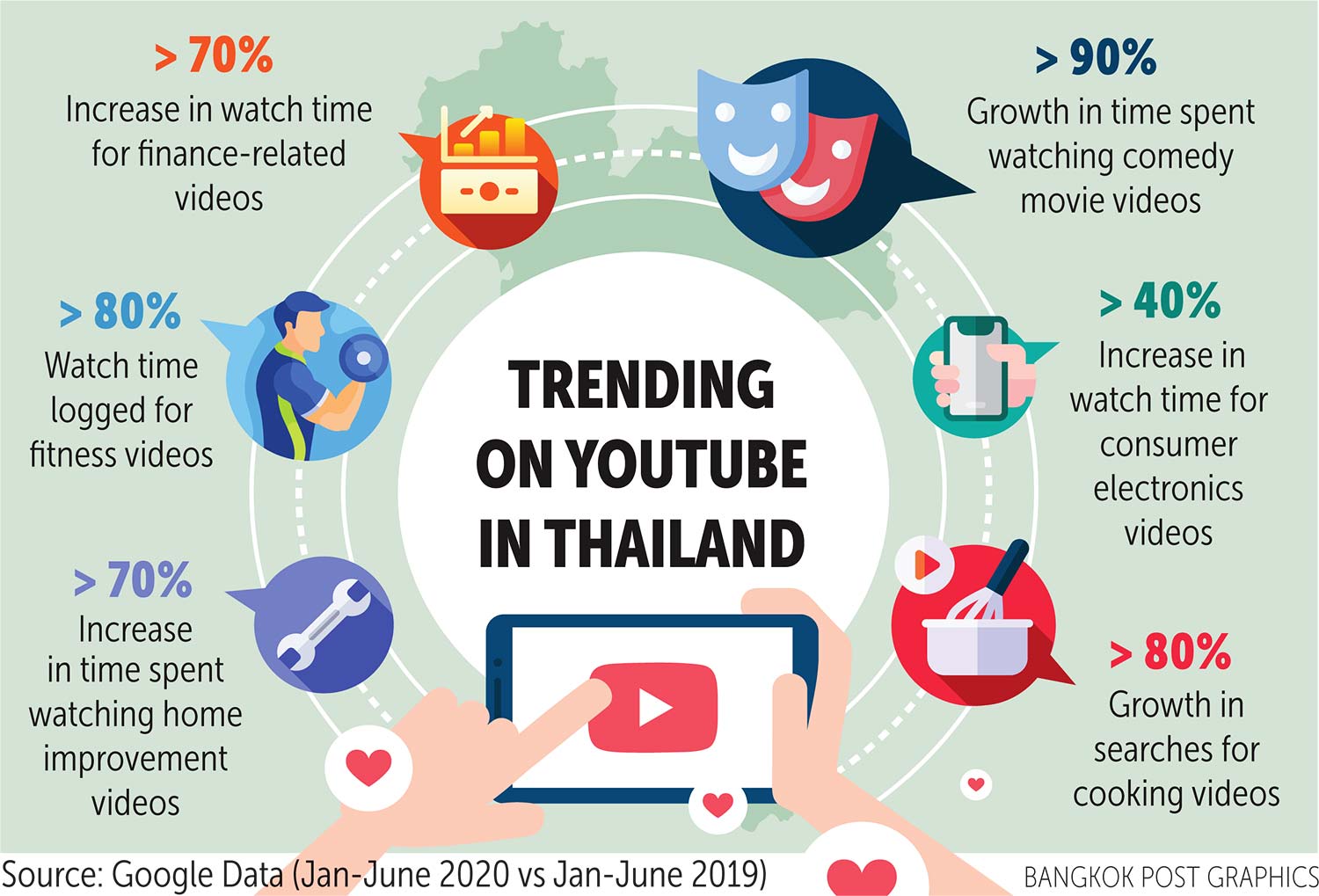 According to the giant video platform, owned by US tech titan Google, more than 450 YouTube channels in Thailand now have more than 1 million subscribers.

"Every one of these channels with more than a million subscribers each is what we call a Gold button channel," Jackie Wang, country manager of Google Thailand, said in a statement.

"The explosion in these channels could not have happened without the rich and diverse content consisting of not just TV stations, but also production houses, music labels, artists and creators of various kinds from every corner of the country."

In terms of Thai TV station channels on YouTube, Workpoint official has the most subscribers with 30.5 million. For creator channels, Kaykai Salaider is in the pole position with 14 million subscribers.

From January to June, the viewing time of comedy videos on YouTube grew by more than 90% year-on-year.

Time watching exercise videos and searches for cooking videos both increased by more than 80% during the same period.

Marketers can reach out all groups of customers on YouTube based on their interests and passions, said the video platform.