Advertisers get in the boy zone
Business

Advertisers get in the boy zone

Mr Pawat says the use of presenters from boy-love series has gained popularity in the past several years.

Movie stars are losing their lustre in the ad business as product endorsers because of relatively high fees, paving the way for product presenters who gained popularity after the Covid-19 outbreak.

The two actors have become presenters of several products, including drinks, cosmetics and sweets.

The popularity of such young presenters, who have stable fan clubs ready to spend and support them, continues to grow each year as more content catering to millennials, also known as Generation Y, is made available in the market. This includes drama series and reality-based programmes like The Face, which features a modelling competition.

Generation Y is the demographic group following Generation X and preceding Generation Z. Researchers and popular media use the early 1980s as the starting birth years and the mid-1990s to early 2000s as the ending birth years, with 1981 to 1996 a widely accepted defining range for the generation.

From TV series pioneered by GMMTV, there were about 40 items of content such as series and short films serving the Gen Y audience in 2019. Between January and August of this year, there were nearly 50 made available in the market.

New entertainment companies, including Channel 3, are scheduled to launch Gen Y-focused series on their respective channels soon, while GMMTV itself also plans to air its new television series for Gen Y next month. 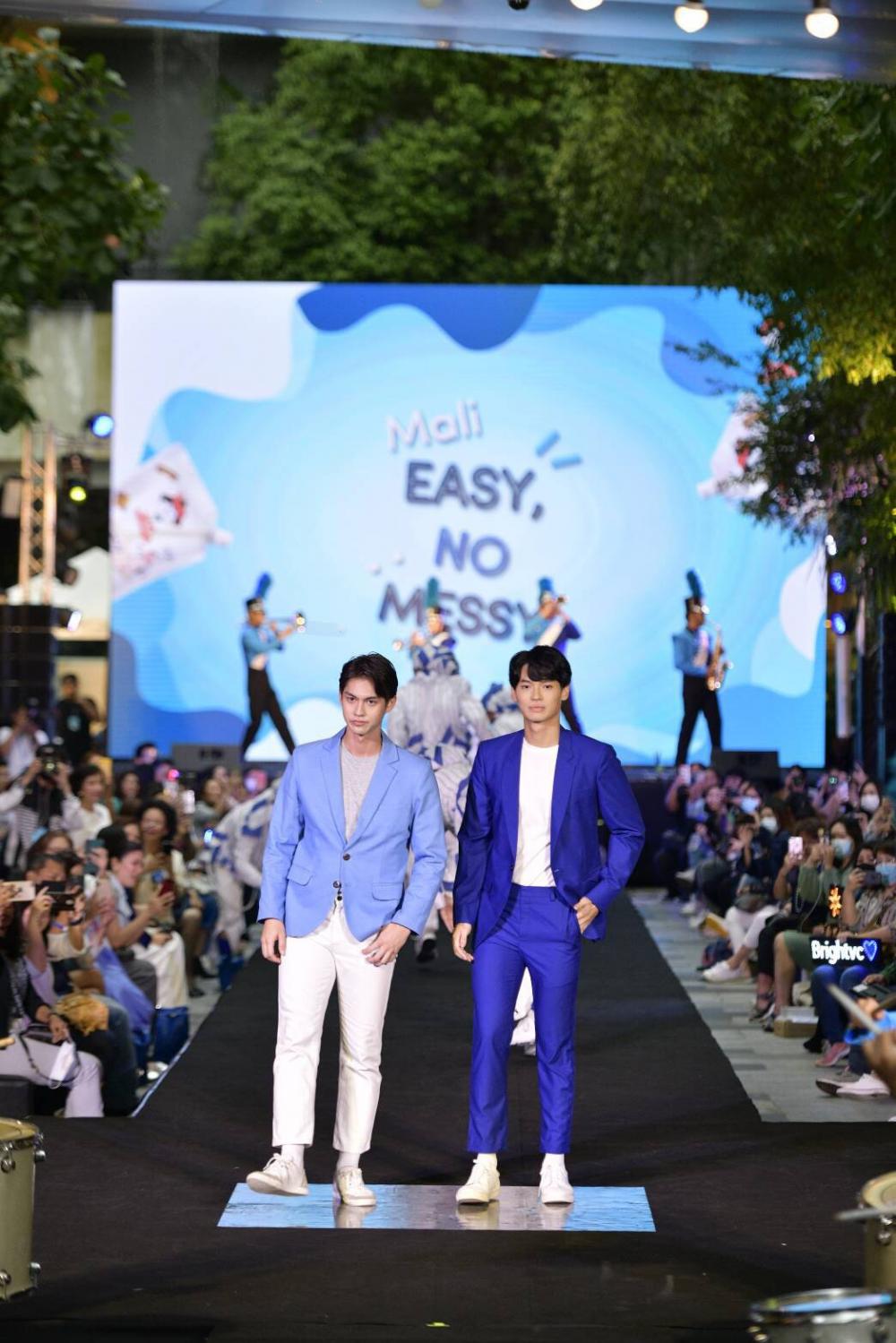 Kantana Group Plc, the SET-listed media and entertainment company, today is scheduled to announce a plan to join hands with Star Hunter Entertainment Co to expand its Gen Y content in the market. Advanced Info Service (AIS), Thailand's largest mobile operator by subscribers, is collaborating with its partners to produce series to air on the AIS Play platform.

"In the past, companies have had to rely only on superstars or famous singers to promote their products," Mr Veerayuth said. "Now, common people with strong fan clubs are eligible to be product presenters or influencers."

With clients spending less on marketing during the Covid-19 crisis, influencers from Gen Y series in particular continue to grow in popularity, Mr Veerayuth said, adding that popular content is capturing a wider audience as more people stay at home.

"Fan clubs of those presenters are ready to spend huge money to support products that are influenced by these presenters,'' Mr Veerayuth said.

Pawat Ruangdejworachai, business director at Media Intelligence, said that starting with beauty products in the past several years, the use of actors from boy-love series as product presenters, brand ambassadors, brand endorsers and influencers has extended to other categories, including ready-to-drink green tea, seaweed snacks, candy, cars, direct sales, e-commerce, finance and mobile phones.

According to a source at GMM Group, product categories that use presenters from boy-love series to promote sales campaigns include soft drinks, snacks, and household and beauty products. The belief is that the Gen Y presenters help effectively engage customers with brands. 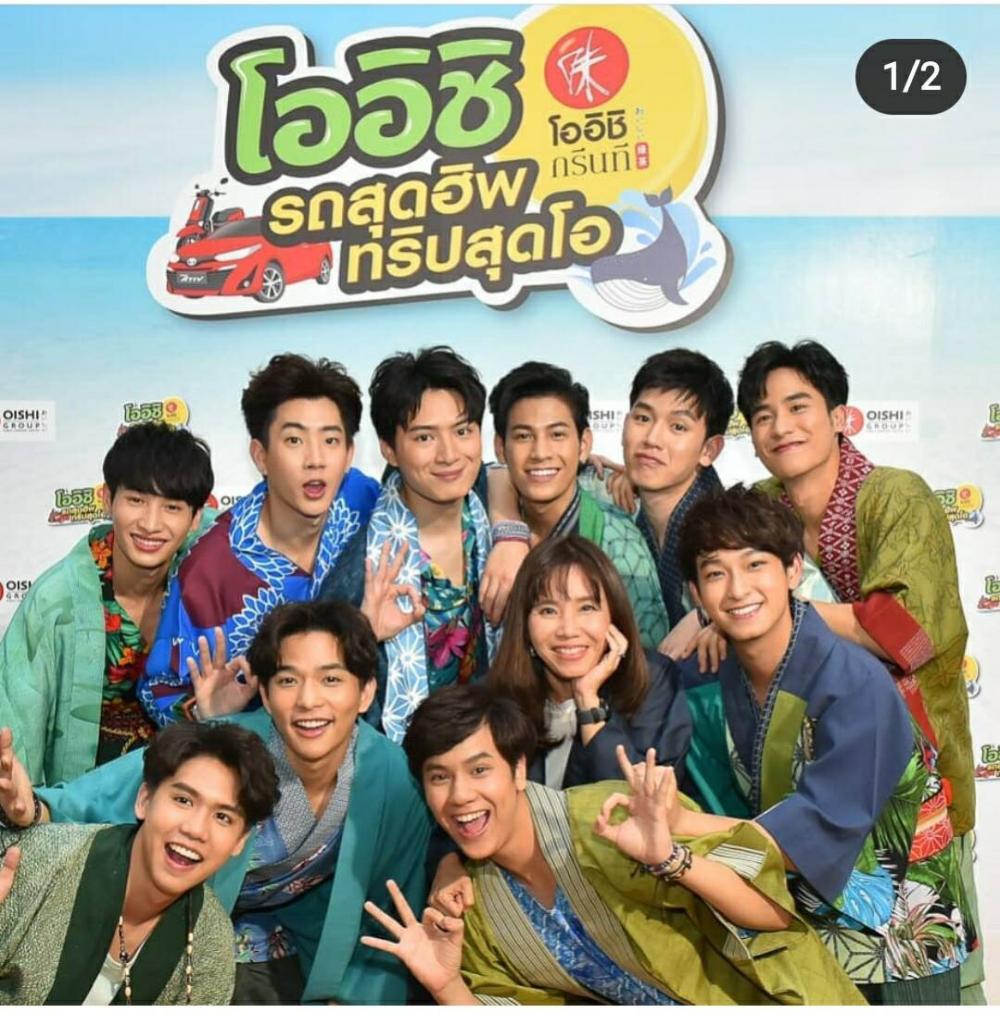 LEFT  Kids from 'Sotus The Series' were hired as presenters to support Oishi's Kyoho marketing campaign.

"With the two young actors, we expect they will help the Mali brand, which is established for 58 years, to reach teens and the young generation,'' Mr Pinit said.

Thai Jinton Co, the distributor and marketer of Jinton sugar-free mints, said the company hired two young stars from Sotus S: The Series, Krist and Singto, as presenters for Min Min, a new compressed confectionery, since February of this year.

"We took a risk to use Gen Y presenters instead of traditional movie or TV superstars to promote the new confectionery," Mr Narit said. "The feedback was better and faster than expected.''

According to Mr Narit, the company recently launched a marketing campaign selling 1,000 sets of the company's products worth 2,000 baht a set with 1,000 postcards of the duo with their copy signatures handed out to their fan clubs. The 1,000 sets sold out within 15 minutes, as opposed to the expected one month.

"Using Gen Y presenters makes our confectionery promising not only for fan clubs in Thailand, but also in China, the Philippines, Indonesia and even South America," Mr Narit said.

Ongart Wongdacharoj, assistant managing director of Better Way Thailand Ltd, a direct sales company, said the company has hired presenters from Gen Y series of GMMTV, including Krist and Singto, to be presenters of eight makeup and skincare products under MYSS Cosmetic, a sister brand of Mistine.

The company also allows certain presenters such as Bright and Win to co-develop products with a say in the design, formula and packaging of Mistine's Idolo collection, to be launched this year.

"We've got a good response for both projects," Mr Ongart said. "We will continue to pursue this strategy after a new series of Dai Daeng called Chueakpan to be aired next year. We believe that using Gen Y presenters will help MYSS Cosmetic to grow."

Nonetheless, he said the company will still rely on some traditional superstars as presenters for better brand awareness and a wider customer group.

"For Gen Y presenters, though it reaches just a small group of customers, their brand loyalty and spending are much higher than fan clubs of traditional superstars,'' Mr Ongart said. "The use of a huge budget to promote products via television no longer works now, because of less reachability to customers who watch TV less than in the past and whose spending power remains tepid." 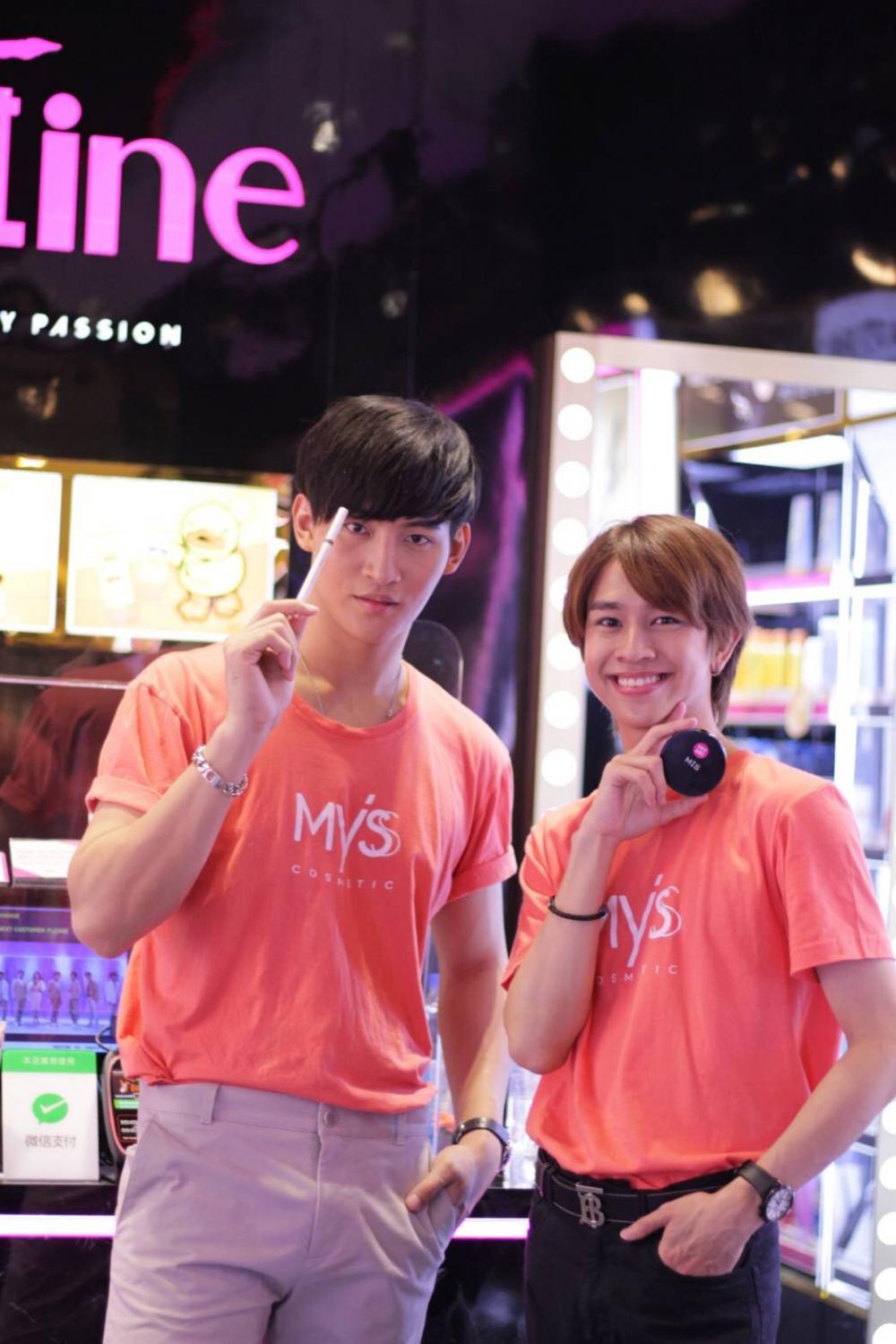