Preserving greenery in the EEC
Business

Preserving greenery in the EEC

Part of the garden includes a wetland it hopes to preserve. (Photo by Pattarapong Chatpattarasill)

Just a few hours from Bangkok by car, Rayong is famous as a getaway among urban holidaymakers for its seafood and fruit.

The province is also a centre of the chemical and automotive industries and is one of three eastern provinces (along with Chon Buri and Chachoengsao) designated as the development base for the government's flagship Eastern Economic Corridor (EEC).

In parallel with ongoing efforts to boost industry investment in the EEC provinces, responsible agencies are busy upgrading the Rayong Botanical Garden into a significant tourist spot in the EEC.

Initiated by Her Majesty Queen Sirikit the Queen Mother, Rayong Botanical Garden covers 3,877 rai, home to a great number of valuable Thai plants, with a focus on rare, endemic and endangered species.

According to Wachana Boonchai, chief of Rayong Botanical Garden, the site sprang from the foresight of the Botanical Garden Organization regarding the significance of plant preservation in different regions of the country.

There was a determination to establish a botanical centre for each region.

The aim of the garden is to develop a natural learning centre for educating locals as well as visitors about the conversation of wetland resources and native plants. With this aim, plant resources will be conserved and sustainably used. Mr Wachana explains a walking route in the garden.

Later, the local community agreed to protect this huge wetland as part of the natural heritage of Rayong province.

The wetland became a national heritage site according to a cabinet announcement on Nov 3, 2009. The goal in creating such a site is conservation and protection regulations for the national wetland, said Mr Wachana.

He said the Natural Resources and Environment Ministry wants to develop the garden to have higher standards as a tourist attraction in the EEC.

The garden is asking for a budget of 50 million baht for fiscal 2022.

Mr Wachana said the agency asked for a supporting budget from the province to develop a learning centre and improve natural tourism trails this year, but the request was not approved.

"We hope the improvement will attract more younger visitors, foreigners and Thai tourists, allowing the project to become sustainable and creating tourism revenue to boost the economy in the eastern region," he said.

There are a handful of eco-tourism spots in the EEC, and the Rayong Botanical Garden has the potential to be developed as an attraction for nature lovers and students, Mr Wachana said.

The EEC Office predicts the population of the EEC provinces will double to 6.29 million by 2037, with the number of tourists expected to double to 51.3 million by the same year.

Kanit Sangsubhan, secretary-general of the EEC Office, said the Rayong Botanical Garden development plan has already been included in the EEC's budget plan for fiscal 2022. 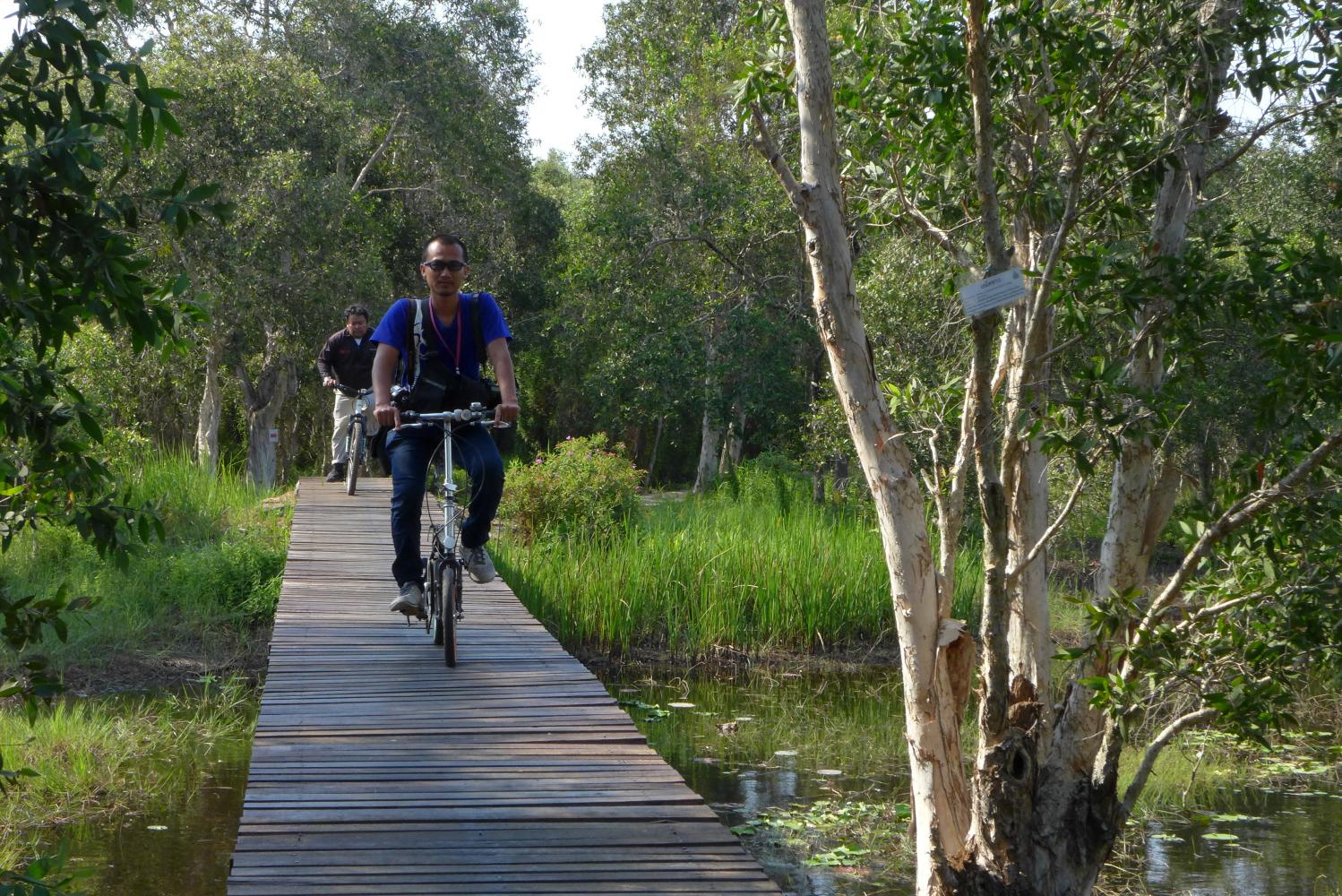 Bicycling on a boardwalk is an activity in the garden. (Photo by Pongpet Mekloy) 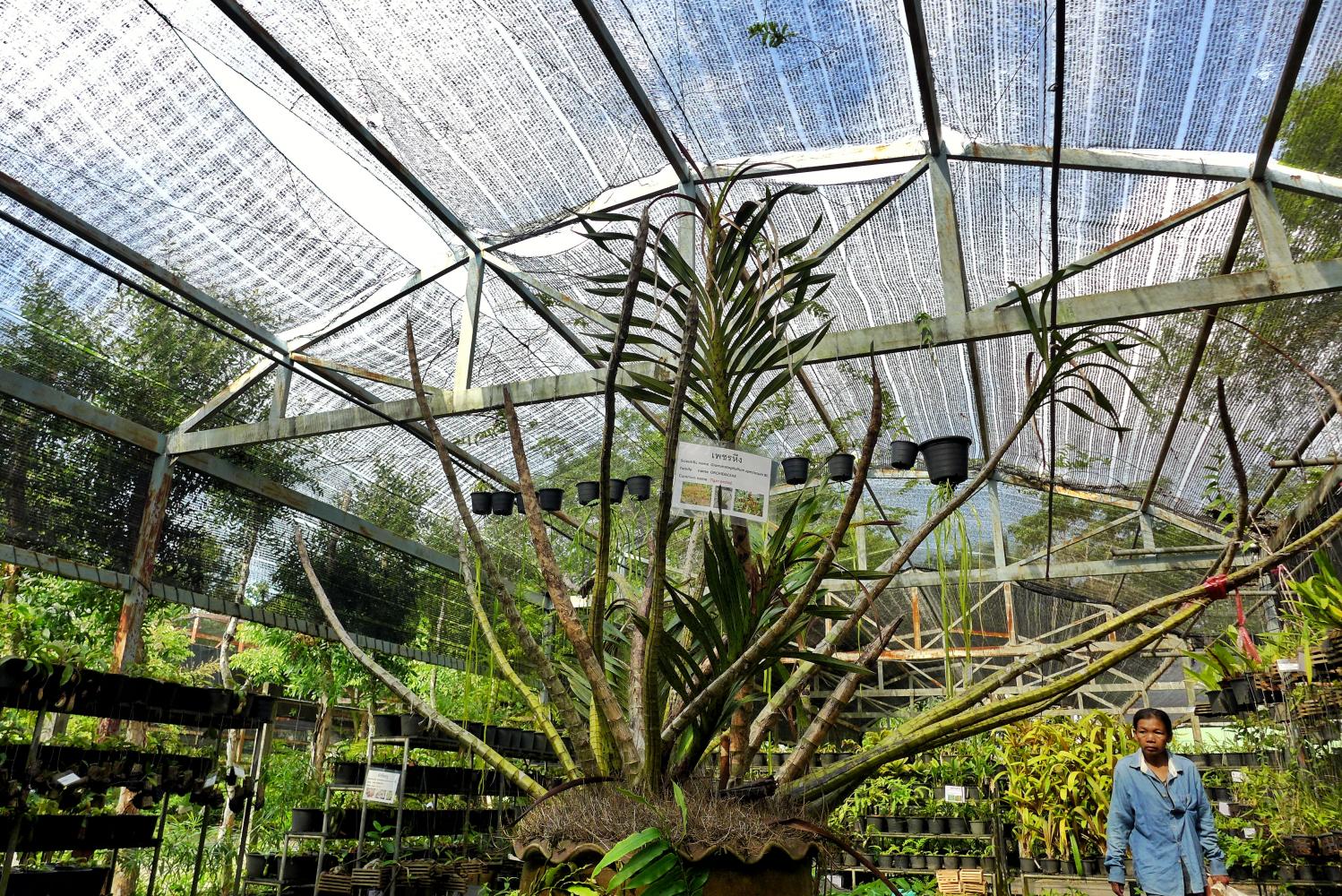 The government is keen to promote tourism in what will largely be an industrial enclave. (Photo by Pongpet Mekloy)