State telecom enterprise TOT, through collaboration with its strategic satellite business partner Mu Space and Advanced Technology, plans to send a server payload on the Blue Origin rocket, which is scheduled to launch to space from the US on Thursday.

The move is part of TOT's venture into the low-earth orbit (LEO) satellite business.

The launch is scheduled at 10pm Thai time, five months after TOT signed a memorandum of understanding on LEO satellite service cooperation with Mu Space.

The server payload comprises web servers, Internet of Things (IoT) platforms and big data devices that have been jointly studied and tested for months through the collaboration.

TOT has spent 100 million baht to redevelop its existing satellite gateway station in Bangkok in the initial phase and plans to construct more in the future. 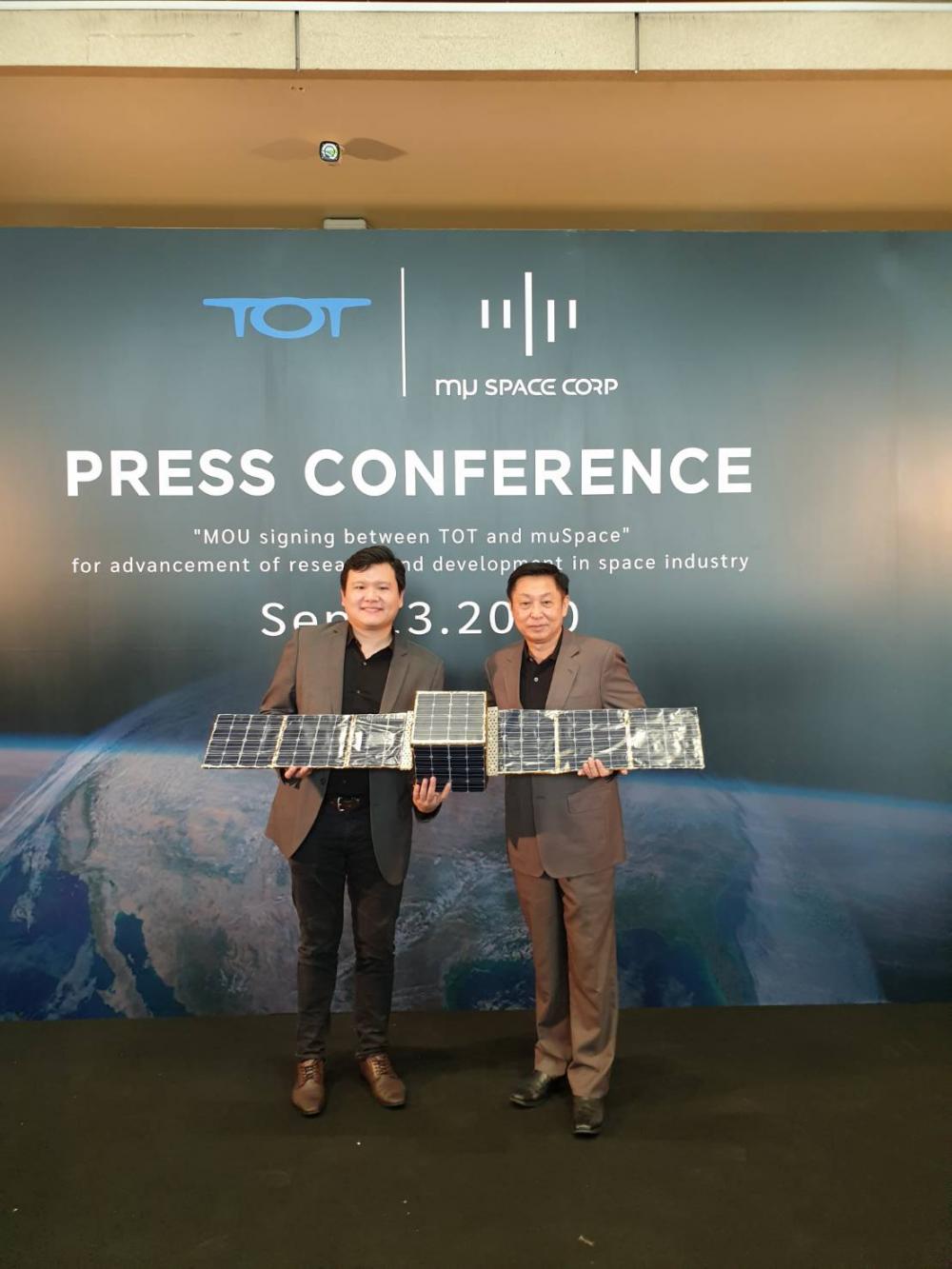 Mr James, left, and Mr Morakot display the progress of their cooperation on LEO satellite services.

LEO satellites are projected by some to have strong business potential because they can beam the internet all around the globe, including deep in the forest, high in the mountains or even the ocean, without relying on terrestrial telecom cell sites.

TOT acting president Morakot Thienmontree said LEO satellite development is a mobility revolution in connectivity that is part of the new economy, especially geared towards the next 3-5 years when the ecosystem is likely to be commercially mature worldwide.

"The LEO satellite business could be a disruptive technology, especially for fixed broadband service," he said.

Web servers, IoT platforms and big data devices on the server payload are technically ready for use through hardware and software tests, he said.

Mu Space and TOT held a press briefing about their cooperation on LEO business development yesterday.

TOT set up a working group for a related study and lab test of LEO service earlier this year, comprising 60 executives and staff as well as a small group of high school students in a science programme recruited by TOT Academy.

Mu Space chief executive and founder James Yenbamroong said satellite-related business in the country is worth 40 billion baht and is expected to surge 10 times to 400 billion in a decade.

Transmittance and reception of LEO satellites should help expand the capability of 5G communications, especially in remote areas where traditional telecom infrastructure is not easily established, he said.

Through the next phase of collaboration, Mr James said the two parties plan to test IDC and intersatellite links through a technology called space laser.

New satellite gateway facilities are also needed in Buri Ram and Chon Buri provinces to cope with multi-orbit and LEO satellites, he said.