With rising demand for rubber gloves, products related to working from home, appliances, healthcare items and food because of the pandemic, the Commerce Ministry expects the country's overall exports to shrink by just 5-8% this year. 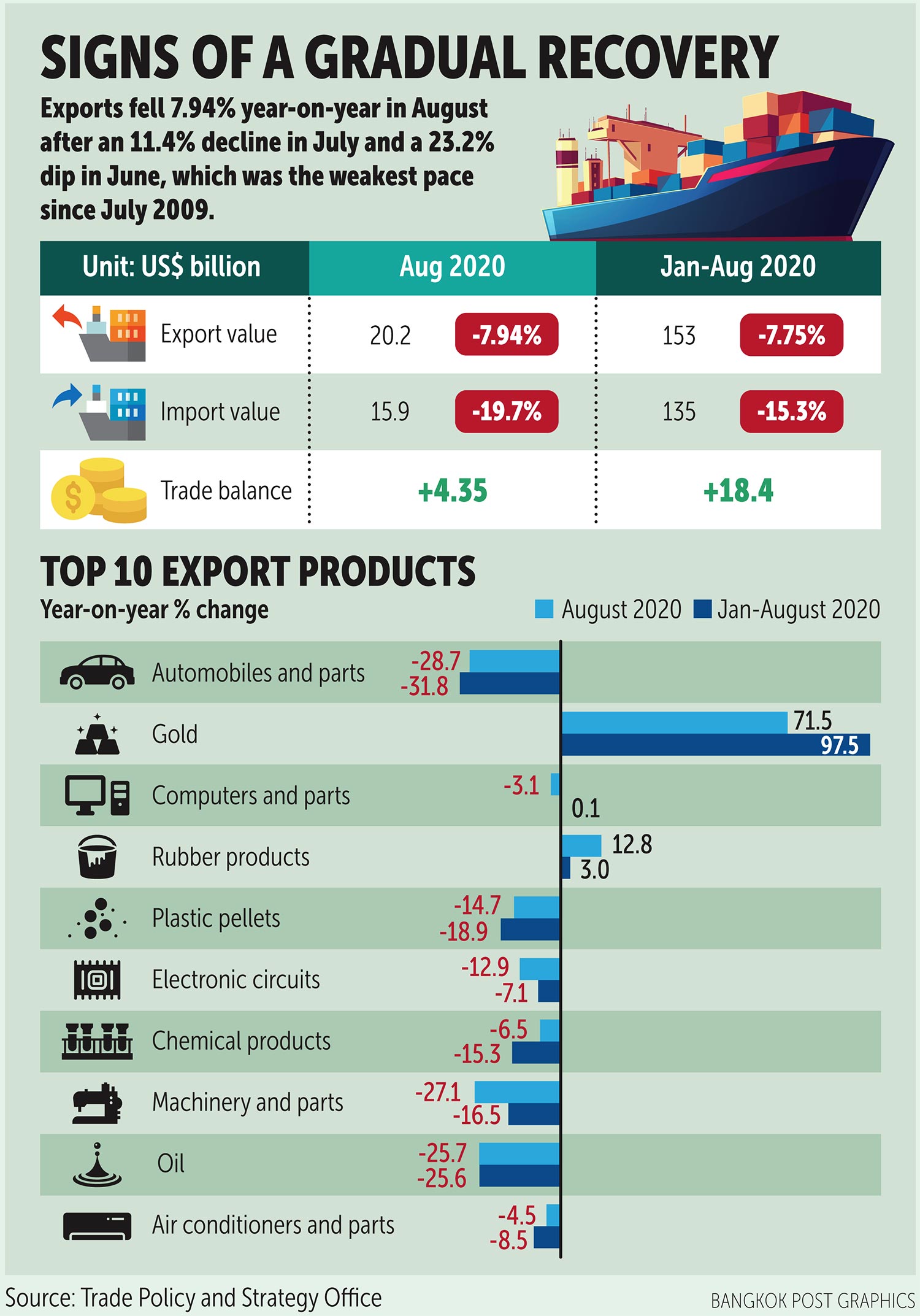 Pimchanok Vonkorpon, director-general of the Trade Policy and Strategy Office, said that despite the coronavirus crisis, most trading partners have controlled the outbreak and the hope of a vaccine in many countries is supporting improvement in trade.

"Exports are recovering slightly," she said. "If the country fetches an average of US$20 billion a month in the remaining months of the year, overall exports are likely to see a contraction of 5% to $234 billion, while an 8% contraction is anticipated if exports average $18.2 billion a month."

The ministry sees a double-digit contraction as unlikely in the remaining months, with food products and items used at home showing potential based on changing consumer behaviour, Ms Pimchanok said.

The ministry reported yesterday that the value of Thai exports improved in August on a month-to-month basis and stood above $20 billion for the first time in five months.

Ms Pimchanok said the pace of Thailand's export recovery coincided with the latest upward revision of the global economic outlook by the Organisation for Economic Cooperation and Development.

The global economy and trade situation has improved after an unprecedented shock, with world GDP projected to contract by 4.5%, up from a contraction of 6%, with upticks in China and the US, she said.

Other global economic indicators are showing gradual recovery amid lockdown easing and stimulus measures from central banks around the world, Ms Pimchanok said.