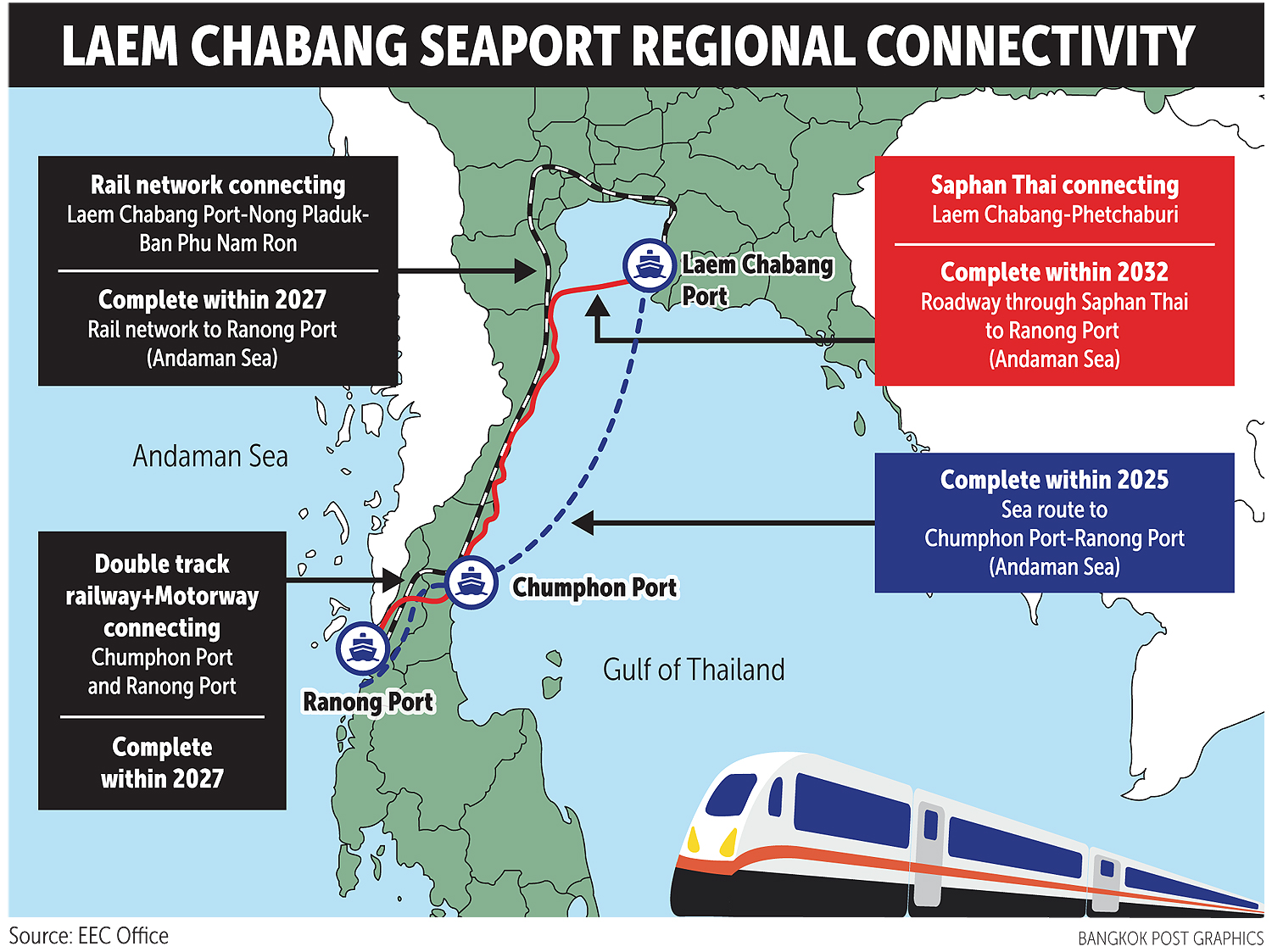 The three new projects are a trio of dry ports worth a combined 24 billion baht in Khon Kaen, Nakhon Ratchasima and Chachoengsao; a deep-sea port, motorway and double-track rail development network linking the Gulf of Thailand and Andaman Sea worth 168 billion; and the Thai Bridge Project (Saphan Thai) worth 990 billion.

The committee chaired by Prime Minister Prayut Chan-o-cha agreed the development of three new projects will help strengthen the competitiveness of the EEC and create a link between the EEC and similar regional development projects.

EEC Office secretary-general Kanit Sangsubhan said his office has been tasked with handling the feasibility studies of the three projects.

Mr Kanit said the office aims to complete the study on Chachoengsao dry port worth an estimated 8 billion baht by 2021, with construction taking another two years.

Studies on two other dry ports in Khon Kaen and Nakhon Ratchasima worth a combined 16 billion baht are scheduled to be completed in 2022 and take two years to construct.

The three dry ports will be developed to link the EEC with Laos, Cambodia, Myanmar, Vietnam and China. The committee expects the linkage strategy will mean an additional 2 million containers to Laem Chabang port.

For the network development between the Gulf of Thailand and Andaman Sea, Mr Kanit said the government has already approved a budget in fiscal 2021 worth 68 million baht to conduct a feasibility study on four projects.

The Chumphon-Ranong deep-sea port upgrade and the motorway to link Chumphon and Ranong are scheduled to be completed by 2025, while the construction of the new double-track rail linking Pan Thong and Nong Pladuk in Ratchaburi are slated for 2027.

The double-track rail linking Prachuap Khiri Khan and Chumphon is now under construction and scheduled to be completed in 2021.