The consumer price index (CPI), a gauge of headline inflation, fell for the seventh straight month in September, primarily driven by a decrease in energy prices, especially retail gasoline and electricity bills. 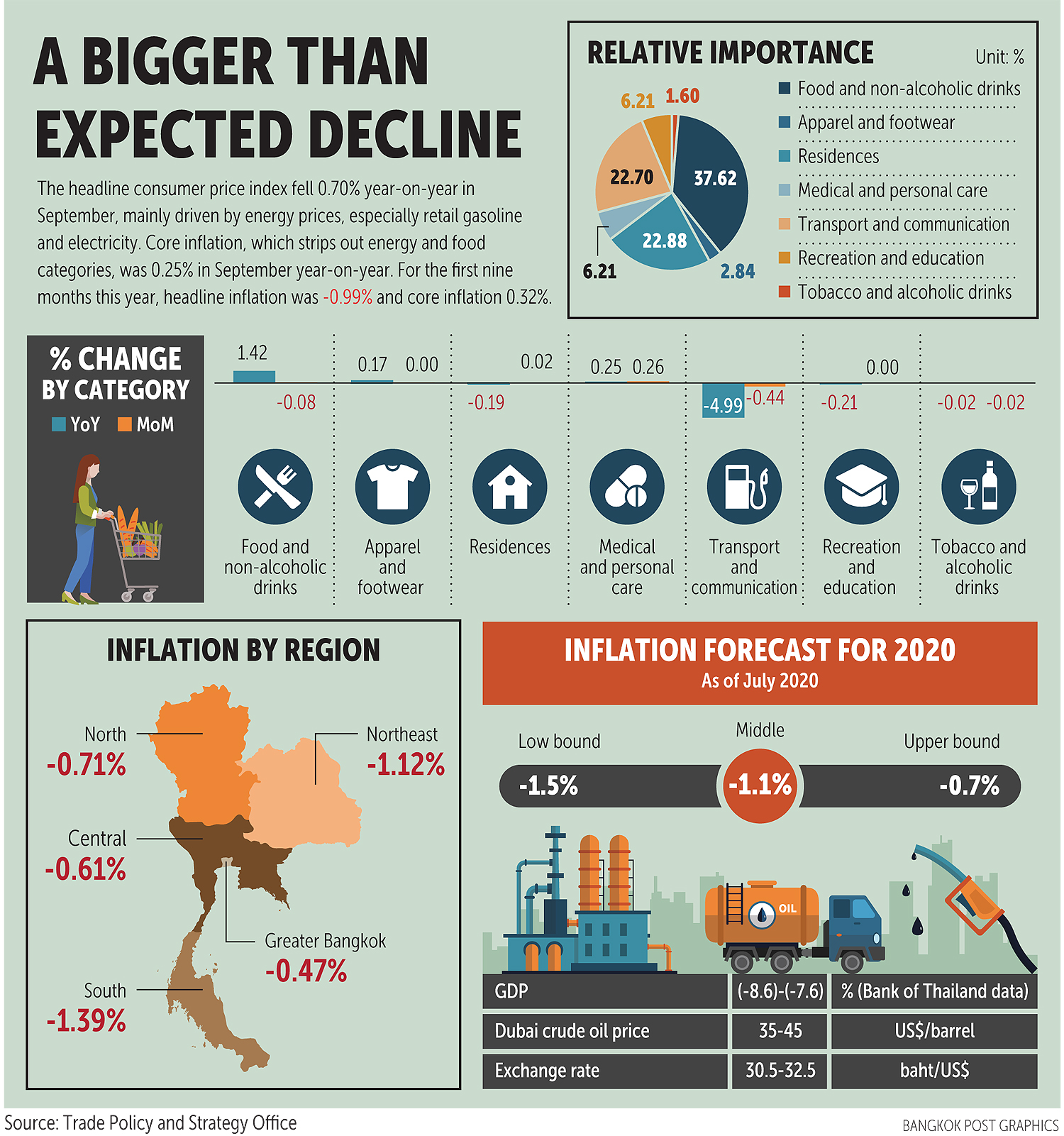 Pimchanok Vonkorpon, director-general of the Trade Policy and Strategy Office, said key contributing factors to the September figure included a price fall in transport and communication by 4.99%, led by a drop in the prices of all types of retail gasoline, a dip in shelter costs by 0.19%, and a decrease in recreation and education of 0.21%.

Prices of tobacco and alcoholic beverages dipped by 0.02% in September.

In contrast, prices of medical and personal care increased 0.25% and those of apparel and shoes rose 0.17% last month from the same period last year.

On a monthly basis, the CPI in September decreased by 0.11% from August.

Inflation for items excluding food and energy, known as core inflation, was 0.25% in September.

On a quarterly basis, the index increased by 1.86% for the third quarter from the second quarter, while dropping 0.73% year-on-year.

"Inflation in the fourth quarter is likely to drop further, but at a slower rate in accordance with an increase in domestic demand as a result of government measures promoting domestic tourism, employment, and other stimulus packages that encourage household spending and purchasing power," she said.

"Some raw foods such as meat and fresh vegetables could increase from their low prices last year. However, energy price is a key factor to keep an eye on."

The Commerce Ministry is maintaining its forecast of annual headline inflation, which is expected to stay in a range of -0.7% to -1.5%, with an average of -1.1%.

In a related development, the Trade Policy and Strategy Office yesterday revealed its consumer confidence index, reporting that consumers remain cautious about spending as they fret about a possible second wave of Covid-19 and higher debt problems.

The survey found workers have spent mostly on food rather than shelter and transport, and recommends the government's top priority for assistance measures be food if fresh stimulus packages to help low-income earners are planned.