Buying opportunity in stocks during Q4

An investor looks at an electronic display of stock indices at Asia Plus Securities. (Photo by Pornprom Satrabhaya)

The country's economic forecasts are unlikely to be revised down further this year despite Thai stocks looking bearish in the fourth quarter, says Asia Plus Securities.

ASP recommends that investors accumulate stocks before the SET index's expected recovery next year to a target of 1,450-1,526 points (based on a price-to-earnings ratio of 20-21 times).

Therdsak Thaveetheeratham, executive vice-president for research at ASP, said five factors are pressuring the Thai bourse for the remainder of the year: a possible second wave of Covid-19; domestic political turmoil related to ongoing student protests that could impact capital outflows; the US election in November; the impact from the initial public offering of SCGP; and a return to normal SET rules on short-selling.

The IPO of SCGP could result in a large market capitalisation of 150 billion baht, making it a new constituent of the SET50 and SET100 indices. Institutional investors could be compelled to rebalance their portfolios.

Resuming normal rules for short-selling prices with a zero-plus tick and ceiling and floor limits of 30% by the SET could also have profound effects on the market. 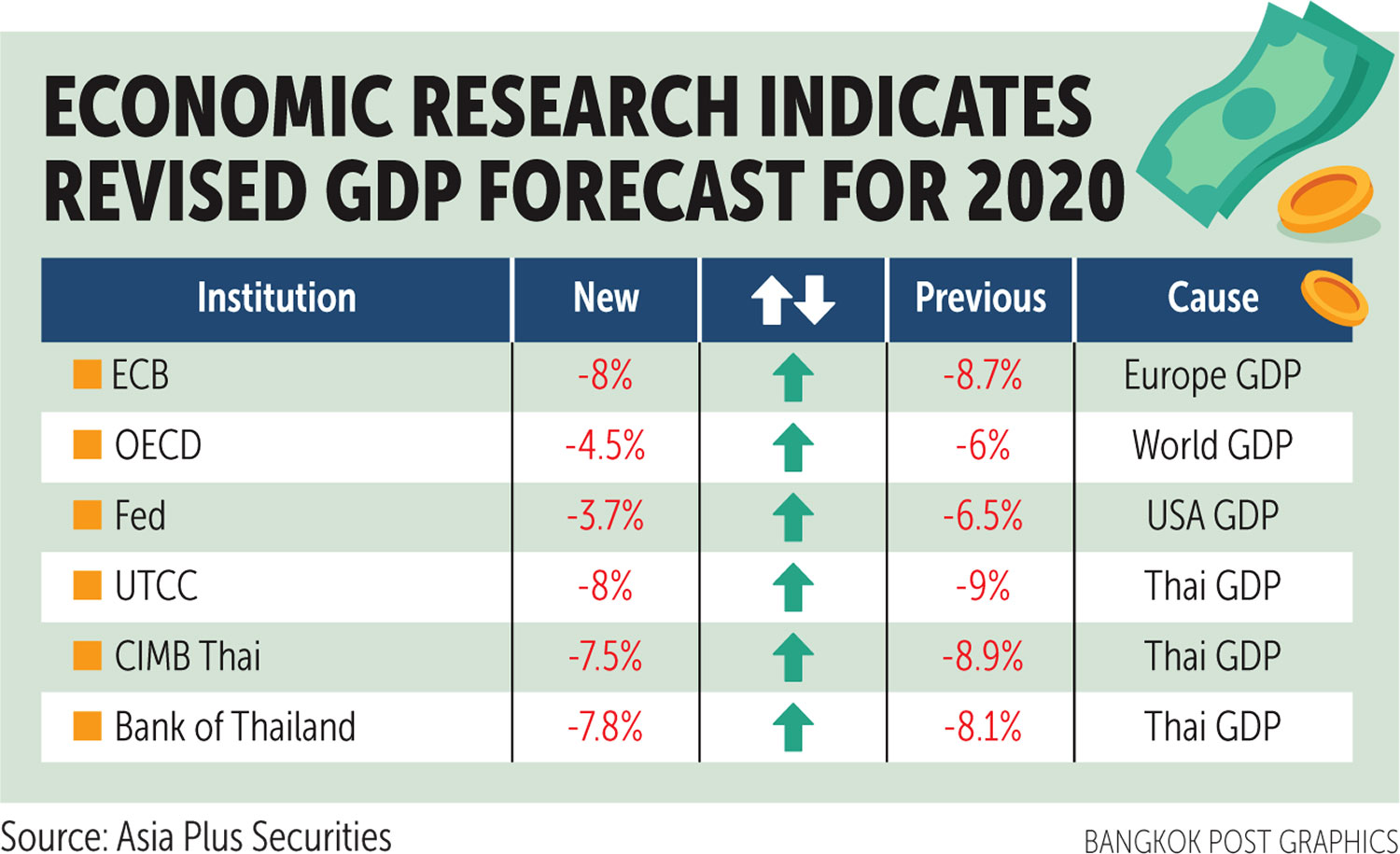 Mr Therdsak said the market will remain volatile this quarter. Moreover, buying demand from foreign and institutional investors (which can help support the market) at the end of this year is hard to predict because foreign investors' holding portion of 25.6% is the lowest in over a decade.

As foreigners have been selling off Thai shares since 2013, there is no money from long-term funds (LTFs) worth 30-50 billion baht to help support the markets at the year's end.

There are, however, opportunities to make a profit during a market correction that sometimes occurs about one month before a US election, Mr Therdsak said.

According to ASP analysis tracking historical data on the US stock market and presidential elections, US bourses usually move sideways down for about one month before the election date and rebound about two weeks before.

The movement of US stocks often influences many bourses around the world, including Thailand's.

Mr Therdsak said the domestic economy and market fundamentals are returning to normal and the bourse will likely rebound in the year 2021. The downside risk is limited because concerns over the government delaying fiscal 2021 budget spending have eased since the appointment of a new finance minister was announced.

"We believe that fund flows will return to stock markets when the five pressures are released, because of excess liquidity in the market and the wider group of retail-based investors who make the price of mid- and small-cap stocks move," Mr Therdsak said.

There were 510,000 newly registered securities trading accounts in the first eight months of the year, up from the normal level of 200,000-300,000 new accounts a year in the past few years.

As of September, total bank deposits amounted to 15.6 trillion baht, larger than the SET's market capitalisation. Based on historical precedent, the SET index will likely level up in a situation where bank deposits are higher than market cap, Mr Therdsak said. He cited a similar situation in 2009.

ASP also expects the Bank of Thailand's Monetary Police Committee to cut the policy interest rate once again this year, a move that would be supportive of the stock market.