Visitors have dwindled, but the island's first five-star resort is tapping the domestic market to cope

When the pandemic put the global economy in crisis, the ripple effect carried as far as Koh Lanta, an island in Krabi province.

"Koh Lanta has never been this empty. The island is now as deserted as when it was first discovered by tourists 30 years ago," said Charintip Tiyaphorn, the second generation of the family that owns Pimalai Resort and Spa -- the oldest five-star hotel on the island.

Pimalai, established in 2001, and a resort with a different owner, Layana Resort and Spa, are the only five-star hotels on the island.

For nearly two decades, Pimalai has faced unforeseen events that shook travellers' confidence, starting with the Sept 11, 2001 attacks in the US, followed by the Sars epidemic, the Indian Ocean tsunami and a string of domestic political crises.

"All of the incidents that we have encountered cannot compare with the ongoing Covid-19 outbreak, the most devastating impact with no end in sight," said Ms Charintip, who is the financial controller of the resort. "It looks like we have to rebuild Pimalai from scratch."

At the moment, half the hotels on the island (about 5,000 rooms) are still closed for lack of foreigners. Operators are pinning hopes on reopening in November and December when the Andaman high season approaches.

After Koh Lanta Marine National Park reopened for the new season on Oct 15, the tourism industry on the island is expected to pick up.

The overall tourism situation in mainland Krabi is tepid, particularly in the Ao Nang area where 24-hour convenience stores have shut down, Ms Charintip said.

Although most four- and five-star hotels have reopened in the province, just 30% of three-star hotels are back in business because of soft demand and expensive air tickets. 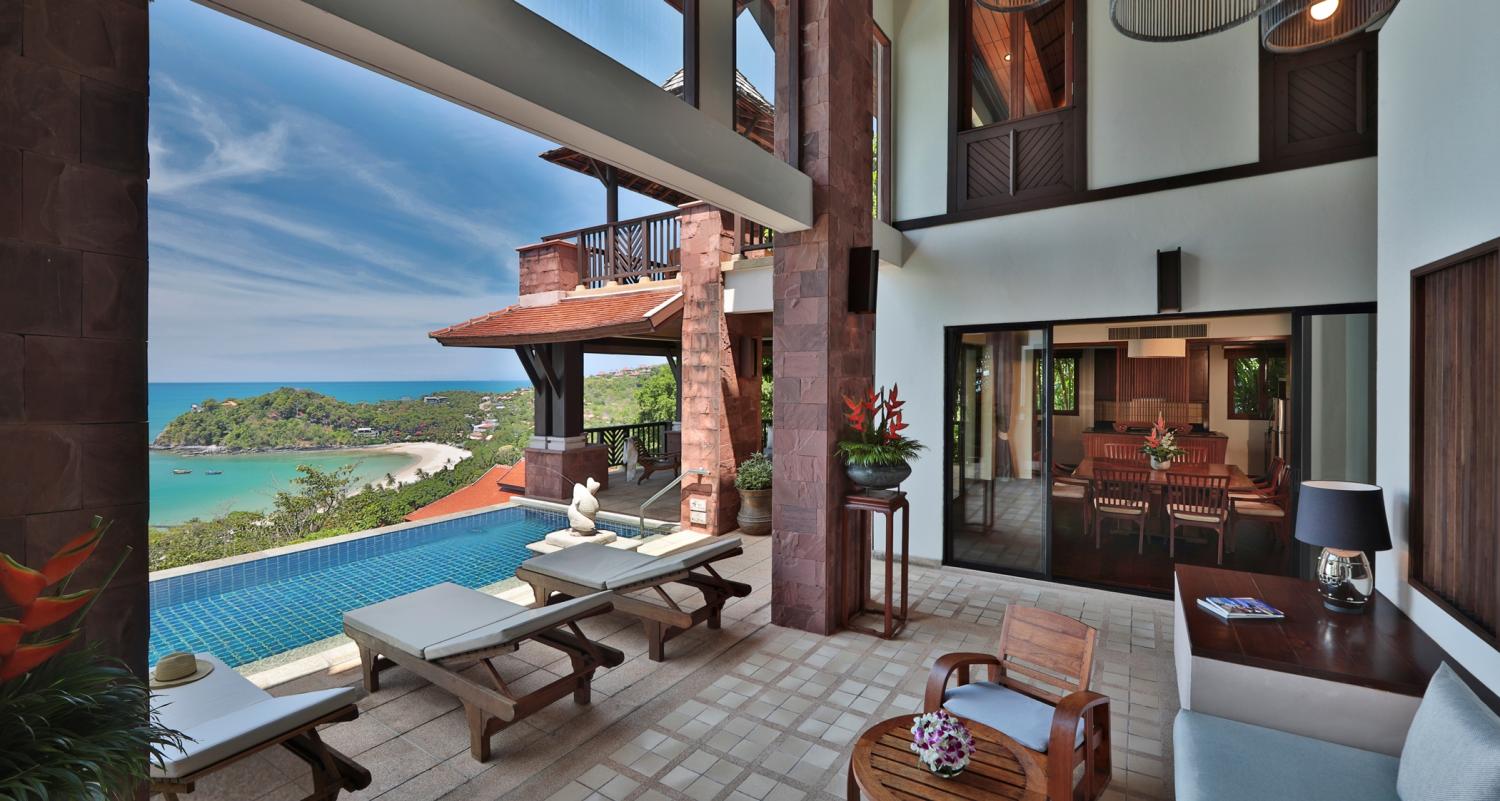 Pimalai Resort and Spa was founded in 2001 by the Tiyaphorn family and is considered the oldest five-star hotel brand in Koh Lanta.

Before the pandemic, 95% of guests at Pimalai were international tourists from Britain, Germany and China, with an average occupancy rate of 70% throughout the year.

Now that many places worldwide are imposing strict travel restrictions, the 121-room resort is twisting its game plan to focus on the domestic market. Some 90% of guest nowadays are Thais.

The occupancy rate at Pimalai is about 35%, and the ADR (average daily rate) has been lowered to one-third of the normal price to attract local tourists, particularly Thai outbound travellers and incentives groups.

Management also encourages guests to extend the length of stay, from one night to three days and two nights.

Ms Charintip said the per-room costs are quite high because the hotel offers rooms plus breakfast and transport services, including round-trip land and water transport that costs about 4,000 baht -- and rates for the rooms themselves start at 4,000 baht.

The domestic stimulus campaign known as We Travel Together has become an important tool to help operators transition from international tourists to the domestic market.

Pimalai is gaining a reputation among local customers from the campaign, while repeat guests can plan an extended vacation at the hotel as they receive a subsidy from the government.

"We have to put a tremendous effort into the domestic market for the first time in 19 years, besides participating in the Thai Tiew Thai fair every year," Ms Charintip said.

As Covid-19 spreads across the world and vaccine development remains uncertain, long-term planning is difficult. Under the circumstances, management must monitor the situation step by step before proceeding carefully to plan the direction of Pimalai, Ms Charintip said.

This year the company had to postpone a new five-star hotel project worth 550 million baht at Tubkaak beach, Krabi. The property was scheduled to begin construction in May.

Pimalai has decided to wait at least two years until the situation improves.

In the coming year, plans call for stringent cost-cutting methods in every possible way to stay afloat, including controlling fixed cost and variable cost.

Some 25% of staff were laid off following the temporary closure from April to July. In the end, the resort had to let go of 200 employees.

Ms Charintip said she never imagined that cash reserved for 12 months of operations would be insufficient, but the pandemic is set to linger for longer than a year and continue to ravage the industry.

The financial plan to help Pimalai get through the crisis is to become more flexible and keep sufficient cash flow in reserve for operations until next March.

Ms Charintip said the hotel sees several possible scenarios based on the time period when leisure international tourists can enter the country without mandatory quarantine or with eased conditions.

The best-case scenario envisions tourists from short-haul markets visiting Thailand by next July, while the base case anticipates such visitors no earlier than November.

In the worst-case scenario, no international guests would come and the government's domestic tourism stimulus would lapse.

Tourism operators cannot depend on the domestic market alone, Ms Charintip said. Therefore the country needs to find the most practical way to open up to tourists and prevent more losses from the second wave of Covid-19.

"Recently the government has sent signals about reopening the country more," Ms Charintip said. "But we need a clearer single message in order to know what we need to do next to welcome foreign guests."

Pimalai has trained staff and made contingency plans to cope with emergency cases or a second wave of infections, including the creation of a new post called Covid manager to coordinate with local hospitals.

Elon Musk’s Starlink gets nod to provide internet in Philippines