Use of FTA perks, GSP declines in first 7 months
Business

Use of FTA perks, GSP declines in first 7 months

The use of free trade agreement (FTA) privileges and the Generalized System of Preferences (GSP) by Thai exporters fell by 14.8% year-on-year in the first seven months of 2020, in line with the country's lower overall exports because of the pandemic. 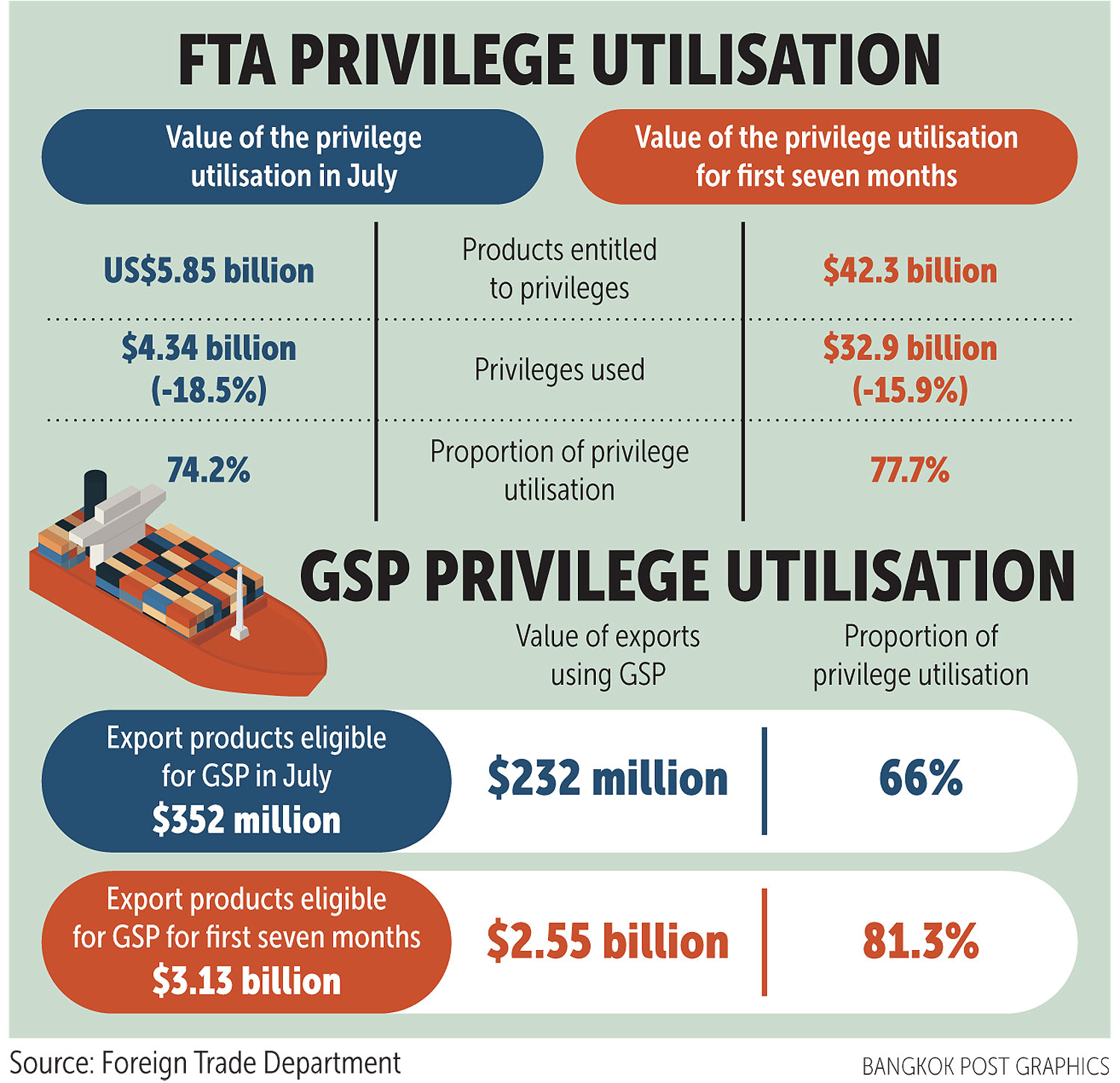 The Foreign Trade Department said yesterday the use of privileges under FTAs and the GSP by exporters totalled US$35.4 billion between January and July.

The top five export markets with the most use of FTA privileges were China, Asean, Japan, Australia and India.

The Thai-China FTA fetched the greatest value for the period, at $11.2 billion, followed by the Thai-Asean FTA, which accounted for $10.8 billion. Thai-Japan privileges were worth $3.89 billion.

The Thai-Australia and Thai-India FTAs stood at $3.42 billion and $1.78 billion, respectively.

Thailand has 11 FTAs in place, excluding the Thailand-New Zealand FTA, which requires self-declaration for proof of origin, and the Asean-Hong Kong FTA, under which import tariffs on most of the products from Thailand were waived before the pact.

The GSP is used for trade with the US, Switzerland, Russia and the CIS, and Norway. Japan removed preferential tariffs for Thai products last year.