The Bangkok condo market will likely be in a correction until next year and take a few years to return to normal.

After heavy discounts to clear inventory and a sharp decrease in new supply, the Bangkok condo market will likely be in a correction until next year and take a few years to return to normal.

"Discounts will continue until the market fully recovers," she said. "We have seen many developers report healthy presales revenue in the second quarter of 2020, which helped them get through tough times."

She said it was better to sell at a slim profit margin than not sell at all. From the level of unsold units, this situation will persist for at least the next year, depending on how the outbreak pans out. 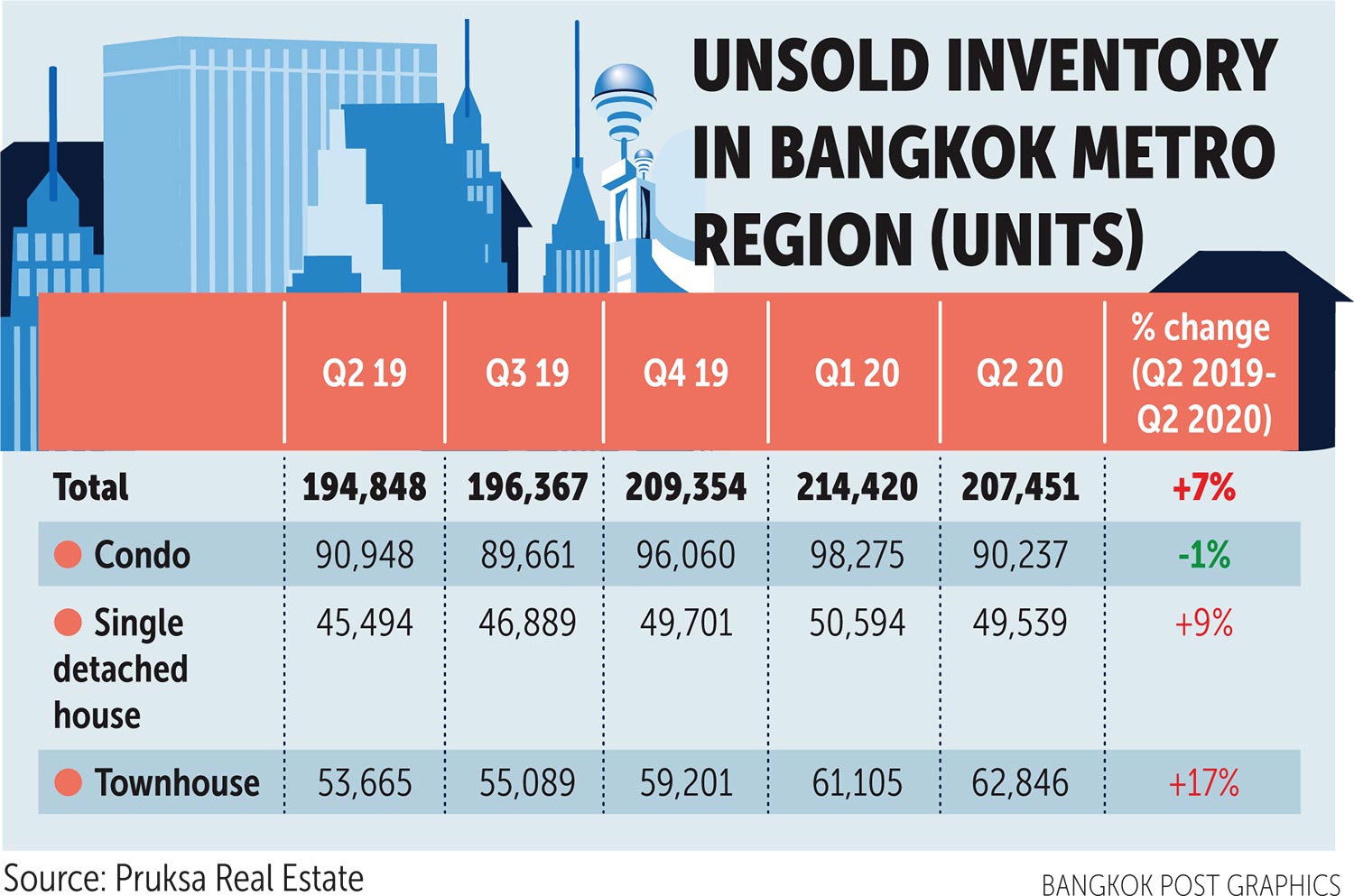 "Good sales performances after heavy discounts have made many developers realise that, in recent years, condominium prices have been mismatched," Ms Aliwassa said.

She said the low number of projects launched this year is actually a good opportunity for the market to correct itself in time.

"Developers are realising that prices of condos, especially in Bangkok and other major cities, have exceeded the affordable level of locals," she said. "Before the pandemic, without domestic demand, developers could depend on foreign buyers. At this point, they need to lower their price point to match locals' purchasing power."

Most projects previously scheduled to launch this year were postponed until the market recovers. Even with fewer launches, though, demand remained high in the residential market, providing an opportunity to absorb unsold inventory.

"Condo demand in some locations remains strong," he said. "A decreasing number of new condo projects launched in the market allows our new projects to stand out." 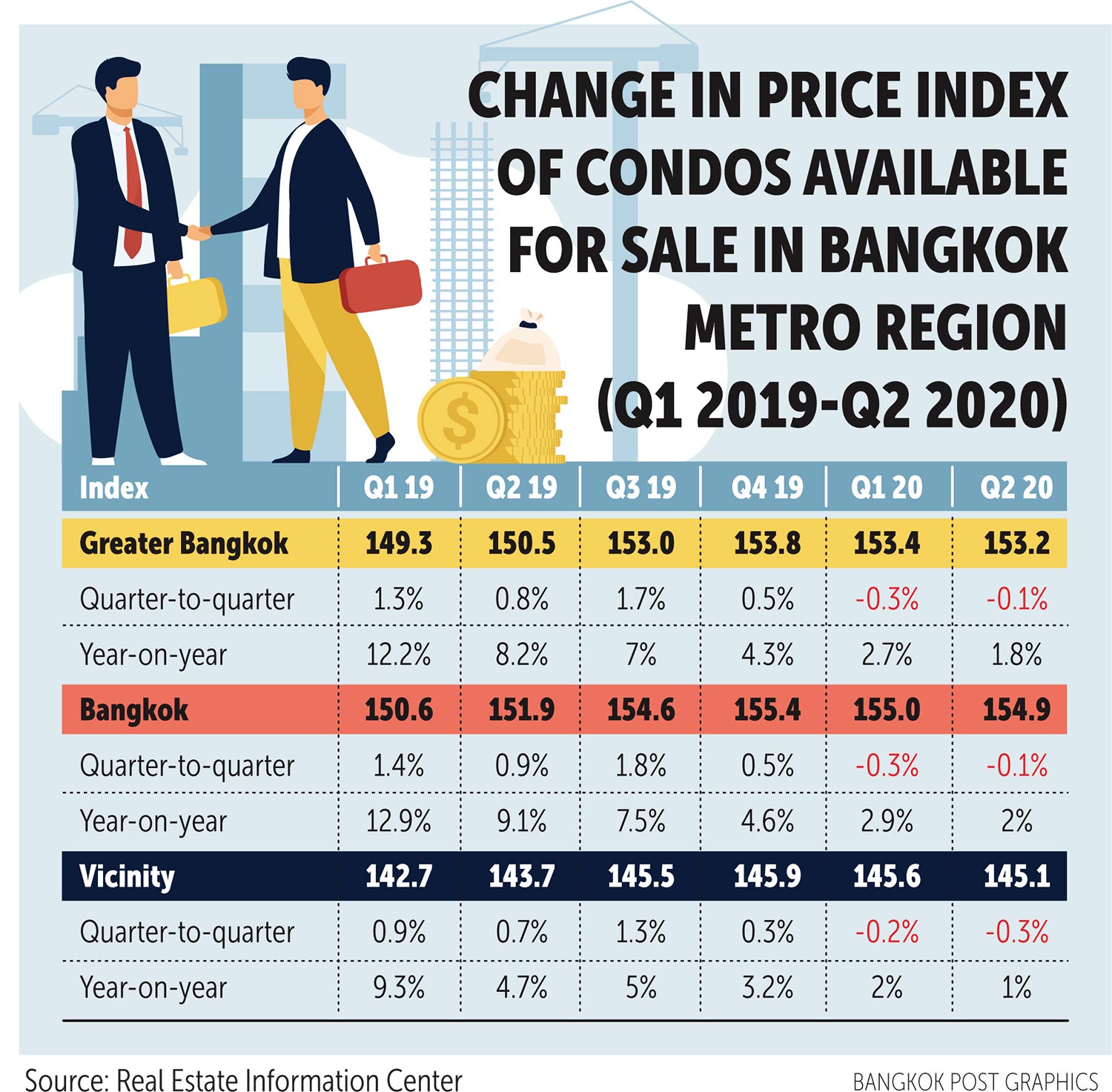 In the first half, Supalai reported a 50% drop in condo presales versus the same period last year.

"New condo supply being launched in the first half shrank 70%, and this trend will continue in 2021 as the number of land purchases for future development of condo projects declines to the lowest in over a decade," Mr Tritecha said.

When concerns about the pandemic subside or vaccines are introduced, condos will make a return -- mostly near mass transit lines -- and be more affordably priced than low-rise houses to meet demand better, he said.

"Many developers offered discounts and campaigns to attract buyers because they needed cash flow," Mr Tritecha said. "When their financial status improves, discounts may be unnecessary."

"The condo business is in a dip, but this will be short-term," he said.

The crisis could be a one-off event like the Sept 11, 2001 attacks, which at the time made many Americans want to move away from Manhattan. One year later, everyone resumed buying homes in New York City, Mr Chanond said. 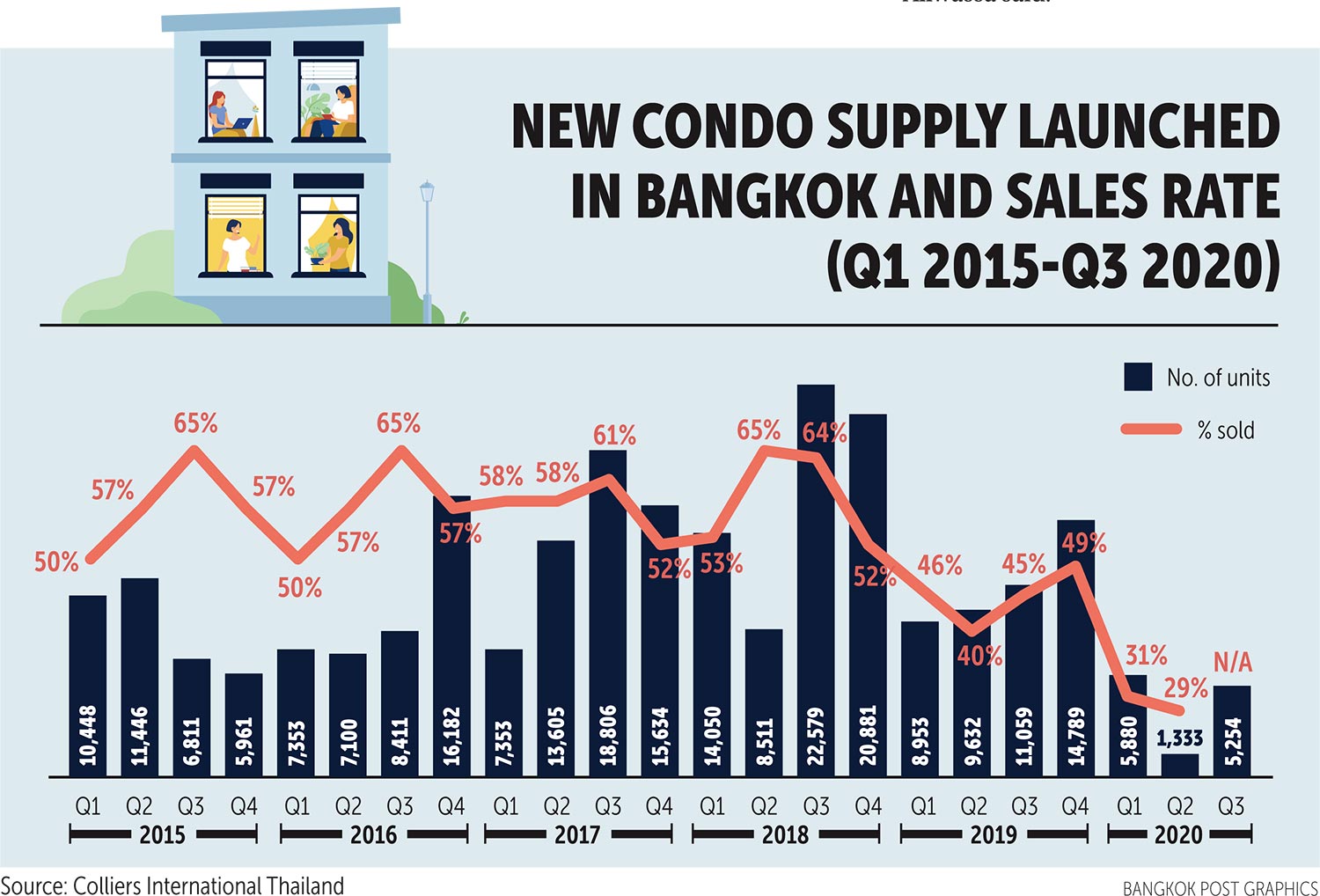 "In the aftermath of the widespread floods of 2011, many people also did not want to live in low-rise houses; but just nine months after the waters receded, everything returned to normal," he said.

Mr Chanond voiced concern about economic weakness having the most impact on residential demand, purchasing power and employment.

New graduates, who would represent new residential demand, may be facing the worst job market conditions in decades.

"The government should boost the domestic economy by restarting tourism, as the sector is a key driver of economic growth," Mr Chanond said.

He suggested a visa strictly for Phuket or Samui entry, as this could help retain and boost the local economy in those destinations, indirectly driving the property market.

Ms Aliwassa of CBRE said the 2021 outlook is full of uncertainty and dependent on many factors, both local and global in scale.

"The second half of 2020 should be a recovery period for many sectors in the market, but the key challenge will be the ongoing financial pressure that both consumers and companies have to face," Ms Aliwassa said.

WASHINGTON: Former US Vice President Walter Mondale, a liberal icon who famously told voters to expect a tax increase should he win the presidency, died Monday, US media reported. He was 93 years old.

State-owned Government Savings Bank (GSB) will focus on handling bad debts as its top priority this year in a bid to curb outstanding loans from turning sour.

ANDERMATT, Switzerland: A giant snowman brandishing a pitchfork exploded in a blaze of fireworks atop a pyre on a snowy mountain pass named Devil's Bridge on Monday, the first time the spring festival ceremony has been held outside the Swiss city of Zurich.