As more customers look to branded residences for a retreat or second home away from urban hustle, well-being needs to be a focal selling point

As the world faces a global health crisis head-on, more people are conscious of well-being and are trying to prevent chronic diseases.

Many lifestyle industries have adapted their products and services to this customer demand, including branded residences, often looked at as second homes for buyers looking for a retreat. A property consultant thinks such residences need to put more effort into emphasising this strength to customers.

Developers and operators in this segment are stepping up their health and safety measures to attract residents who prioritise healthy living and want standardised well-being support.

In 2019 and 2020, the number of branded residence units in Bangkok is expected to increase by three times to more than 1,300 units, up from 449 in 2017, according to property consultant CBRE Thailand.

The trend was ignited by an increase of luxury hotels in the pipeline, projected to offer 1,626 rooms within three years in the central business district and Chao Phraya riverside.

The growth of branded residences coincides with mixed-use development, such as Dusit Central Park and other large development projects trying to diversify because of pricey land costs in downtown Bangkok.

The upcoming residential development around Dusit Central Park -- Dusit Parkside and Dusit Residences -- is an example of a new project that had to rethink health and hygiene factors before it opens in 2024.

Suphajee Suthumpun, group chief executive of Dusit International, said prior to the outbreak, the company was already affected by the high levels of hazardous PM2.5 dust in Bangkok, which prompted it to design properties that can eliminate pollution concerns, such as providing air purifier systems.

Apart from social distancing measures, the company now considers alternative materials for a healthier environment, such as limiting carpet use because it can be a source of germs.

She said demand from the super-luxury segment will remain strong after the outbreak.

In addition to Thai customers, Hong Kong is a target market as Thailand is among their preferred destinations for migration. Some people in China are also interested in Dusit's residential projects, according to a market survey.

To attract those who already have firm demand, the company announced a green landmark project: a rooftop park at Dusit Central Park.

Mrs Suphajee said Dusit Central Park gives residents scenery and foliage on a rooftop park with a view of Lumpini Park across the street.

The goal of the design is to bring people closer to nature, especially those looking for a hideaway from the busy city.

"People have been heading to less crowded environments within driving distance from Bangkok for temporary stays, or buying luxury properties in Hua Hin after inter-provincial travel was allowed," said Tjeert Kwant, chief executive of Banyan Thailand Group, a Hua Hin-based developer, referring to behaviour after the Thai government lifted the lockdown.

Demand for properties outside big cities has grown significantly, particularly with people comfortable with social distancing and working from home, he said.

Phuket, a destination popular with foreigners, is considered another strategic location for branded residences.

CBRE said investors decide to buy luxury resort property in Phuket not only for their beach vacations, but also as an investment that can deliver income in the long run.

Buyers tend to invest in branded property based on the reputation of the residence brand, whether it is a well-known local hotel corporation or an international chain, said CBRE. 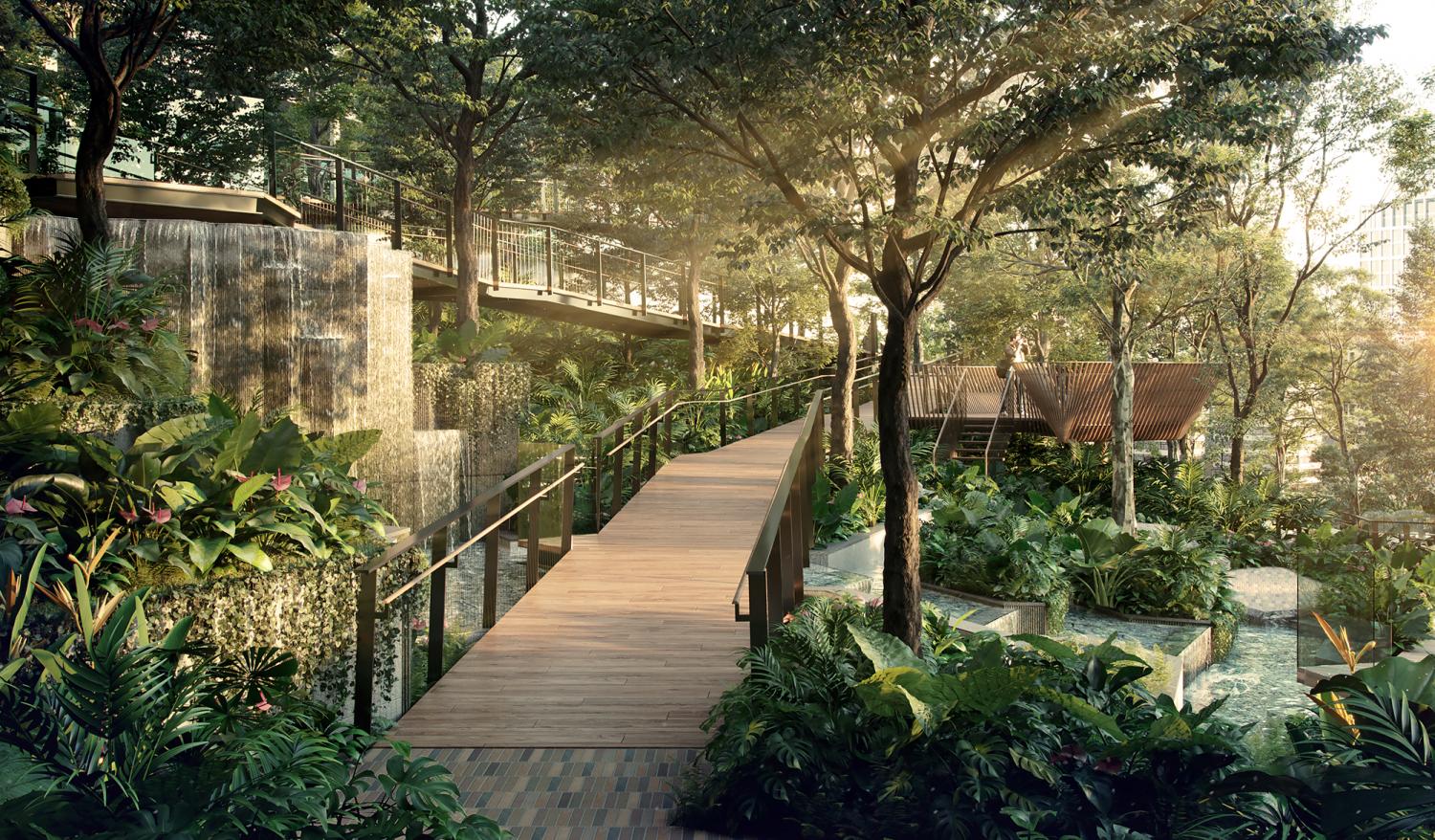 An artist's depiction of the roof park planned for Dusit Central Park, which aims to add more green space to the city.

WELLNESS IS A PLUS

As Thailand has a good reputation in terms of virus preventive measures and is recognised as a leading destination for health and wellness, it is important for branded residences to market this advantage to attract more guests.

Mrs Suphajee said the company will focus on wellness and continue to add more health-related services to residence projects.

For Banyan, Mr Kwant said a lot of people are expected to be more health-conscious even after the virus subsides, seeking ways to look after their well-being.

"We have promoted and positioned ourselves as offering an active, healthy lifestyle for a long time," he said.

The group offers golf memberships at Banyan Golf Club located near its villa and other benefits for its residents, such as tennis courts and fitness.

Both Banyan residents and elderly foreigners residing in the Hua Hin area are the target market for these services.