The Securities and Exchange Commission (SEC) is preparing to strengthen regulations pertaining to tokenisation and real estate-backed and asset-backed initial coin offerings (ICOs) to protect investors. 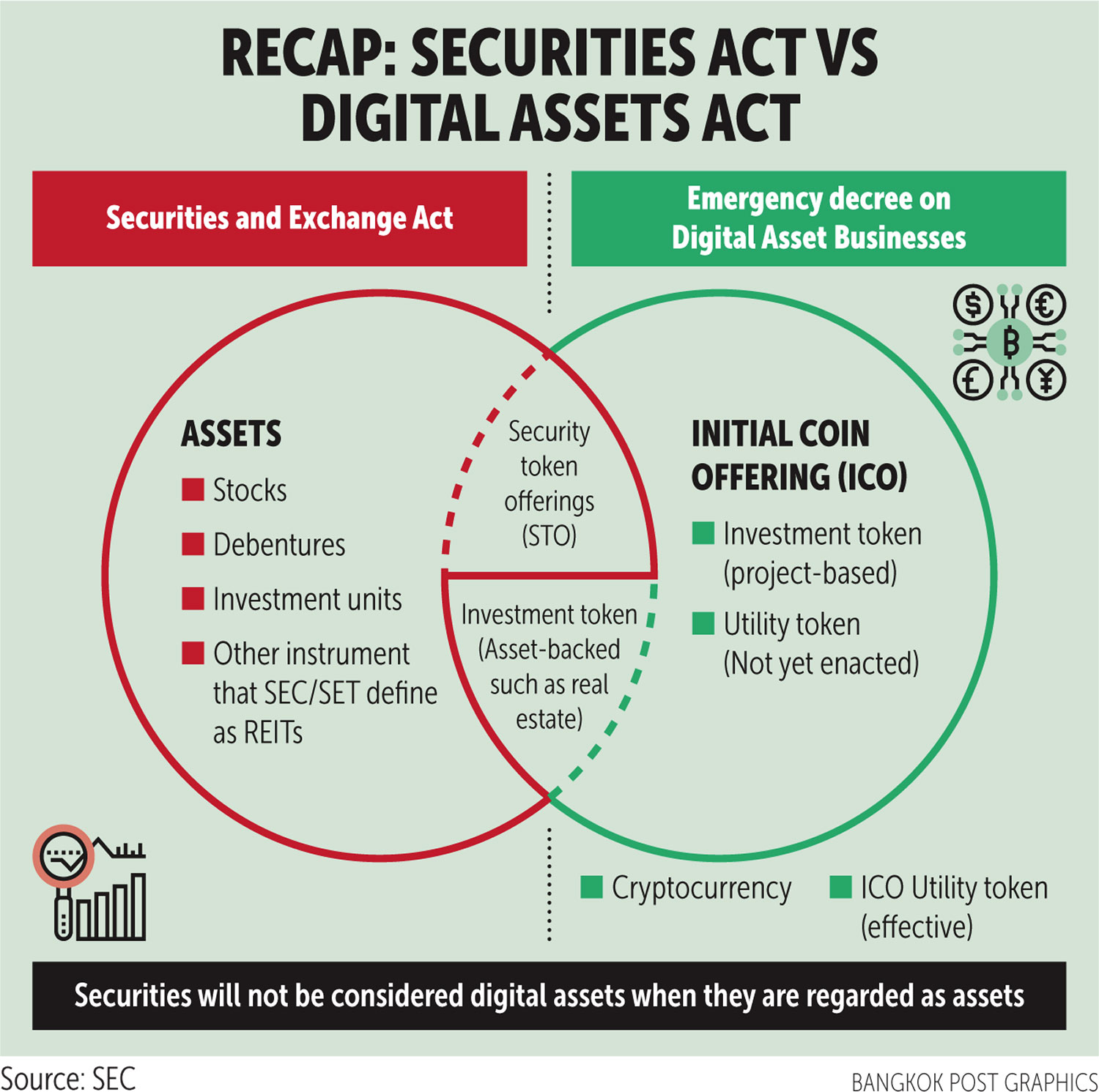 Individuals and corporations are increasingly interested in tokenising real estate such as office buildings and condominiums, and other assets such as pictures, jewellery and accounts receivable, offering them to the public for sale through asset-backed ICOs.

Asset-backed ICOs are supervised under the Emergency Decree on Digital Asset Businesses of 2018, and in substance similar to securities such as real estate investment trusts (REITs), securitisation and depository receipts (DR).

However, under the Securities and Exchange Act of 2008, if the digital tokens offered for sale have the same characteristics as securities, they will technically be considered as securities and thus have to comply with the rules under the SEC Act, even though they are issued digitally.

The disparity between the laws raised concerns about regulatory arbitrage.

"Regulations related to public offerings under both laws differ as the regulations under the decree are more lenient," said Jomkwan Kongsakul, assistant secretary-general of the SEC.

Moreover, the SEC recently observed that some asset-backed ICOs are structured similarly to REITs, but cannot be considered as such.

To close the gap and prevent regulatory arbitrage, the SEC is in the process of revising regulatory guidelines for real estate-backed and other asset-backed ICOs to make them comparable to securities issuance regulations.

There are four ICO portal companies authorised by the SEC and three other companies in the application process.

However, no ICO project has been initiated since the Emergency Decree on Digital Asset Businesses became effective on May 14, 2018.