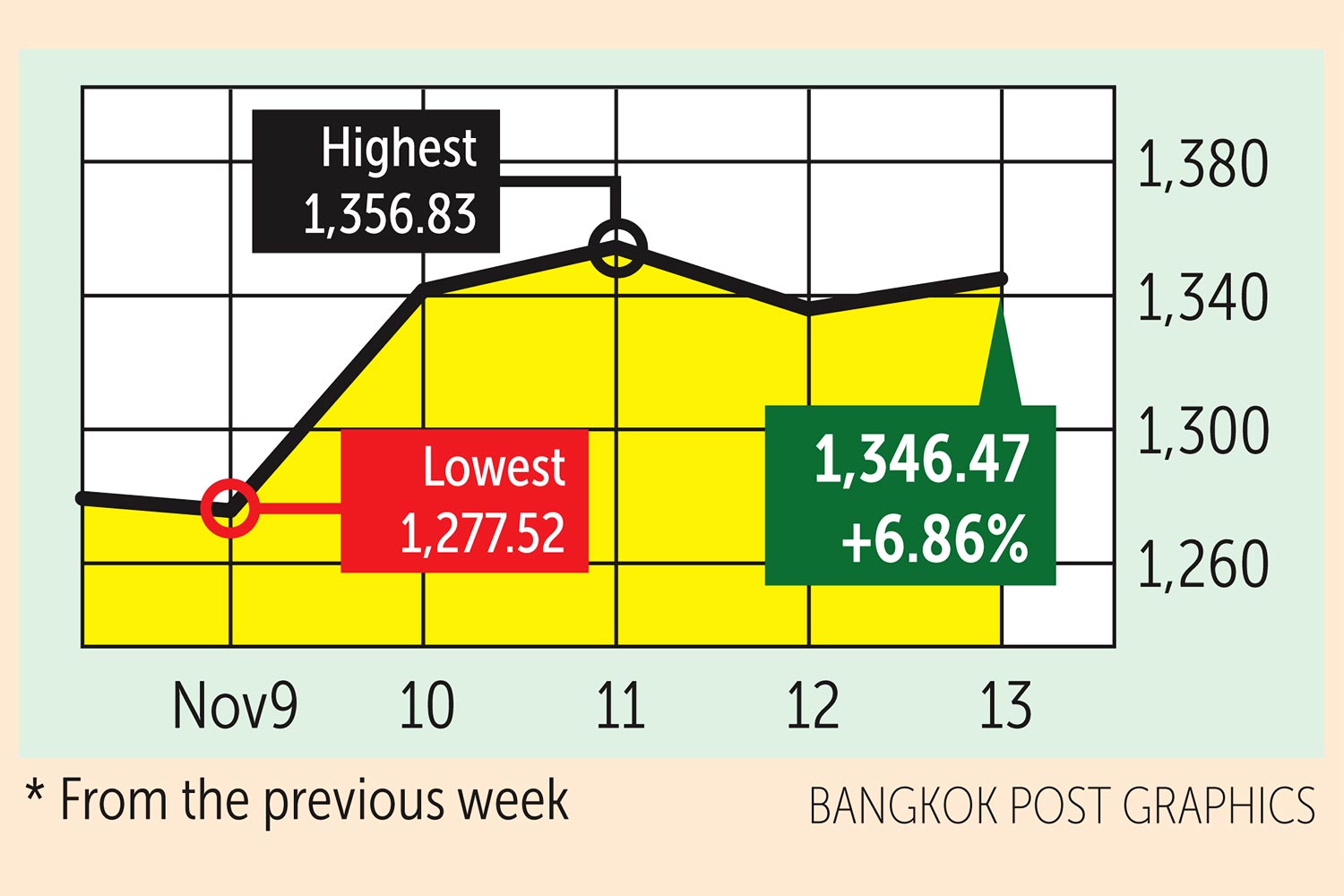 Newsmakers: US President-elect Joe Biden has begun the transfer of power that Americans hope will turn the page on four years of divisiveness, even as his defeated rival Donald Trump refuses to concede and continues to cast doubt on the election results.

Coming up: Thailand will release third-quarter GDP data on Monday and Japan will release a preliminary Q3 GDP reading. The US will release October retail sales on Tuesday.

Stocks to watch: Finansia Syrus Securities has a positive outlook on bank stocks as the Bank of Thailand will allow banks to pay dividends after stress tests suggest there is adequate capital for reserves. But payment will be limited to 2019 operations and must not exceed 50% of net profit. FSS expects KKP to provide a dividend yield at 7.2%, followed by TISCO and SCB at 5.2% and 4.4%, respectively.