The average occupancy rate for prime office space in the central business district (CBD) in the third quarter decreased to 91.6% from 93.6% in the second quarter, as companies affected by the Covid-19 outbreak scaled down their space. 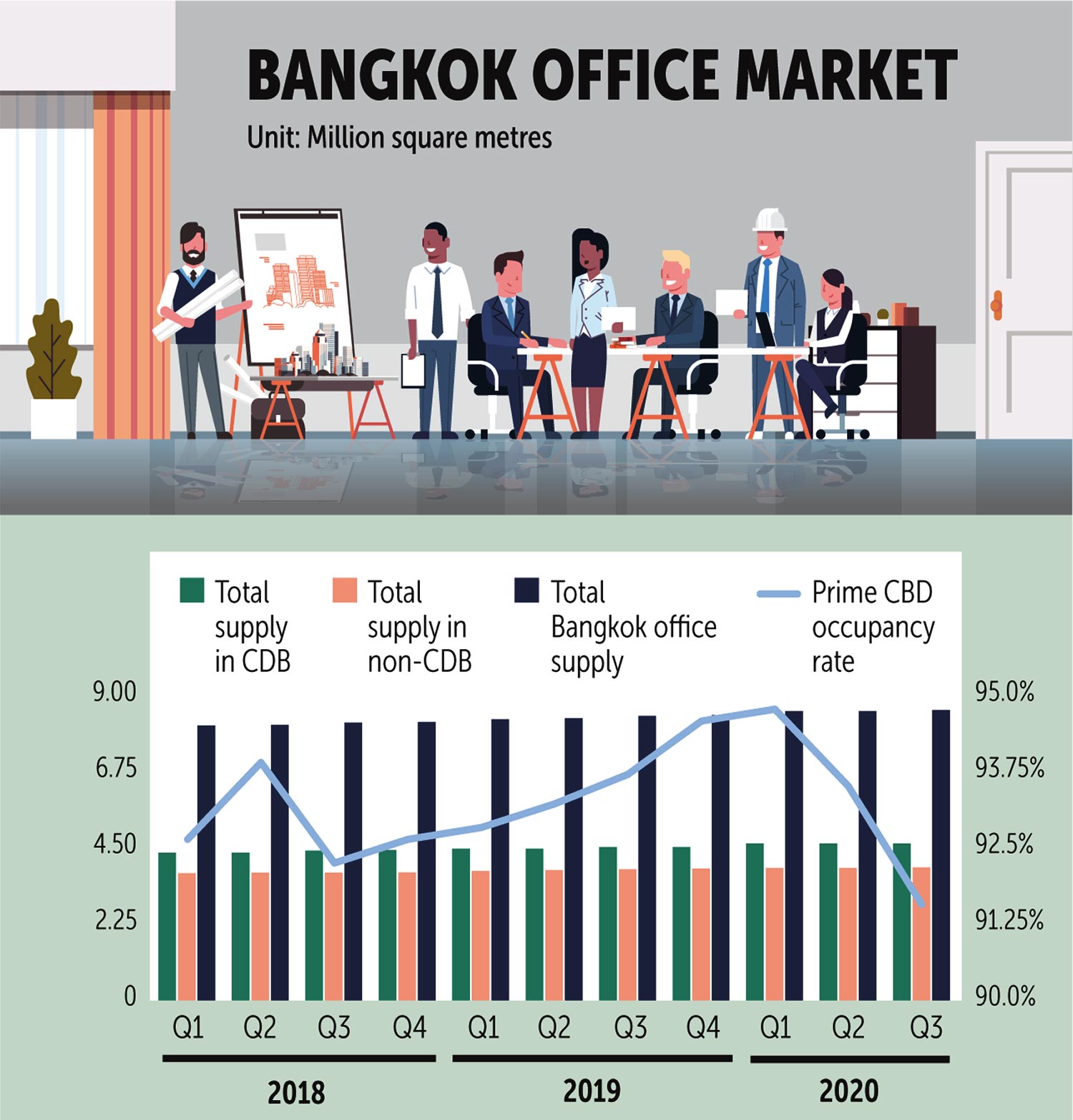 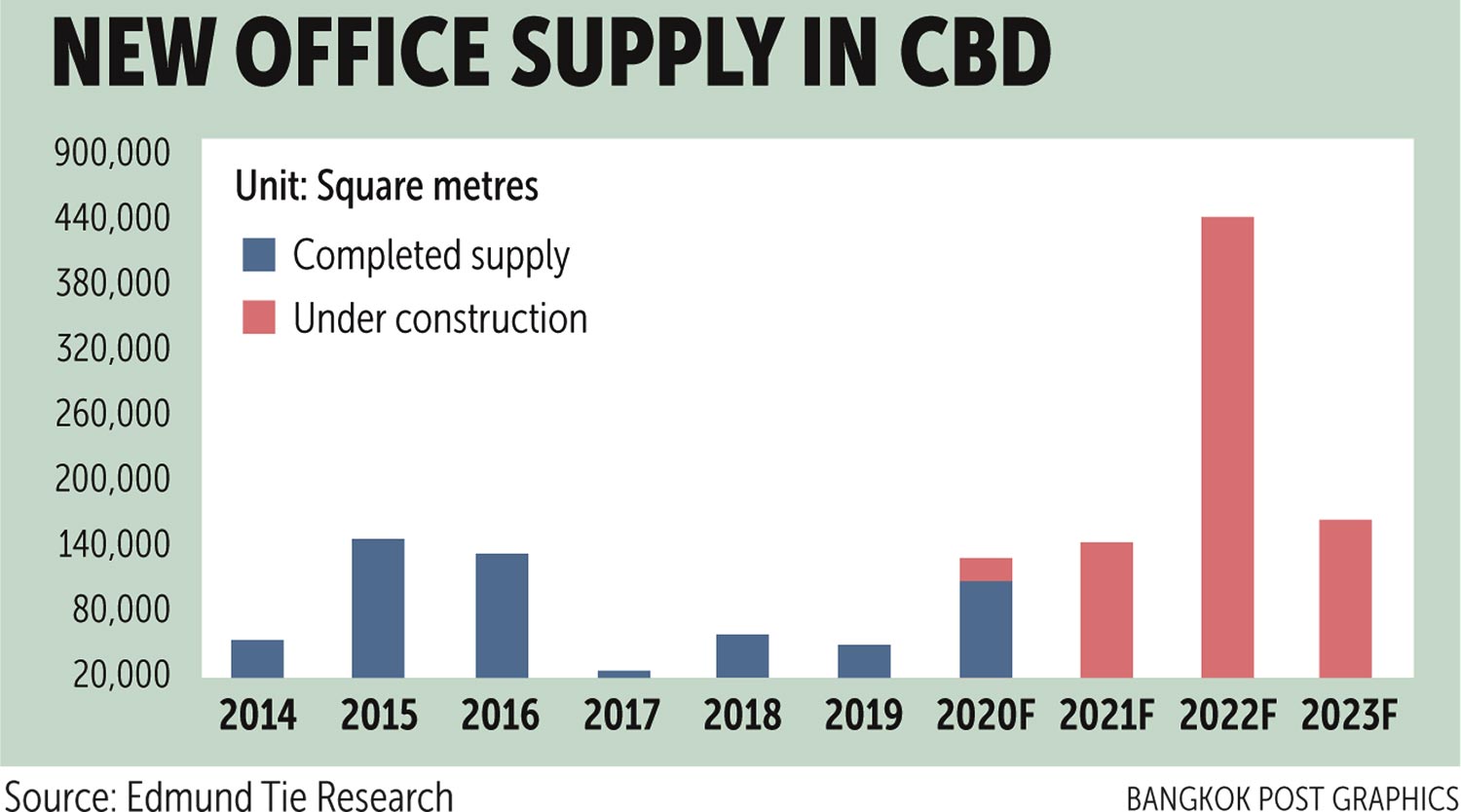 "The muted economy caused many firms to close down," she said. "This included several sectors, such as automotive, airlines, hotels, finance and even Thai language schools for foreigners."

To survive, some companies had to lay off staff to reduce costs. Some relocated to smaller spaces to save expenses.

These factors resulted in a decrease in the average occupancy rate of office towers in the CBD in the third quarter of 2020.

According to Edmund Tie Research, total office supply in Bangkok in the third quarter was 8.86 million square metres, rising 0.3% from the second quarter.

New supply in the third quarter was from Major Tower Rama IX–Ramkhamhaeng, developed by SET-listed developer Major Development. The 24-storey building at the Ramkhamhaeng–Rama IX intersection has a total lettable area of 25,181 sq m.

The tower led to a quarter-on-quarter rise of 0.6% in total office supply in the non-CBD area to 4.06 million sq m.

In the CBD, office space remained unchanged at 4.79 million sq m in the third quarter.

Ms Neeranuch said Bangkok office supply in the final quarter is forecast to increase after completion of Sathorn Prime, which will provide a total lettable area of 21,000 sq m.

Outside the CBD, no new office buildings are expected in the fourth quarter, she said.

"With an economic slowdown and business sectors experiencing the impact of the pandemic, developers have deferred the launch of new office buildings to 2021 and 2022 when the pandemic subsides," said Ms Neeranuch.

She said the landlords of some office buildings in the CBD area are using this slow period to renovate their buildings and improve facilities to maintain attractiveness and retain existing tenants.

Average asking rents of office buildings in the fourth quarter are forecast to remain unchanged, compared with the third quarter.

"During a weak demand period, landlords should be more flexible to retain tenants and secure occupied spaces," said Ms Neeranuch.

Under current circumstances, when business decisions are suspended because of weak economic sentiment, political unrest and looming concerns about a second wave of the pandemic, a recovery in office space demand will likely be slower than expected, she said.

In the meantime, a surge of new office supply the next few years is a threat to the market and can lead to a glut, said Ms Neeranuch.