Private funds saw huge growth in the first nine months of the year, despite the outbreak and the shrinking economy, according to data from the Association of Investment Management Companies (AIMC) and the Securities and Exchange Commission (SEC). 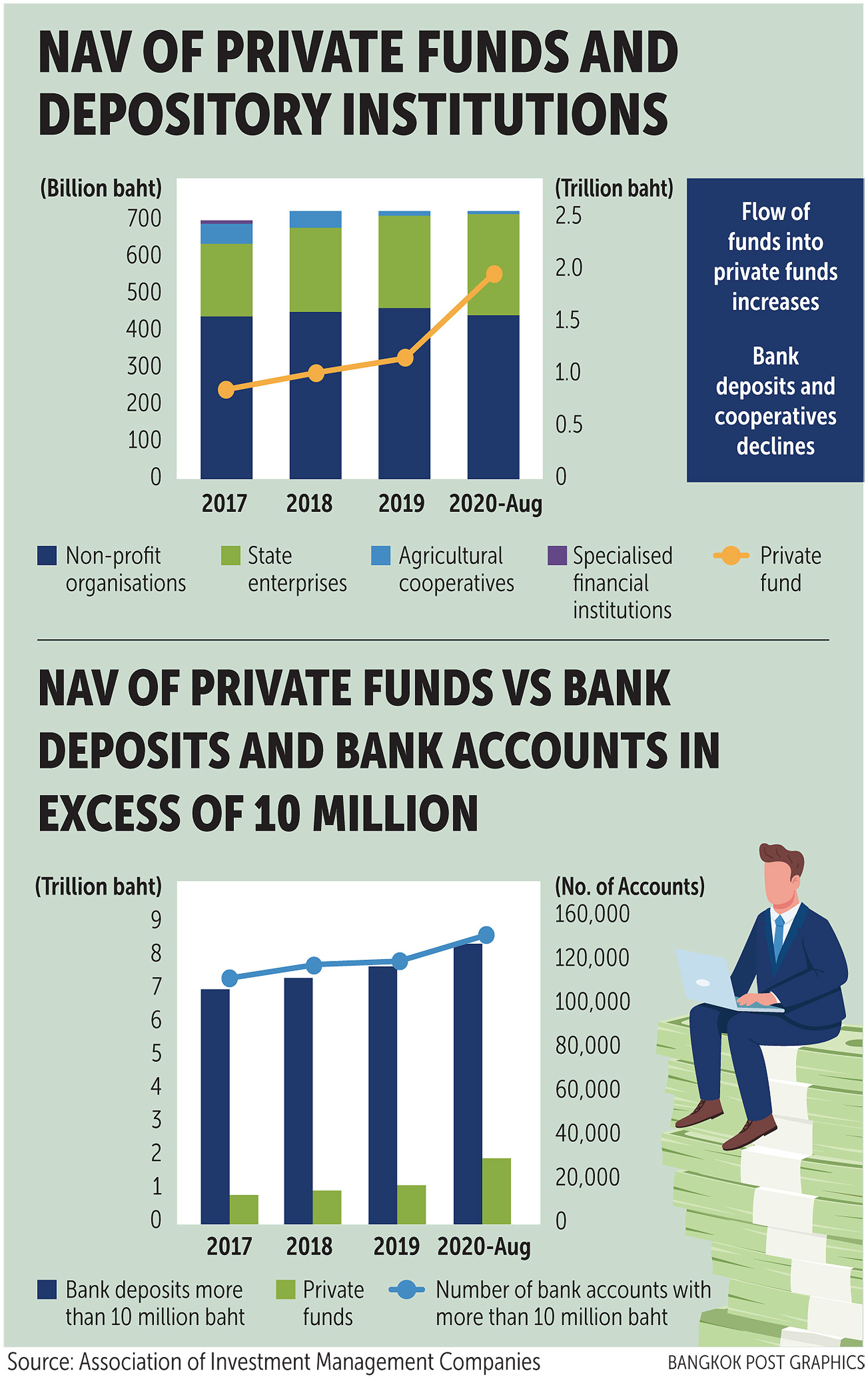 The AIMC reported the size of private funds grew 69.7% over the period, with total assets under management reaching 1.90 trillion baht by the end of September from 1.12 trillion at the end of 2019.

“The rapid growth of private equities suggests Thais are diversifying their investments better than in the past,” said Kongkiat Opaswongkarn, chairman at Asia Plus Securities.

He said the factors driving growth of private funds are low interest rates and negative average returns on domestic equities (-20%), which motivated people to diversify investments into foreign markets like the US and China, private equities and safe investment products like foreign bonds.

He said the entrance of new players, especially foreign private wealth management firms, over the past two years pressured local and existing players to communicate more with their customers.

According to data from the AIMC, savings cooperatives have continued to migrate their funds from bank deposits to private funds over the years in search of higher returns.