Analysts expect a resurgence in initial public offerings (IPOs) next year, when many companies that delayed listing on the Stock Exchange of Thailand (SET) because of the pandemic are likely to offer shares amid renewed market enthusiasm. 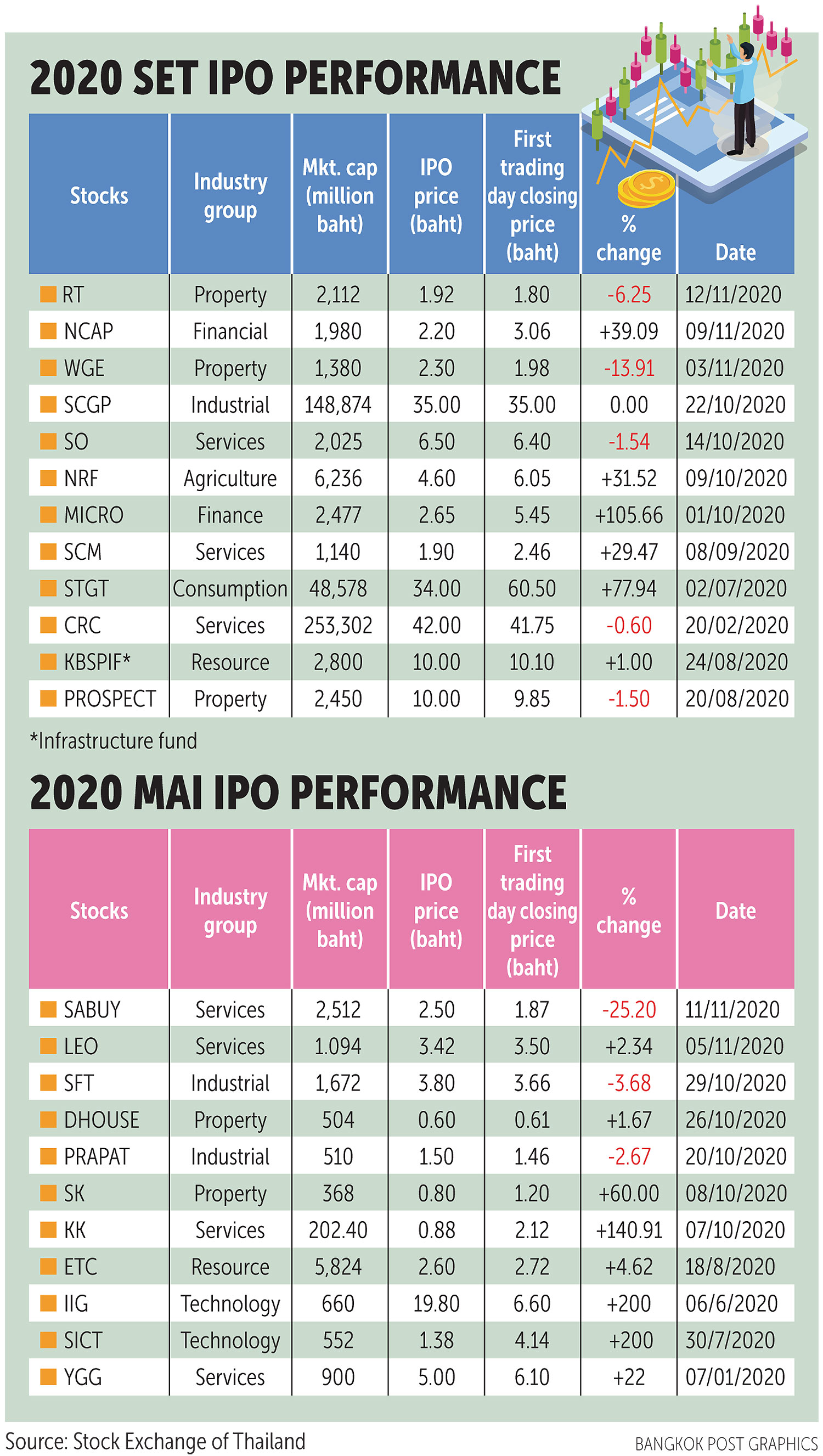 The market improved earlier this month with the victory of Joe Biden in the US presidential election, expected to lead to a softening of US trade policy in Asia, as well as significant progress towards a Covid-19 vaccine by multiple pharmaceutical companies.

However, the vaccines are not expected to be widely available until the second half of 2021, meaning Thailand’s tourism sector may not begin its recovery until late into next year once travel restrictions are lifted, and the market has still not returned to pre-pandemic levels.

The stock market, which some consider a future economic index, will recover first, followed much more gradually by the nation’s actual economy, he said.

Mr Chaiyaporn advised the government to continue to inject liquidity into the economy and support struggling small businesses, airlines and hotels most affected by the pandemic.

The SET index has increased around 150 points or 13% in the fourth quarter so far, but returns remain down 10% year-to-date.

“However, if good market sentiment continues, we estimate an influx of new IPOs early next year, including large listings on the SET such as PTT Oil and Retail Business [PTTOR],” he said. “PTTOR is likely to be the largest IPO next year, with expected market capitalisation of around 250 billion baht, similar to Central Retail Corporation’s [CRC] listing on the SET earlier this year.”

Lec Sicoravit, president of Asia Plus Securities (ASP), said markets have gained momentum since the news regarding positive signs about a Covid-19 vaccine. As equity markets become more active, he expects companies that delayed their IPOs to begin to schedule listings on the SET and Market for Alternative Investment (MAI) starting next year.

ASP is advising four undisclosed companies with their plans to list on the SET and MAI from potential growth sectors such as food, IT, logistics and real estate.

Mr Lec said other Thai financial advisers are working on IPOs expected for the first half of next year. The SET reported 23 companies listed on the exchanges this year, 12 on the SET and 11 on the MAI, raising total market capitalisation by 488 billion baht.