Thai exports saw a wider contraction in October, with the rate dropping by 6.71% from the same month of last year after the registering a drop of 3.9% year-on-year in September. 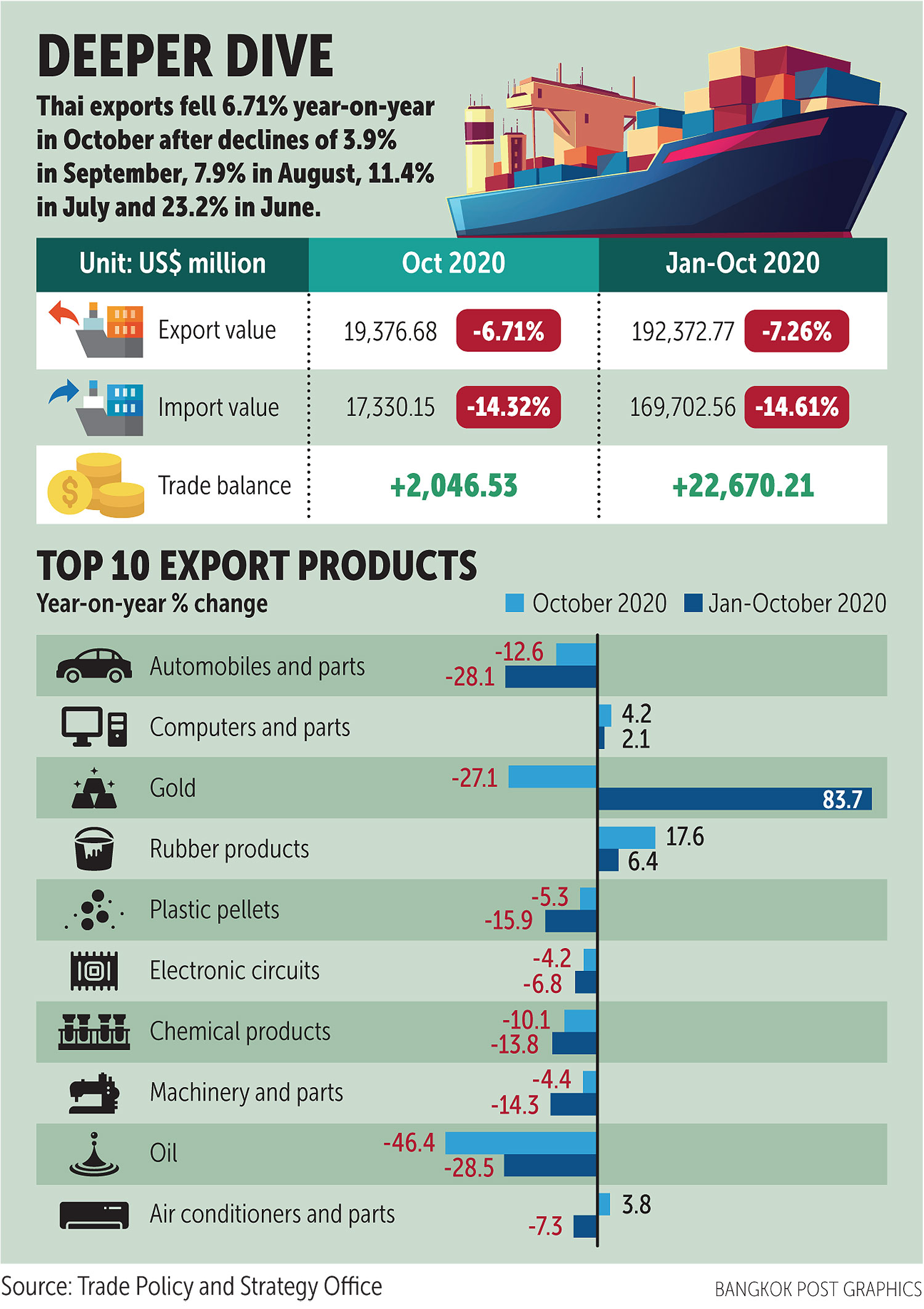 The Commerce Ministry reported on Monday the country's customs-cleared exports fetched US$19.38 billion in October, with imports shrinking 14.32% to $17.33 billion, resulting in a trade surplus of $2.04 billion.

Pimchanok Vonkorpon, director-general of the Trade Policy and Strategy Office under the Commerce Ministry, said despite a wider contraction, export values in many markets picked up growth in October, reflecting a gradual recovery of demand from trading partners after control measures were relaxed and economic stimulus packages kicked in.

This aligns with the global economic momentum, which began to show further signs of recovery, she said.

Exports to the main markets expanded by 4.8%, led by the US markets, which rose by 17.0% from October last year.

Exports to South Asian markets rebounded to 15.6% expansion, with those to Australia and Latin America markets also bouncing back to 4.2% and 12.9% growth, respectively.

"Thailand exports have continued the recovery trend and many products have competitiveness in several markets.," she said.

She noted risk factors still exist, particularly with a second round of outbreaks among trading partners resulting in reinstated lockdown measures, slowing border trade and the baht's strength.