Retailers such as Ralph Lauren Corp., Groupe Clarins SA and Gap Inc. are experimenting with virtual stores, letting web users navigate digital versions of their physical locations and try out features such as one-on-one consultations.

The virtual stores are arriving during a tumultuous holiday shopping season, with some countries in Europe under lockdowns again and cases in the U.S. rising to new heights.

The National Retail Federation delayed its annual holiday forecast for the first time in decades, releasing it in late November as opposed to its usual early October reveal. But e-commerce sales are slated to increase 33% this year, with consumers expected to spend $189 billion, according to a report from Adobe Inc.

Puig S.L. bought a majority stake in the company in June.

"We all have to become a bit more digitally native in this Covid-19 world," Ms. Tilbury said. "But it's exciting and it doesn't have to be at the cost of one or the other."

Some of those efforts, such as an online simulation of a store introduced by Alibaba Holding Group Ltd. for China's Singles Day in 2016, required shoppers to wear a virtual-reality headset. And they tended to be flashy, one-off moments for companies.

But the pandemic is prompting more companies to use technology in new ways to connect with consumers, said Mikey Vu, partner at Bain & Co., a consulting firm. And some retailers now introducing such experiences say they will continue to operate, at least for a few months. 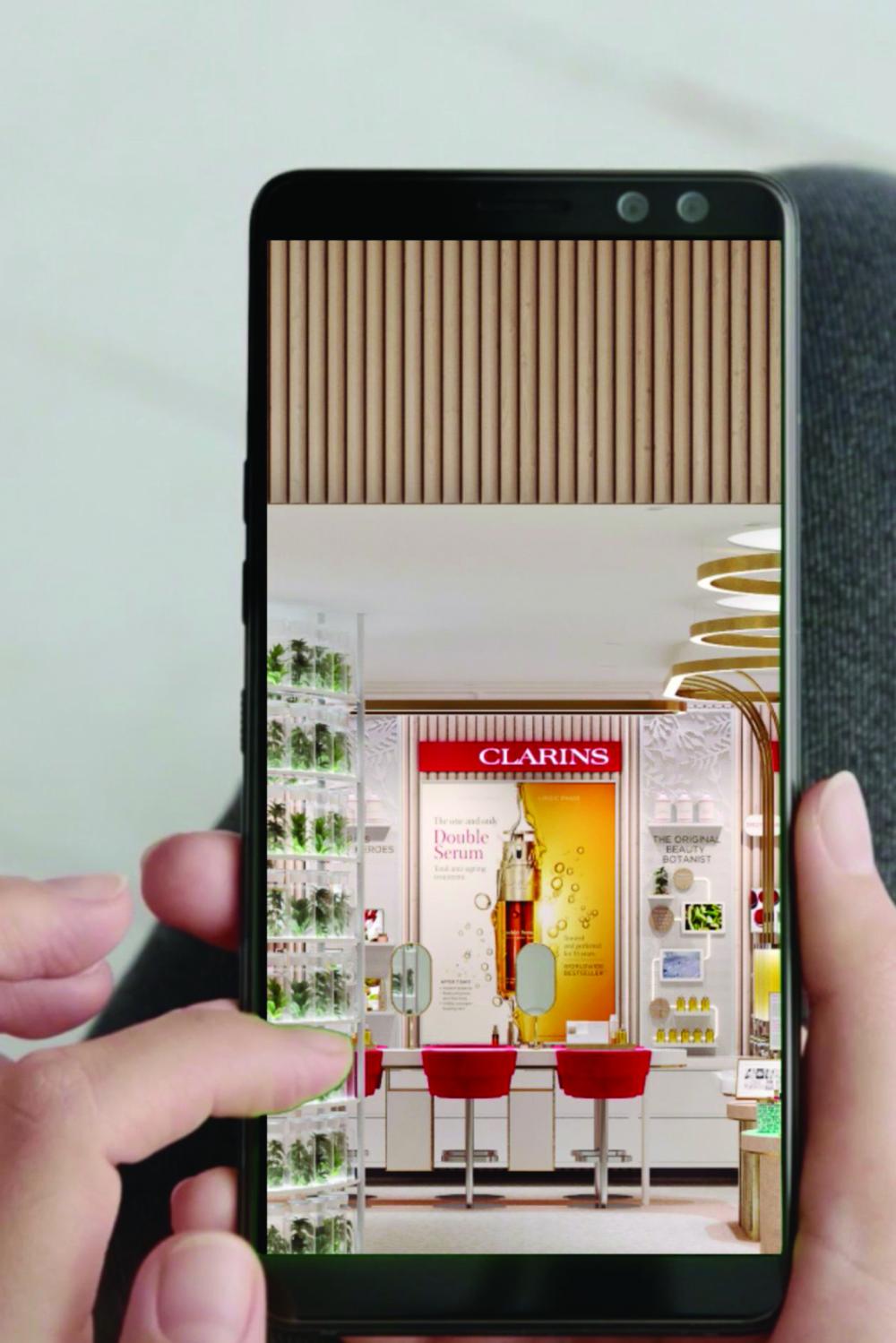 The Clarins virtual store is a preview of what its new stores will look like. (Photo: GROUPE CLARINS)

Ralph Lauren's virtual store lets consumers browse an online rendering of an actual store in Beverly Hills, re-created down to the music that consumers would hear there.

While Ralph Lauren's stores in the U.S. remain open, the virtual edition is a way to introduce new customers to the company's retail experience, said David Lauren, chief innovation and branding officer at the company.

"When Covid-19 is done, we expect to see a very big increase of traffic into our stores, higher than it's ever been and we're going to stoke that fire with experiences like this," Mr. Lauren said.

The virtual Clarins store, which is accessible only in France for now, illustrates the look planned for some of the company's new shops in 2021. It also offers interactive activities such as a skin consultation.

Bustle Digital Group, a digital-media publisher, on Black Friday will introduce a virtual bazaar with seven digital booths, each dedicated to a brand such as Kohls Corp. and Gap.

The company has previously organized in-person events for the event, but from now on plans to create a hybrid of digital and in-person experiences, said Jason Wagenheim, chief revenue officer and president of Bustle.

Gap's booth, featuring a mix of products for sale and a quiz for visitors to take, was designed to mimic the experience of shopping in a mall, said Mary Alderte, chief marketing officer at Gap.

Retailers want their virtual stores to be more than gimmicks, said Neha Singh, founder and chief executive of Obsess.

"For some brands, it's still an experiment, and they want to see what happens with it and it's still a trial," Ms. Singh said. "But a lot of brands have progressed much further and they're kind of thinking around this virtual-stores-as-a-concept and how they integrate it strategically into their plan."

Not every virtual store will succeed, said Mr. Vu, the Bain executive.

As more companies test the concept, they'll need to better personalize the experience for visitors, make it easier to discover products and make it a fun experience, he said.

"If more virtual retailers can hit more elements of that, that is the possible path to success here," Mr. Vu said.