Thai shrimp exports are expected to fall 14% this year to only 150,000 tonnes, with values down 21% to about 44 billion baht, attributed mostly to the pandemic and the strong baht.

Somsak Paneetatyasai, president of the Thai Shrimp Association, said a second wave of outbreaks in many countries has weakened demand for shrimp during the Christmas and New Year period.

The association forecast in December last year Thai shrimp exports would recover to a 20% increase this year, in line with increased production.

According to Mr Somsak, Thailand expects lower production this year of only 270,000 tonnes, down 7% from 290,000 tonnes in 2019, attributed to shrimp diseases and weak demand during the pandemic.

The world's overall shrimp production is also expected to drop by 3% to 3.32 million tonnes.

Mr Somsak is upbeat about next year's prospects, forecasting the country's shrimp production will increase by 15% next year to 310,000 tonnes, with export volume also rising by 15%.

Mr Somsak said next year's domestic demand is likely to surge, driven by the government's consumption stimulus measures mainly through the co-payment scheme.

Domestic demand is estimated to take up about 25% of total shrimp production.

He said the association expects local shrimp consumption to increase to 40-50% over the next five years. 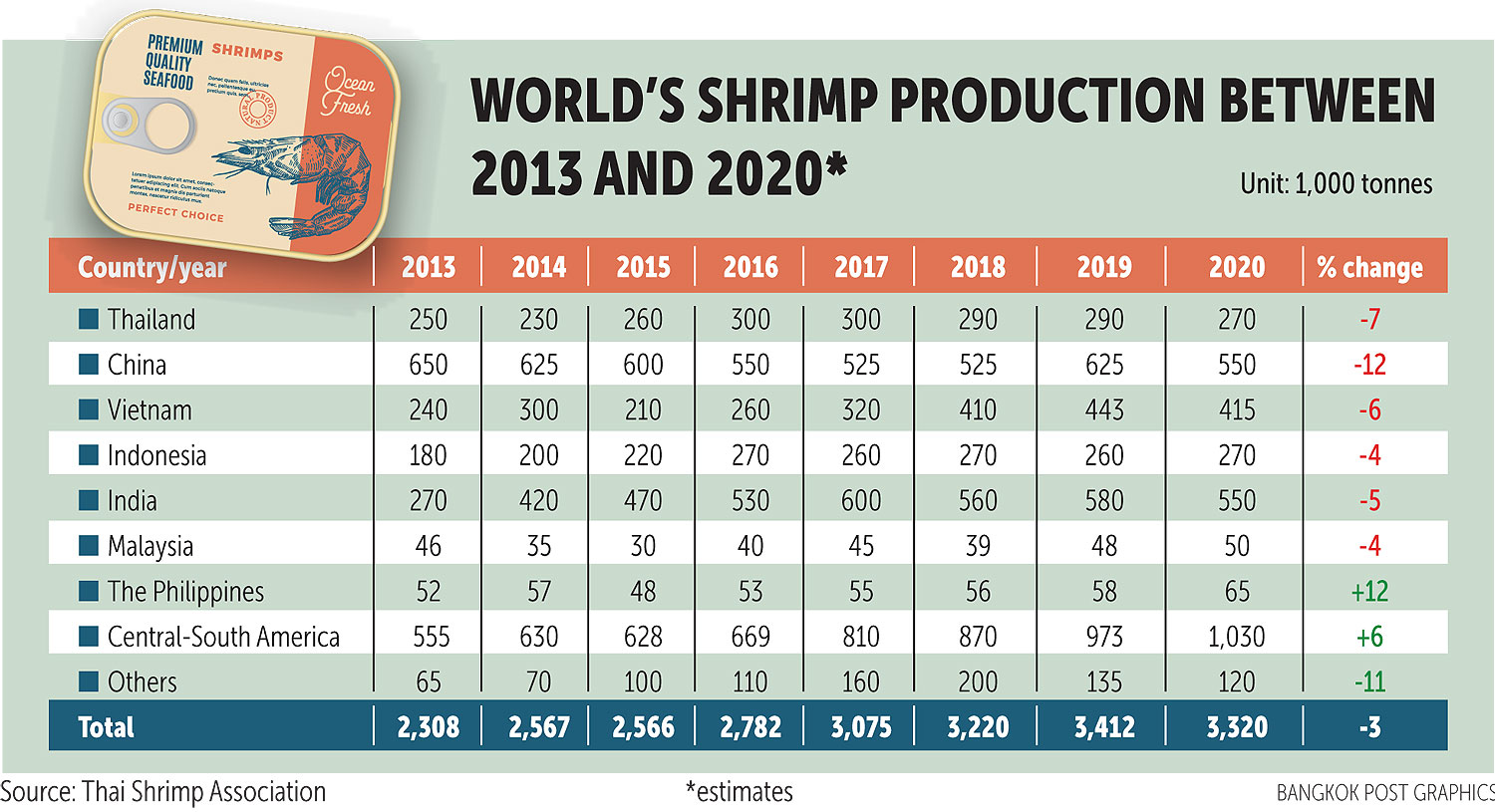 "The key obstacle for the shrimp industry is the baht, which has strengthened by 11% from 2017, when the baht averaged 33.68 to the dollar. The India rupee and Vietnam's dong have weakened by 14% and 2%, respectively, during the same period," said Mr Somsak.

"The baht's strength is a national-level issue the government needs to tackle."

Europe less at risk of inflation and rate fears: analysts

Cross-border trade to grow up to 6%