Recap: The three major US stock indices hit record highs this week on optimism over a stimulus bill while European shares were mixed yesterday, with investors still on edge over a Brexit trade deal. Emerging markets were mixed with the MSCI emerging market index off slightly as US regulators blacklisted more mainland China stocks. 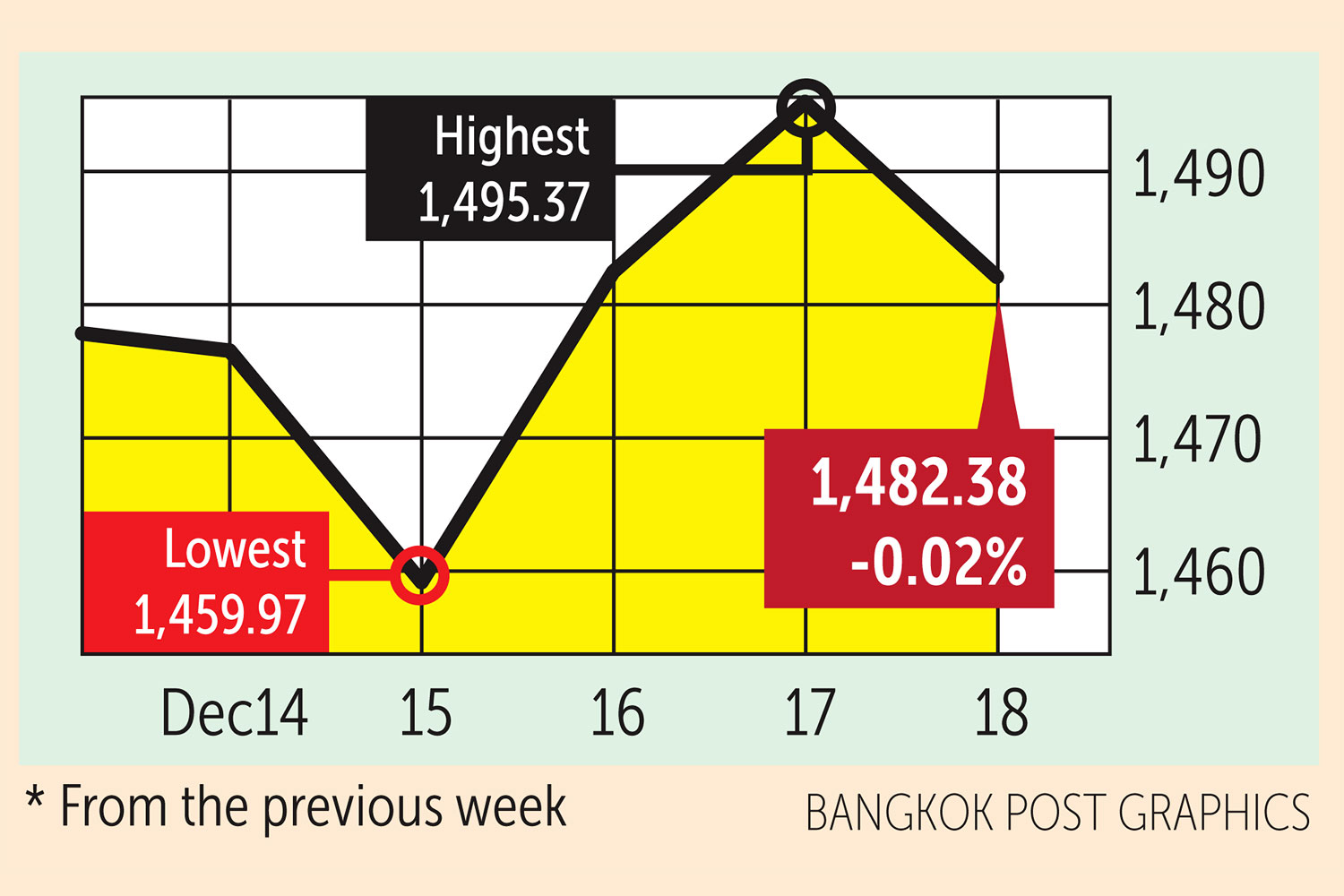 Newsmakers: Most senior Republicans finally acknowledged Joe Biden's presidential election victory, six weeks after the fact, as the Electoral College formally confirmed the result, even as Donald Trump remains steadfast in his refusal to concede.

Capital Nomura Securities sees the 1-year government bond yield continuing to decline for two weeks, which is negative for banks but positive to non-finance, property and high-dividend stocks. Its picks in each group are SAWAD, MTC, AP, SPALI, LH, ICT, ADVANC and INTUCH.

Four people, including a Taiwanese national, have been arrested for their involvement in a mobile banking scam which caused financial damages of about 400,000 baht, according to Provincial Police Region 5.

The Pollution Control Department is warning residents of Bangkok and its neighbouring provinces to brace for a drop in air quality, as changing wind patterns on Wednesday and Thursday are expected to trap ultra-fine dust particles over the city.

PTT Oil and Retail Business's (OR) IPO garnered strong investor demand on its first day of retail subscriptions on Sunday, but many were unable to access distribution channels to purchase the stock due to three bank applications becoming unresponsive following high traffic.