Nature-based solutions are gaining momentum as a way to reduce the impact of climate change and other threats to biodiversity.

Decades of rapid economic growth and urbanisation have been marked by excessive exploitation of natural resources, particularly fossil fuels and forests, across the planet. The environmental and social consequences of such development are more evident than ever, especially in Asia.

Earth's climate is changing substantially, with disasters of all kinds -- wildfires, floods and storms -- increasing in intensity and damage. The harm to the environment and biodiversity has led to other consequences, from global migration to economic loss and hunger.

Governments and businesses have become acutely aware of the higher risks, and have invested heavily in engineered solutions to address environmental challenges. But some of these costly efforts are controversial, because practices such as building dams and seawalls can destroy the livelihoods of communities.

Many experts now believe there is a better way to help save the planet and secure people's future. Nature-based solutions, a term introduced in the late 2000s, are emerging as a viable option in climate and environment-related fields.

Greta Thunberg, the 17-year-old climate activist, used the phrase in a recent video calling on governments and the private sector to invest in new approaches before it's too late. The concept has also been embraced by the United Nations, the European Union (EU) and the Chinese government. 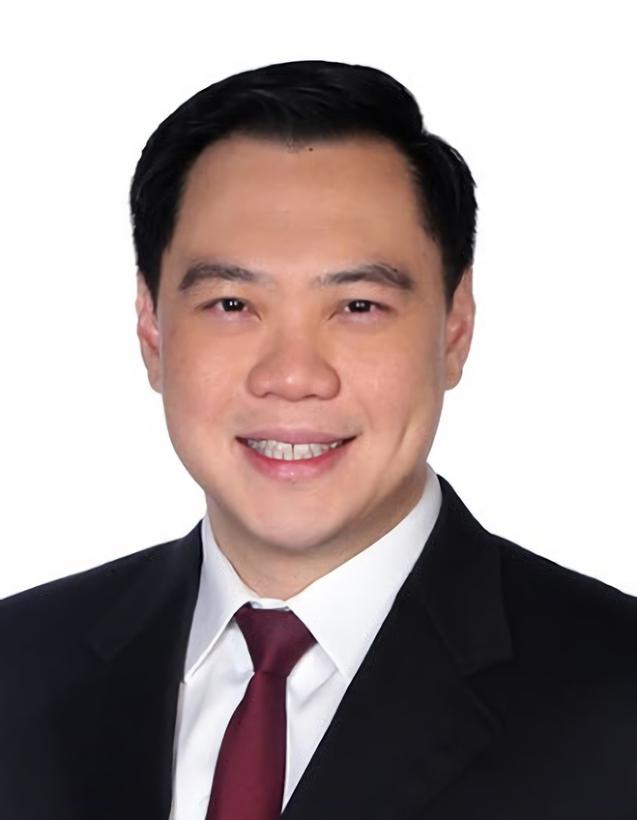 The definition he cited comes from the International Union for Conservation of Nature, though there is no single description that everyone can agree on. "I wish that was an easy task," said Dr Peck.

The EU defines it as "solutions that are inspired and supported by nature which are cost-effective and simultaneously provide environmental, social and economic benefits and help build resilience".

Major European policies that support nature-based solutions include the European Green Deal -- a new growth strategy to transform Europe into a low-carbon economy -- and the EU biodiversity strategy, which aims to improve and widen the network of protected areas. The EU also has an adaptation strategy that aims to make the union more climate-resilient. 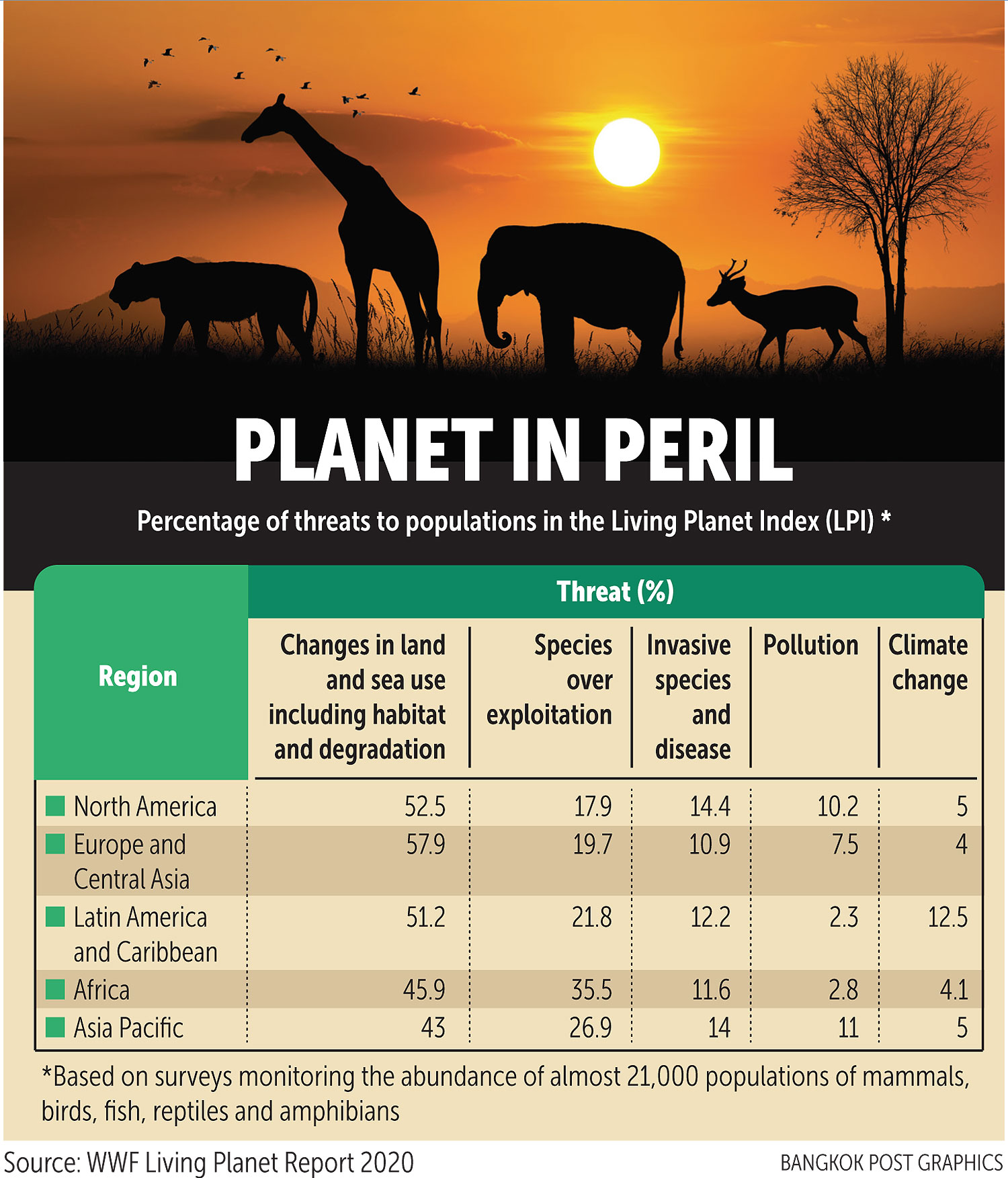 Biodiversity simply refers to the variety of life on Earth: the diversity in all living organisms from various ecosystems that humans cannot live without. Yet humans are destroying it.

Changes in land and sea use, overexploitation, climate change, pollution and invasive alien species are the key direct drivers of biodiversity loss.

Global wildlife populations including mammals, birds, amphibians, reptiles and fish have dropped by more than two-thirds between 1970 and 2016 as a result of land conversion for farming and wildlife trade, according to the Living Planet Report 2020 by the World Wide Fund for Nature (WWF).

In May of this year, the European Commission adopted a new EU biodiversity strategy for 2030, renewing a pact first adopted in 2011 with the aim of combatting the loss of biodiversity by 2020.

The key commitments in the 2030 plan include increasing organic farming as well as biodiversity-rich landscape features on agricultural land, halting and reversing the decline of pollinators, restoring at least 25,000 kilometres of rivers to a free-flowing state, reducing the use of pesticides by 50%, planting 3 billion new trees (in line with ecological principles), and implementing an Urban Greening Plan in cities with at least 20,000 inhabitants.

Besides major goals such as establishing protected areas covering at least 30% of land and sea area in Europe, the new strategy also aims to restore degraded terrestrial and marine ecosystems in the next decade.

For coastal zones, three types of nature-based solutions can work hand in hand for climate adaptation and mitigation, said Dr Peck, whose specialty is ocean and coastal research.

The first is the restoration of coastal habitats, which in Asia Pacific are mangrove habitats that account for approximately 46% of the world's mangrove ecosystem. However, the region also has the highest global rate of mangrove loss.

"Mangroves are less of a topic in Europe" which is more familiar with seagrasses, he said. "But mangroves are very important in terms of protection from storms and floods, and for erosion control."

Not only do these "blue carbon" habitats stabilise the shoreline and filter the water, but they are also an important element for carbon sequestration, which is the process of storing carbon dioxide.

Naturally, a second solution is conservation of marine habitats, said Dr Peck. "When you have a marine protected area, many times productivity of the resources spills over to increase fisheries and other effects."

The last solution is sustainable harvesting, fisheries, and aquaculture, which involves managing the capture of traditional species as well as the culture of fish, shellfish and plants at the base of the food web.

These three solutions can be combined with other ocean-based climate actions such as ocean-based renewable energy -- for example a wind farm -- ocean-based transport, and investment in research into carbon storage in the seabed. If all these actions could be implemented successfully, the world's oceans could contribute 21% of needed carbon emission reductions. 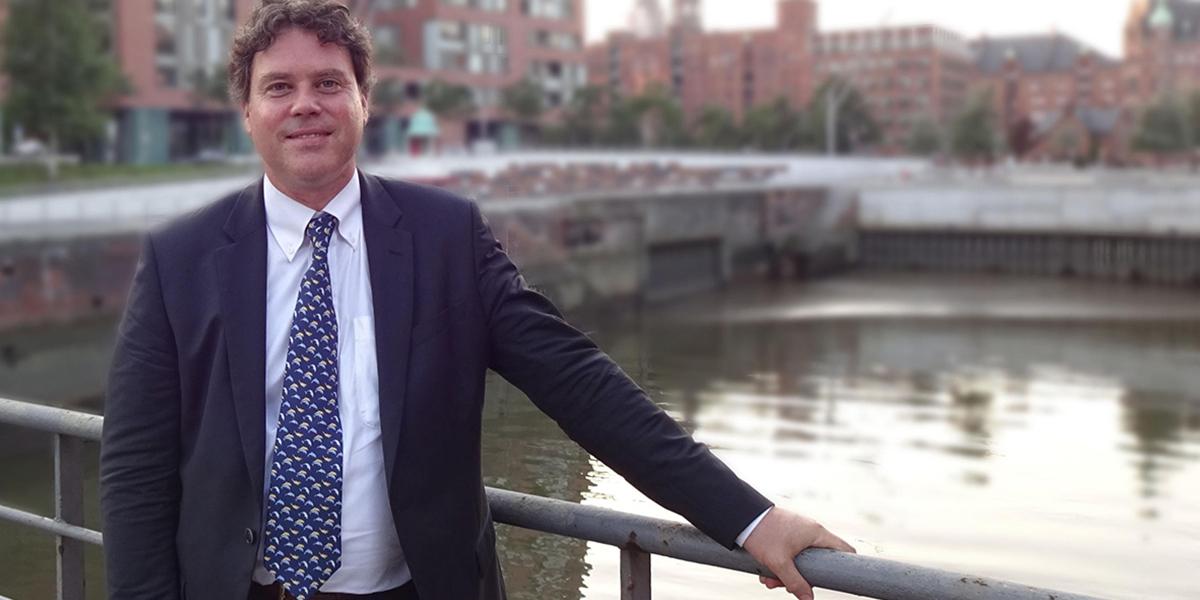 Southeast Asia is among one of the most vulnerable regions to climate change. The region has 203 million hectares of forests, accounting for 5.2% of the global total.

However, expansion of large-scale commercial crops has been a key driver of deforestation in the region. The oil palm industry in Indonesia and Malaysia -- which account for more than 75% of global supply -- continues to deplete forest resources despite attempts at improved regulation and green pledges made by major palm oil producers.

Industrial oil palm plantations are also widely blamed when it comes to the annual transboundary haze that plagues Asean. Most of the fires are set on peatland, mineral- and carbon-rich swamps that can burn longer if drained. They ate create more smoke since peatland fires can smoulder underground for months.

One research study in Indonesia has been taking an in-depth look at the causes of such fires. It focused on the Ogan Komering Ilir district in South Sumatra, which represents about 3% to 5% of more than a million hectares of peatland burned every year in Indonesia.

The results of the study were surprising, said Dr Jean-Marc Roda, head of forest products economics with the Malaysian office of the French Agricultural Research Centre for International Development (Cirad).

Detailed analysis of remote sensing, field and economic data, as well as geographic information systems (GIS) models, resulted in the creation of a map showing where fires occurred over the last 10 years. Dr Roda and his team were able to pinpoint that half of the fires were actually coming from villagers. The rest were from industrial plantations and unidentified areas.

"Most of the fires are made by people with organic waste -- crops, biomass that they don't know how to dispose of," said Dr Roda, adding that this reflects traditional slash-and-burn methods of farming. Such practices are no longer considered acceptable, since they result in degradation of the ecosystem and peatlands, creating the infamous haze.

But getting people to switch from slash-and-burn agriculture -- in Indonesia and many other countries -- is not easy unless they can be shown viable alternatives to make a living.

Since existing prevention systems weren't working, Dr Roda's team initiated collaboration with the local government and communities, to help value, collect and sell the biomass to biomass fuel companies to be used as energy, fibre and materials, instead of discarding it by burning.

Basically, the market is paying the farmers to collect the biomass, and they earn revenue in return. Such practices can be successful, said Dr Roda, if they are carried out fairly, using solutions that are respectful to the communities and market-based.

Southeast Asian cities are also at risk since they are susceptible to floods, tropical cyclones and storm surges. Some urban planners and engineering and design companies are now incorporating sustainability and resilience aspects in a more nature-based way.

Apart from designs and sustainable credit rating platforms, processes matter. "How can we make sure that the process of construction doesn't bring about more waste?" he asked rhetorically.

Manufacturing, the process of producing a final product, and assembly -- the process of creating a finished product from partially assembled units -- can be applied in construction sites too, in his view.

Once a building is finished, the productivity of the various design and construction elements should be monitored for economic and productive characteristics, waste generated, as well as their carbon footprint, said Mr Seah. "We need to walk the talk (because) we can't design a green building and then operate inefficiently to take up more energy."

In Mr Seah's view, reversible design -- a design that can be easily deconstructed, with elements removed or added easily without damaging the structure, components or materials -- is the epitome of nature-based solutions in urban design. It can help reduce generated waste and noise when refurbishing, maintaining and demolishing buildings.

Technologies could play a role in enhancing sustainability, resiliency and nature-based solutions. Cloud computing, for example, enables all stakeholders involved in a project to access information from anywhere. Blockchain could be used to create a record of how buildings are constructed and deconstructed, with data easily retrievable in the future. 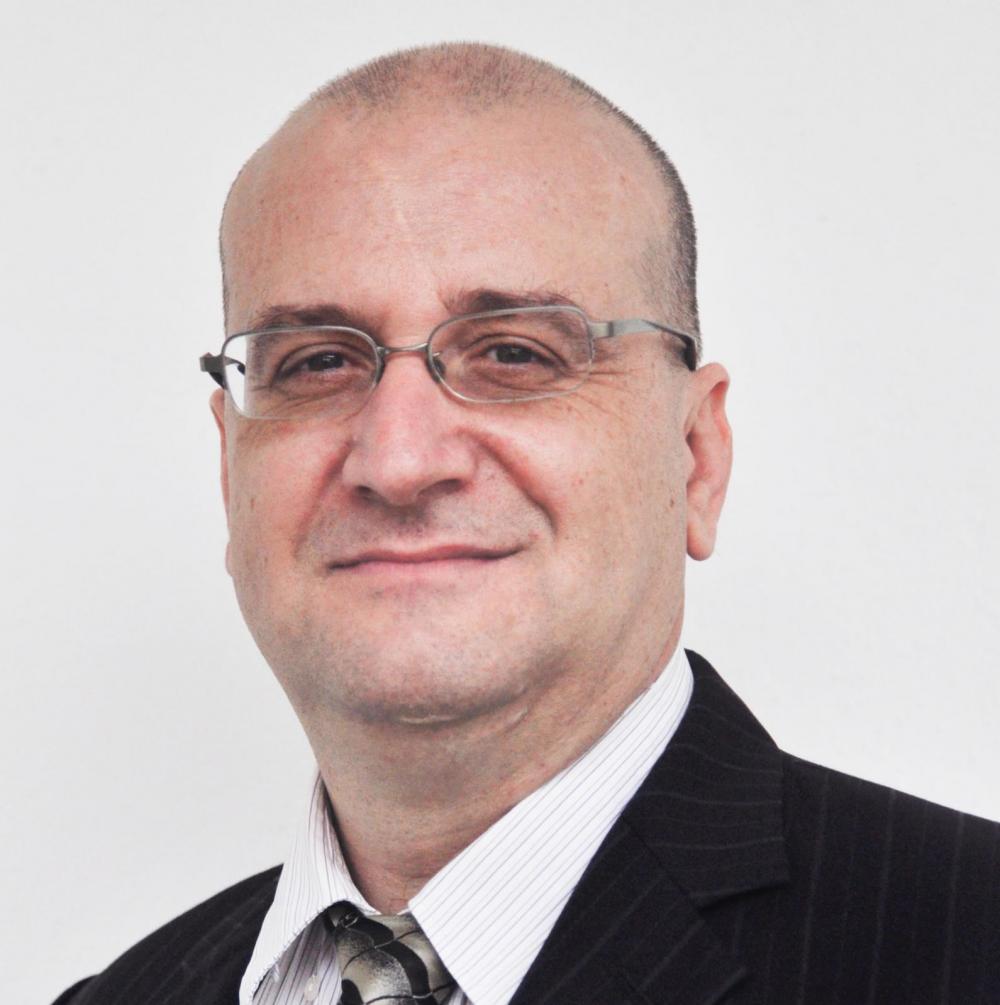 Nature-based solutions, their proponents say, are clearly more cost-effective, provide more promising results in a wide range of ecosystems, and offer protection from multiple hazards than engineered alternatives. However, sometimes the best approaches are not taken into consideration by governments.

"We always have too much top-down, government-guided visions and solutions and we really do not have enough going out into the field and listening to the people," said Dr Roda, highlighting that not only big companies but small people are part of the problem too.

Dr Peck agreed, saying that the aquaculture and fisheries industries are also known for top-down mandates. "What you really also need is bottom-up, industry-led initiatives," he said.

"It isn't necessarily direct climate change effects that are going to be causing a lot of vulnerability to the industry," he said. "It's more about permitting and management that isn't fast or responsive enough."

To ensure private sector participation in nature-based solutions, said Mr Seah, the political and economic system in a society must be resilient.

Although some companies already have robust corporate social responsibility (CSR) programmes, a stronger ecosystem is needed to bring together all stakeholders in the value chain steam -- such as consultants, architects, designers, contractors and suppliers as well as government agencies.

Governments, he said, would continue to play a significant role. Receiving funds from the government allows companies to stretch their environmental targets.

Dr Peck also highlighted the importance of public participation from citizens as a whole: "A lot of this change isn't going to be top-down. It comes from the public. It comes from the outcry that our planet desperately needs nature-based solutions." 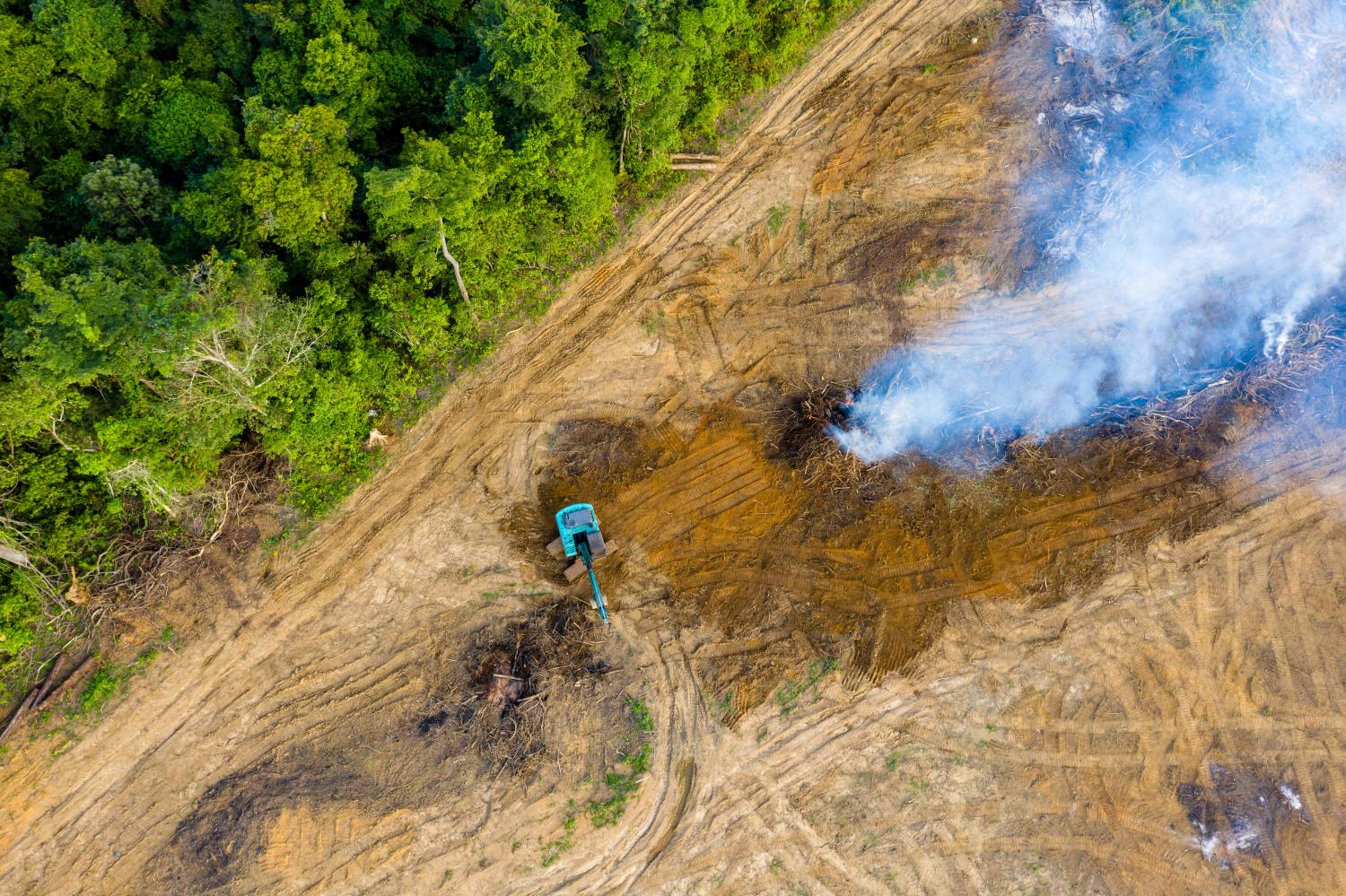