Investors look beyond Covid and US chaos, SET jumps
Business

Investors look beyond Covid and US chaos, SET jumps 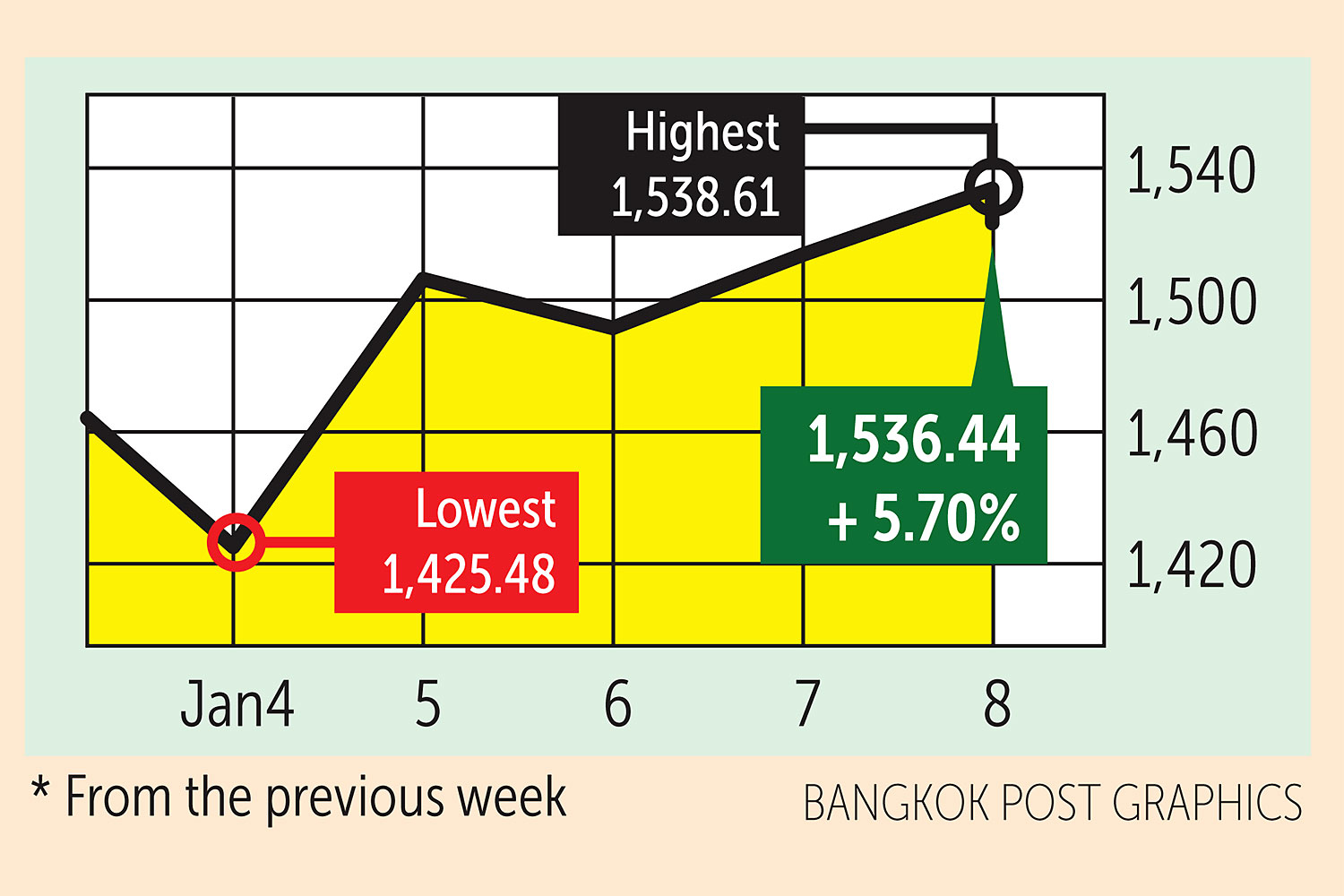 Newsmakers: Donald Trump pledged an "orderly" transition of power to Joe Biden on Jan 20, but continued to insist the US presidential election was stolen from him. The statement on Thursday came hours after a violent mob incited by Mr Trump stormed the US Capitol and delayed lawmakers' vote to confirm the election results.

Finansia Syrus Securities recommends stocks that have seen limited impact from the pandemic, including DOHOME, KBANK, MAKRO, RBF and SPALI.

Technical view: Thanachart Securities and Maybank Kim Eng both see support at 1,500 points and resistance at 1,550.