Investor confidence for stocks remains bullish in the first quarter of 2021, supported by foreign fund inflows and domestic economic growth despite concerns that a tourism recovery is still months away as there is a second wave of Covid-19. 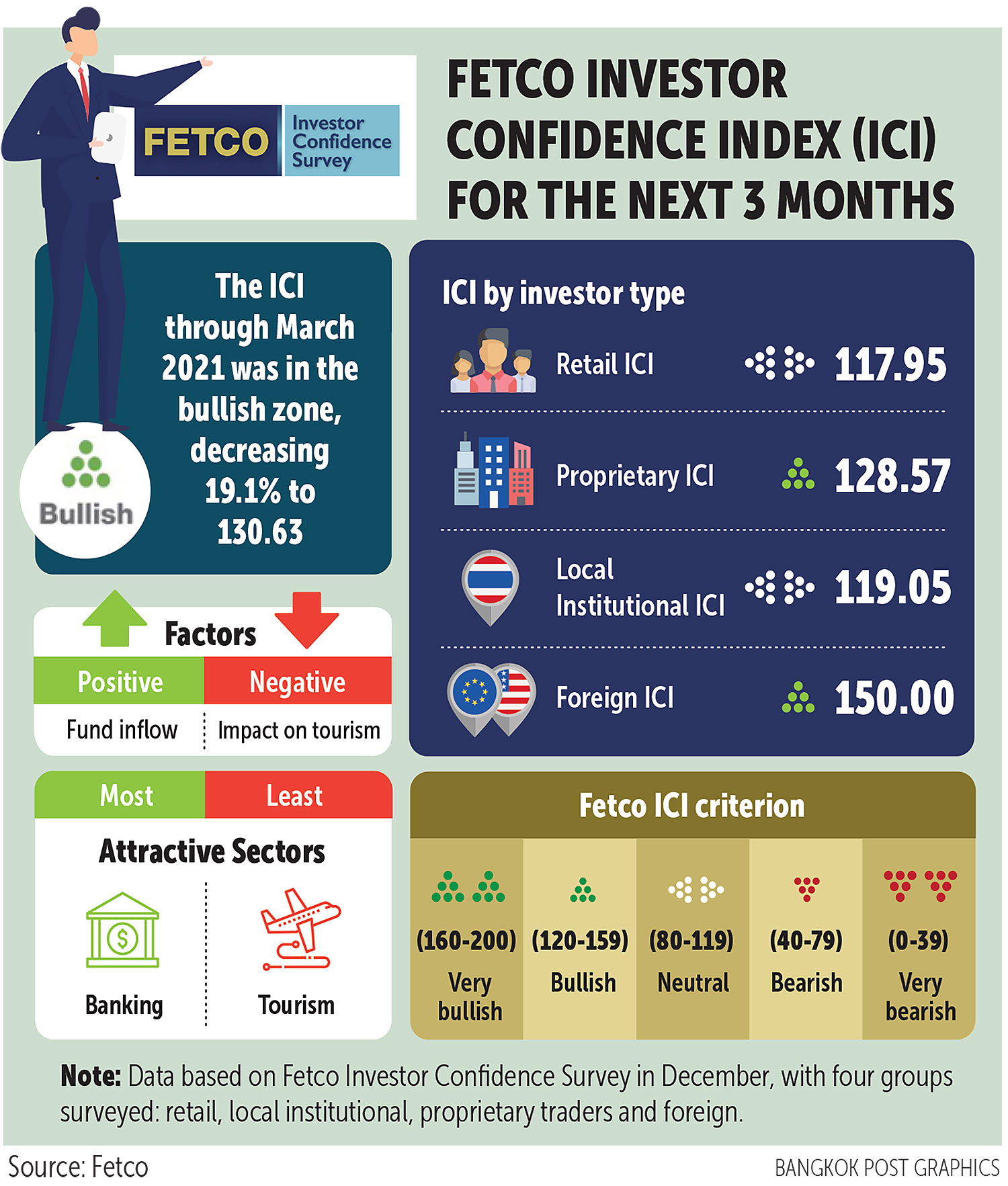 Banking, petrochemicals and information and communication technology ranked among the most attractive sectors, while tourism was the least attractive.

Federation of Thai Capital Market Organizations (Fetco) chairman Paiboon Nalinthrangkurn said the Fetco Investor Confidence Index (ICI) for the first quarter remains in the bullish zone despite a dip of 19.1% to 130.63 from the preceding quarter, when it was in the very bullish zone following progress in vaccine development in early November 2020.

Negative factors include a slow recovery in tourism and the local economy, international conflicts, domestic political unrest, the new wave of the pandemic and uncertainty about the efficacy of the vaccine.

Mr Paiboon said foreign fund inflows to emerging markets, including Asian bourses and the Thai stock market, were driven by their relatively higher growth rates and the governments' more effective response measures to curb the outbreak.

Foreign investors were net buyers of Thai equities by 40 billion baht for the last two months of 2020, although for the full year they were net sellers of 260 billion, he said.

"We hope foreign investors will buy back some stocks as net profits of Thai listed firms are expected to increase by 40% this year. The growth in net profits will be the main driver of the Thai stock market in 2021," said Mr Paiboon.

He said the Monetary Policy Committee should maintain the policy interest rate at its next meeting in February as the current rate is already at a record low.

Reducing the interest rate will not help depreciate the Thai currency as funds still continue to flow into the domestic market, spurred by foreign investors' confidence in the country's strong economic fundamentals, said Mr Paiboon.