The Thai Bond Market Association (TBMA) expects the policy interest rate will remain at 0.5% throughout 2021, while issuance of new long-term corporate bonds is projected at 700-750 billion baht as the real sector turns to bank loans, says TBMA president Tada Phutthitada. 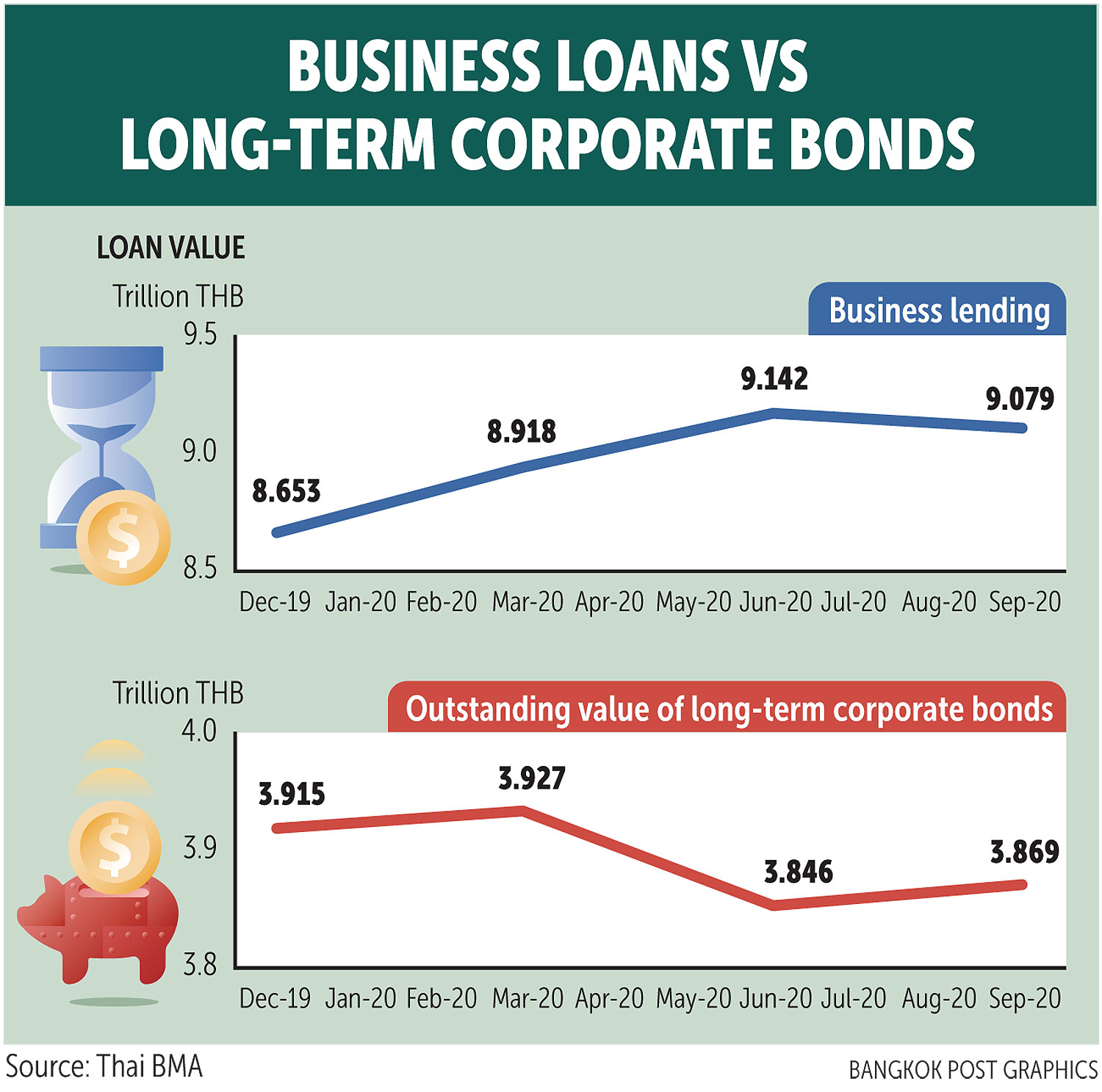 Mr Tada said the key concern for businesses is their inability to access funding sources, not a lack of liquidity that can be eased by policy rate adjustments.

"The country's liquidity is sufficient to finance the government's megaprojects. We expect no more foreign capital inflows to the bond market this year," he said.

"We expect some additional outflows as investors move to other assets that offer higher returns."

The current growth of the US Treasury and Thai government bonds is too narrow to speculate on returns from the exchange rate, said Mr Tada.

Investors are relocating their funds to non-liquid assets that have recorded exponential price increases, such as digital currencies and tech stocks.

Excess liquidity and low interest rates are driving the real sector to raise funds through bank loans rather than issuing corporate bonds, he said.

The issuance of long-term corporate bonds declined to 684 billion baht last year, a drastic drop from the all-time high of 1.08 trillion baht in 2019 after reporting years of consecutive growth since 2014.

However, the portion of bonds placed by public offering rose to 28% of total long-term corporate bond issuance in 2020, up from 18% a year before.

Mr Tada said the real sector's relocation to bank loans is reflected in the sharp decline of the outstanding value of long-term corporate bonds, which hit bottom at 3.85 trillion baht in the second quarter last year before rising to 3.87 trillion in the third quarter.

In contrast, the value of bank loans for businesses peaked at 9.14 trillion baht in the second quarter last year, up from 8.65 trillion at the end of 2019.

The bond market reported an expansion by 4.5% last year with total outstanding value of all bonds worth 14.1 trillion baht. This was attributed to the government's 6.02 trillion baht in bond financing, which contributed 43% of the market.

The average daily trading volume of bonds declined by 5.3% to 83 billion baht.