Thailand powers towards a Green Economy

When Somphote Ahunai returned to Bangkok after completing an MBA degree in the US, he had $200 left in the bank.

Today the renewable energy and electric vehicle company he founded has a market value of $5.6 billion and testifies to Thailand’s highly successful advance into green and sustainable industries.

After initially working as a securities trader, Somphote first entered the renewables business when he started producing biodiesel fuel from a palm oil plantation he had acquired. Then he moved his company, Energy Absolute Pcl, into solar and wind farms, growing to become the nation’s number two publicly-listed electricity supplier. Now Somphote has become a key figure in Thailand’s efforts to steer its highly successful automobile manufacturing industry – the world’s 11th largest – beyond the internal combustion engine era into the design and production of electric vehicles and the lithium-ion batteries and charging stations that will power them.

On his journey to becoming an alternative energy billionaire, Somphote, now 53, has been helped along the way by generous government incentives available through the Thailand Board of Investment (BOI) for companies developing green and sustainable industries – most recently, in November 2020 when the BOI announced a slew of tax breaks to promote electric vehicles.

Now, he’s encouraging foreign companies to take advantages of the privileges on offer also. “I hope my success will be a catalyst and bring another wave of investment,” he says. “The BOI has a very transparent and fair process for everyone and supports foreign investors. We welcome competition.”

In many countries, the Covid-19 pandemic paralyzed economic activity. In Thailand, where authorities have successfully kept the virus in check, supply chains have remained strong and resilient. This has enabled the government to use the hiatus to promote Thailand’s natural advantage as a biodiversity hotspot and embrace the so-called Bio-Circular-Green, or BCG, economy.

The BCG model encompasses industries that produce inclusive, sustainable growth while reducing waste, pollution and dependence on finite resources. Thailand is a major agricultural producer, tourism destination and medical hub and its BCG sector comprises many of the country’s important industries: agriculture and food; bioenergy, biomaterials and biochemicals; medical and wellness; and tourism and the creative economy.

Currently, those sectors have a combined economic value of $113 billion, according to the Ministry of Higher Education, Science, Research and Innovation. By 2025, the government aims to increase that value by 30 percent to $147 billion, making BCG industries equivalent to 25 percent of the national gross domestic product, the ministry says.

In a world in which businesses and their customers are seeking ethical solutions to environmental challenges, investors appear to be seizing the opportunity Thailand’s promotion of BCG and other green initiatives offers. In the first nine months of 2020, foreign and domestic companies applied to invest $1.7 billion in more than 300 BCG-related projects, lifting the total value of applications since the start of 2018 to $6.7 billion, according to the BOI. 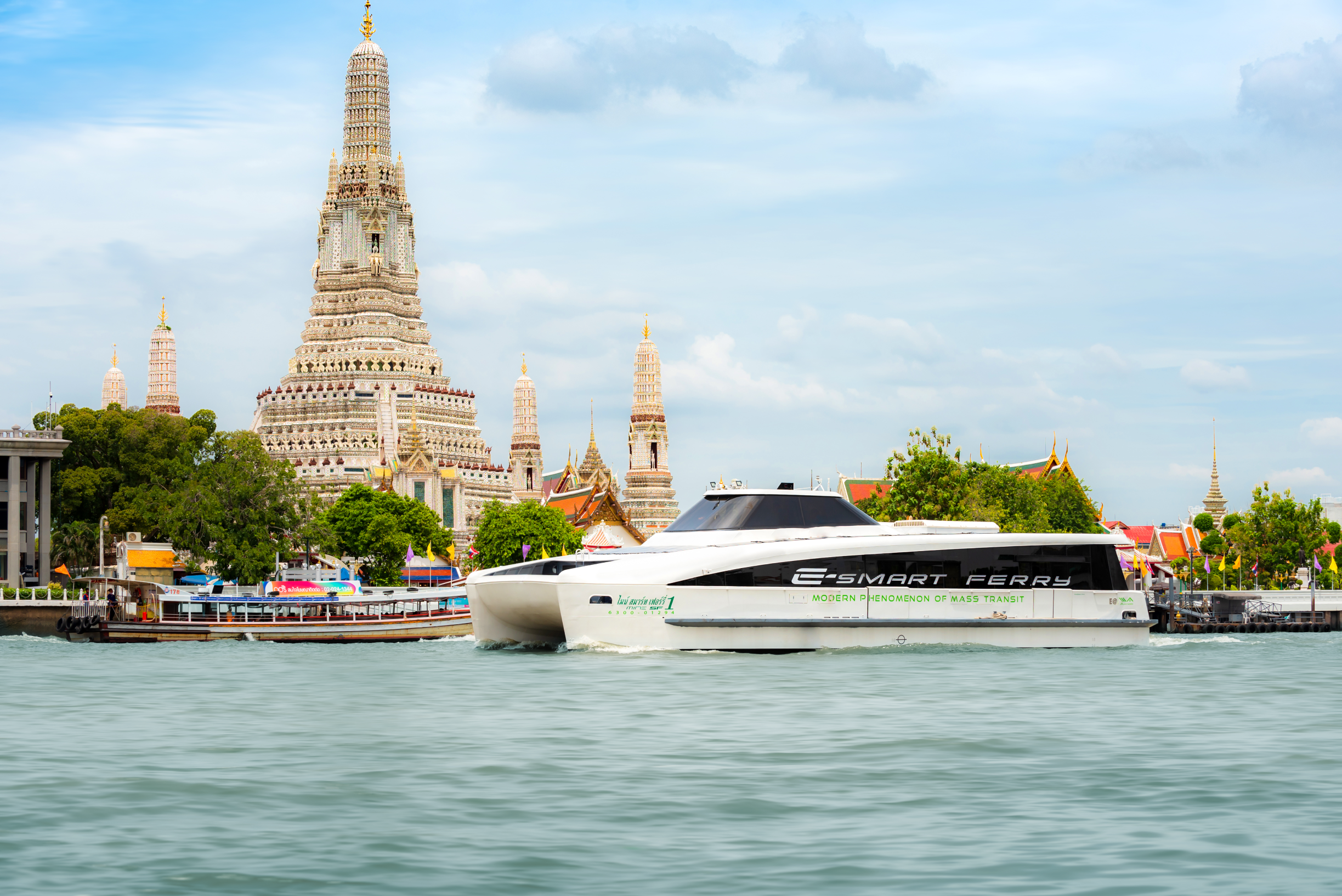 When business travellers and tourists begin returning to Thailand as international borders reopen, the contribution of Energy Absolute’s Somphote will be hard to miss. On the Chao Phraya River, the waterway that flows past Bangkok’s Grand Palace and many of the city’s finest hotels, he plans to operate a fleet of his silent and emission-free electric ferry boats in place of noisy and polluting diesel-powered vessels that currently ply the route.

On the capital’s bustling streets, 300 of his electric buses will have taken over routes from those once operated by internal combustion engine vehicles. His $38,000, five-seat electric cars will soon feature in Bangkok taxi fleets and go on sale to private owners after winning 4,500 orders at the 2019 Bangkok Motor Show. At roadsides, 500 EV charging stations have sprung up in readiness. Meanwhile in the Eastern Economic Corridor outside Bangkok, the heart of Thailand’s ambition to become the region’s innovation hub, the first phase of Energy Absolute’s $100 million lithium-ion battery factory – the first in Southeast Asia – is nearing completion. “When visitors come back to Thailand, they will see how so much has changed,” Somphote says.

Somphote is only the most visible face of that change. Tax breaks offered to BCG companies have lured investors ranging from venerable multinational corporations to feisty startups. Other incentives include renewable smart visas allowing international talent and investors in key sectors to work and stay in Thailand for up to four years. The BOI also supports companies by helping establish industrial linkage, sourcing of local suppliers and business matching.

In 2017, French energy major Total teamed up with Dutch biochemical giant Corbion to build a factory in Thailand that uses responsibly sourced, locally-grown cane sugar to manufacture polylactic acid, or PLA, a 100 percent renewable and biodegradable bioplastic that can be used to replace polystyrene and other oil-based polymers while having a 75 percent smaller carbon footprint.

The joint venture, Total Corbion PLA, has built its plant at Rayong in the Eastern Economic Corridor adjacent to a longer-established factory operated by Corbion that makes lactic acid, on which PLA is based. Between them, the two partners have invested some $250 million in Rayong and within two years will have increased that investment to $500 million as the PLA plant increases production from 75,000 to 100,000 tonnes annually, company executives say. 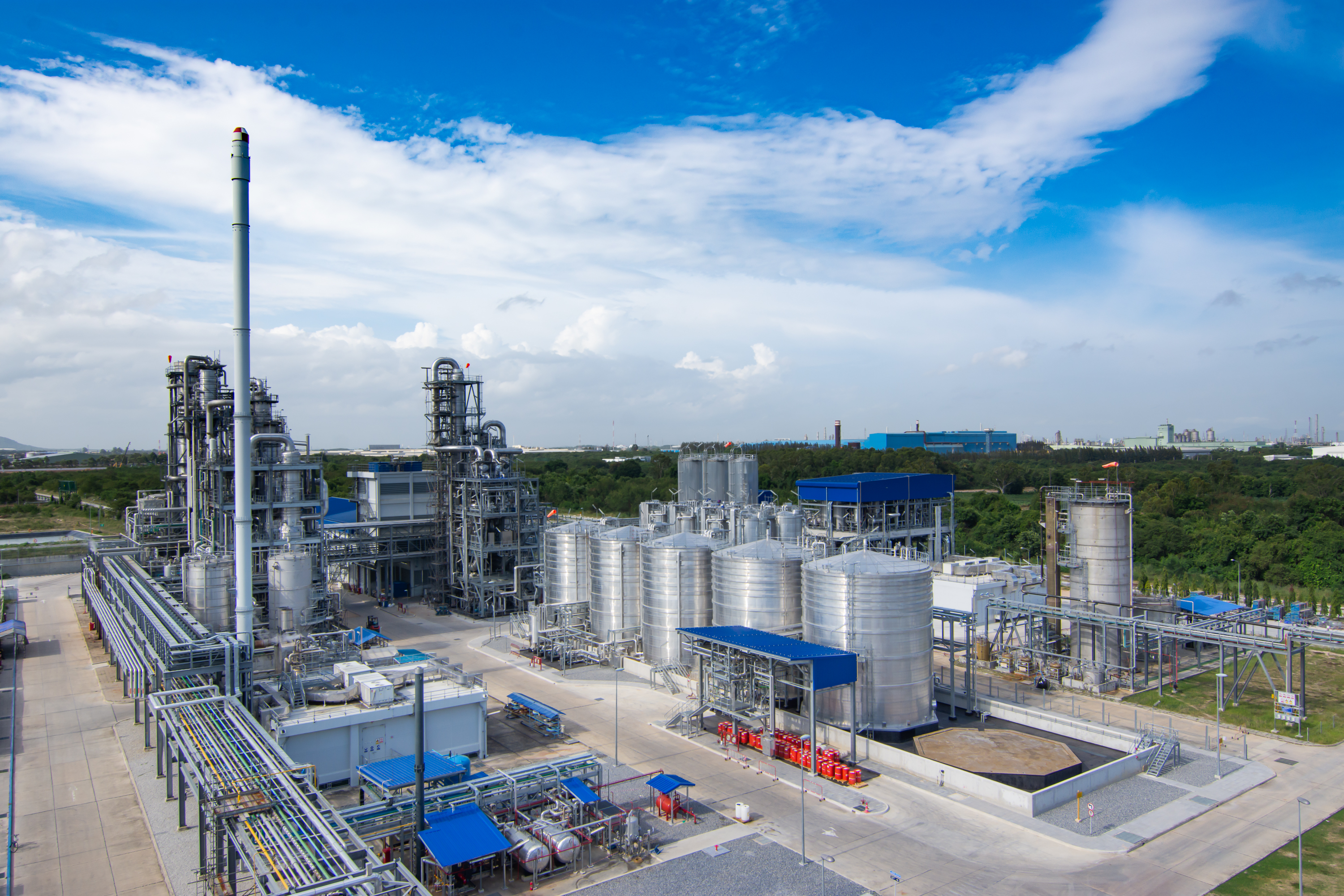 The plant built by Total Corbion PLA, a joint venture between French energy major Total and Dutch biochemical giant Corbion, in Rayong, in Thailand’s Eastern Economic Corridor, is using locally-grown cane sugar to manufacture annually 75,000 tonnes of polylactic acid, or PLA, a 100 percent renewable and biodegradable bioplastic that can be used to replace polystyrene and other oil-based polymers while having a 75 percent smaller carbon footprint.

It has been money well spent. Demand for their product far exceeds supply and the market is growing at 15 percent per year as customers seek to use PLA as a replacement for polystyrene in food packaging as well as for digital-era applications such as 3-D printing.

“We have the best technology in the world for PLA here in Thailand,” says Sander van der Linden, Corbion’s country manager and site director at Rayong. “We get great support from the Thai government, which is committed to developing the bio-based economy and agriculture sector and for that reason it is a very good environment for us to be in.”

Indeed, the Thai venture is performing so well that Total Corbion in 2020 announced plans to replicate the Rayong plant in France to create additional capacity. A third production facility is being planned by 2030 and although no decision has yet been taken, van der Linden says Thailand is a contender because there is land available in Rayong to build it alongside the existing facility.

Simon Goldney, Total Corbion’s plant director, points to numerous reasons why Total and Corbion chose to invest in Thailand. One obvious advantage is that Thailand is the world’s second biggest supplier of sugar, the raw material for PLA. Other attractions include good port infrastructure and the government’s corporate income tax breaks and import duty exemptions. Then there’s the quality of the employees, half of whom have a bachelor’s degree or higher. “In Thailand you have a workforce that is second to none,” says Goldney. “They are innovative, willing and hard-working. We would not be where we are today if we did not have that workforce.” Van der Linden agrees. “You can throw anything at them and they can solve it. They are super-reliable. It gives us confidence that investing in Thailand will pay back.”

High-flying next generation biotech startup Spiber Inc also had the confidence to choose Thailand’s Eastern Economic Corridor for its first factory outside Japan. Based in Tsuruoka City, home of Keio University’s prestigious Institute of Advanced Biosciences, Spiber has created an international buzz by pioneering and becoming the global market leader in environmentally friendly synthetic spider silk – a material that’s valued for being stronger than steel, lighter than aluminium and more flexible than carbon fibre.

It can be used in the fashion industry as a fibre – most famously in the North Face Moon Parka – or in construction, the auto industry and manufacture of medical devices. Unlike other synthetic fibres such as polyester and nylon, it isn’t reliant on fossil fuels or animal resources.

Rather than using real silk from spiders, Spiber has replicated spider silk DNA using brewed protein created from micro-organisms fed with sugar. Its $100 million Thailand factory, due to begin production in 2021, will be the world’s largest structural protein fermentation facility, producing 700 tonnes a year. It will use sugar sourced in Thailand and will serve as a base for research and development.

Spiber Managing Director Morita Keisuke says his company originally considered other possible locations in Asia and the Americas. However, it was won over to Thailand not only by the availability of sugar, but also the incentives, reliable infrastructure, good access to, and relationship with, Japan and strong supply chains in industries of interest to Spiber, such as clothes and automotive.

As a company committed to producing sustainable, ethical products, Morita also singled out the Thai workforce. “We can find people with high skills and good personalities who empathise with our vision,” he says.

Back in the Thai capital, renewable energy entrepreneur Somphote’s vision to transform Bangkok into a city of electric cars, buses and boats is clearly apparent in the name he has chosen for his vehicles – MINE Mobility. Mine stands for Mission: No Emission. That’s a vision that, in post-COVID Thailand, both the government and investors share. 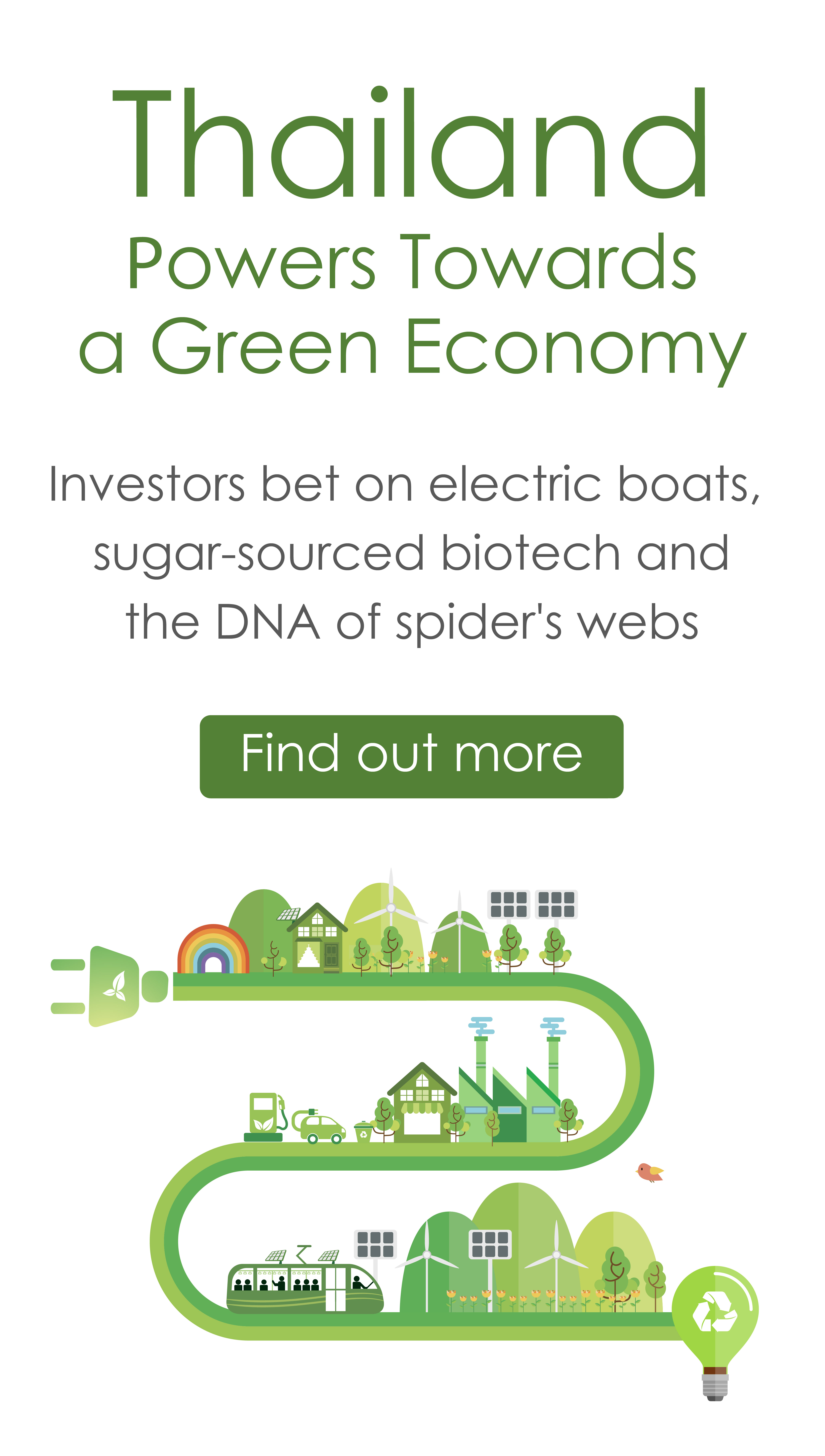 Mobile users may face higher charges based on combined additional expenses of 1.7-13.6 billion baht per month, depending on the degree of market dominance once the merger of True and DTAC takes place.

Chonburi defender Kritsada Kaman will captain the national U23 team which will be taking part in the AFC U23 Asian Cup finals in Uzbekistan from June 1-19.

The Personal Data Protection ACT is set to come into force on June 1, with the authorities hoping the law sets a clear standard for personal data protection and raises international confidence in local businesses.

Board allays unease over sugar supply

EV dream may hinge on Japan