Car manufacturing is expected to increase by 5.12% to 1.5 million units this year from 1.42 million units last year as the Federation of Thai Industries (FTI) pins hopes on the state's ability to get the ongoing outbreak under control to bring Thailand back on track towards economic recovery. 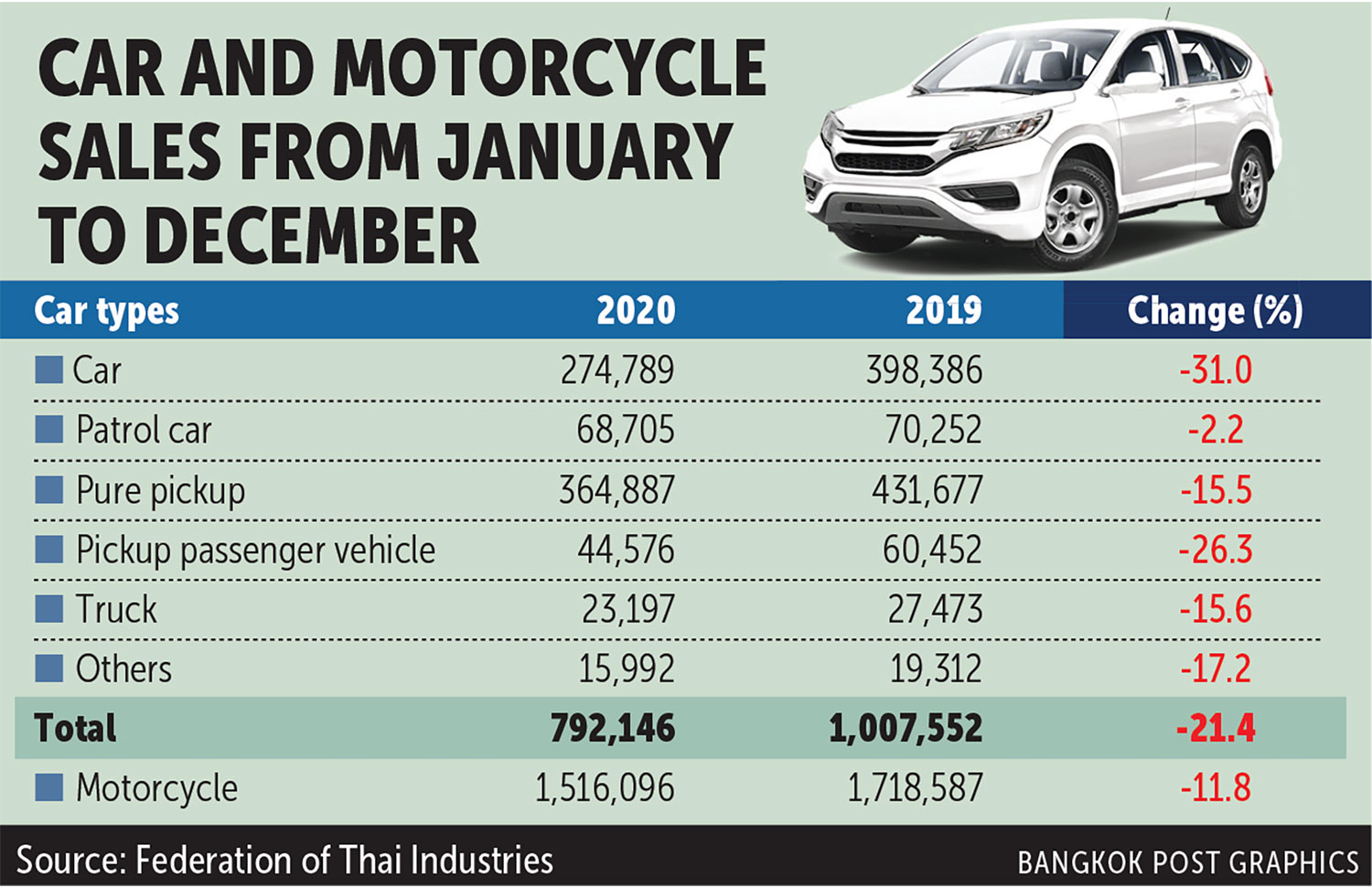 Surapong Paisitpatanapong, vice-chairman and spokesman of FTI's automotive club, said the group believes measures against the outbreak and the economic stimulus packages will build confidence among people and help deal with low purchasing power.

Of the 1.5 million units expected to be produced this year, 750,000 units will be made for the domestic market while the remainder will be exported.

"We have seen positive signs since last year, when Thailand's car production increased to 1.42 million, which was higher than our projection of 1.4 million units, or an increase of 1.90%," he said.

Compared with car production in 2019, output in 2020 decreased by 29.14% year-on-year, due mainly to the global economic slowdown.

"This was a good sign, showing the domestic economy had begun to recover," said Mr Surapong.

He attributed the recovery to the government's economic stimulus measures, including efforts to solve low crop prices, the co-payment scheme as well as the state investment in infrastructure development projects.