All eyes on Uncle Sam
Business

All eyes on Uncle Sam

While US-Thailand ties are largely untroubled, matters could shift if policies devised by both governments do not parallel one another in terms of principles and mutual interests, write Suchit Leesa-nguansuk, Lamonphet Apisitniran and Pathom Sangwongwanich

A new dawn has begun on American soil after Joe Biden was inaugurated as president on Jan 20, with many hoping the new administration will not make America great again by imposing tit-for-tat tariffs, tweeting carelessly and explicitly promoting xenophobia. 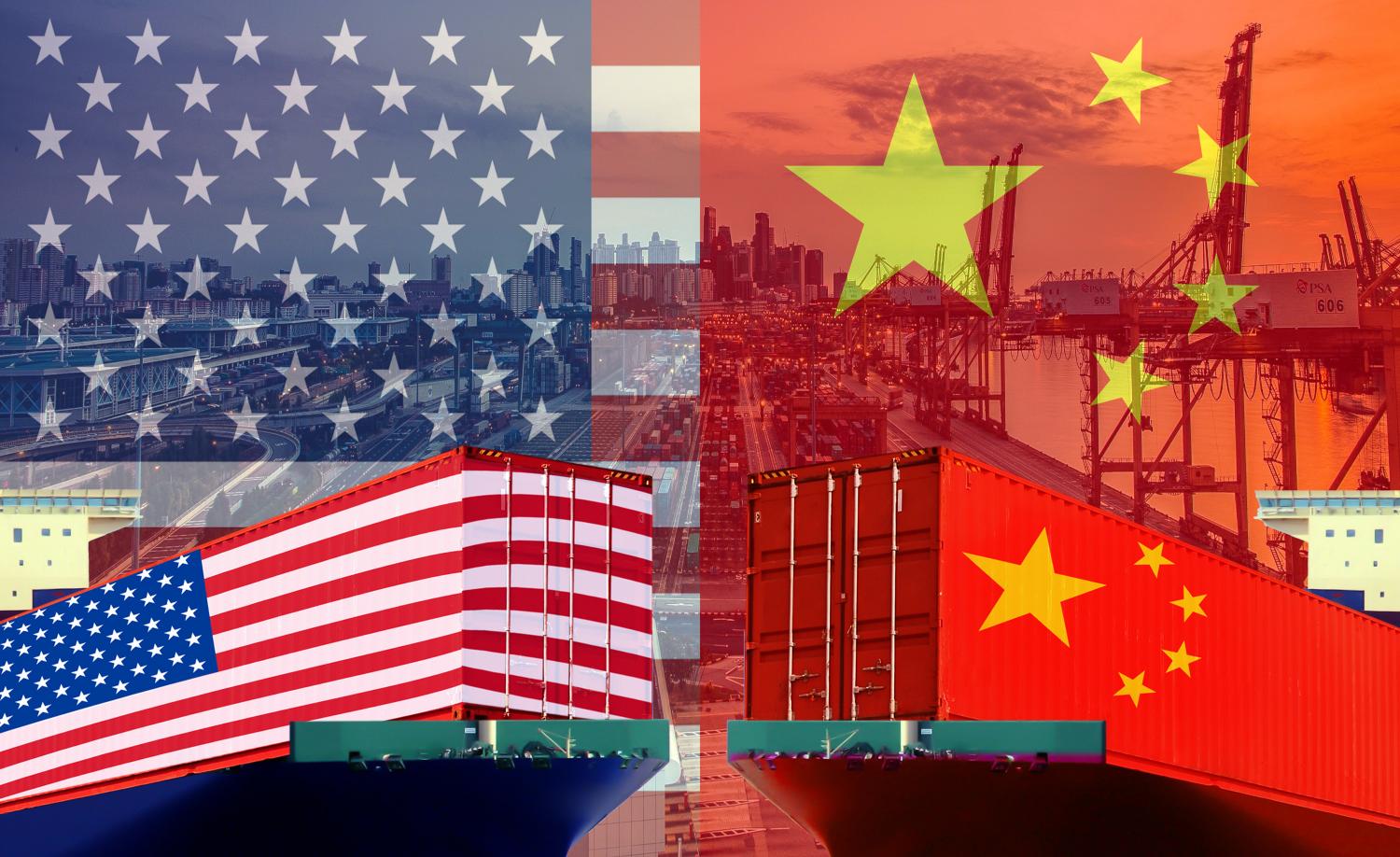 US-Chinese tensions have been taking a toll on the global supply chain, in particular for IT products.

As the 46th US president, Mr Biden wasted no time in repairing policies implemented by his predecessor, signing more than a dozen executive orders on immigration and the environment, among others.

As a long-time ally of the US in Southeast Asia, Prime Minister Prayut Chan-o-cha congratulated Mr Biden's inauguration in a letter, heeding the US president's "to heal, we must remember" phrase and extending an invite to Mr Biden and the First Lady to visit Bangkok.

It is uncertain what actual policies the US may pursue to advance its interest in Thailand and the rest of the world.

While ties between Thailand and the US remain largely untroubled, things could shift if policies devised by both governments do not parallel one another in terms of principles and mutual interests.

In 2019, Chinese tech behemoth Huawei was put on a blacklist called the Entity List, issued by the US Department of Commerce, which resulted in US firms being barred from supplying Huawei without a licence.

Accordingly, Huawei has since been banned from Google Mobile Service (GMS) access, leading to a substantial dip in its handset sales overseas.

Another rising tech star, Xiaomi, had a similar fate before the flamboyant president left the White House. On Jan 14, the company was added to the US Defense Department's list of companies with alleged ties with the Chinese military.

The action means US investors will be unable to purchase Xiaomi securities and will have to divest down the line by Nov 11.

It is unclear whether this tech war would be eased under Mr Biden's leadership.

People in the IT industry believe the tech war between the US and China will continue to drag on, though to what extent remains to be seen.

Narathip Wirunechatapant, chief executive of IT retailer Jaymart Mobile, expects the trade war to carry on as the US attaches importance to its national interest as a global leader.

"The tech war is expected to continue. But to what degree, that we need to wait and see," said Mr Narathip.

"The US mostly focuses on taking on Chinese rising stars and that is why Huawei and Xiaomi have been targeted."

Somchai Sittichaisrichart, managing director of SiS Distribution Thailand, an IT product distributor, said two scenarios can be expected with Mr Biden in the White House.

First, based on the Democrat party's ideology, the Biden administration could accommodate free trade with a compromise. Even if the tech war is continued, Mr Biden would make cautious moves, said Mr Somchai.

The Democrat party has also shown support for environmental protection, which should be a boon for the Internet of Things, solar cells, automation and technologies that ensure efficient energy management, he said.

Second, the US may still give weight to the country's competitiveness and interests. This means the US would not let its key rivals thrive, threatening its global position, Mr Somchai said.

US-Chinese tensions are taking a toll on the global supply chain as tech companies are forced to seek components from other suppliers, apart from Huawei. Firms also have to stop supplying Huawei lest they upset American buyers and suppliers, he said.

It remains to be seen whether the US will take further action against Xiaomi, particularly regarding a GMS ban, Mr Somchai said.

If the US does slap a GMS ban on Xiaomi, it would signal the intensity of the tech war with China under the Biden administration, he said.

However, if the tech war escalates, this would aggravate a global tech supply chain that has already been adversely affected by the pandemic, she said.

Tech firms are gearing up to build their own ecosystem rather than rely on a third party, including suppliers, to minimise risks, said Ms Sutida.

"These decisions are expected to be made with greater transparency, and will be oriented towards using digital transformation to address the multiple crises facing the US," he said. 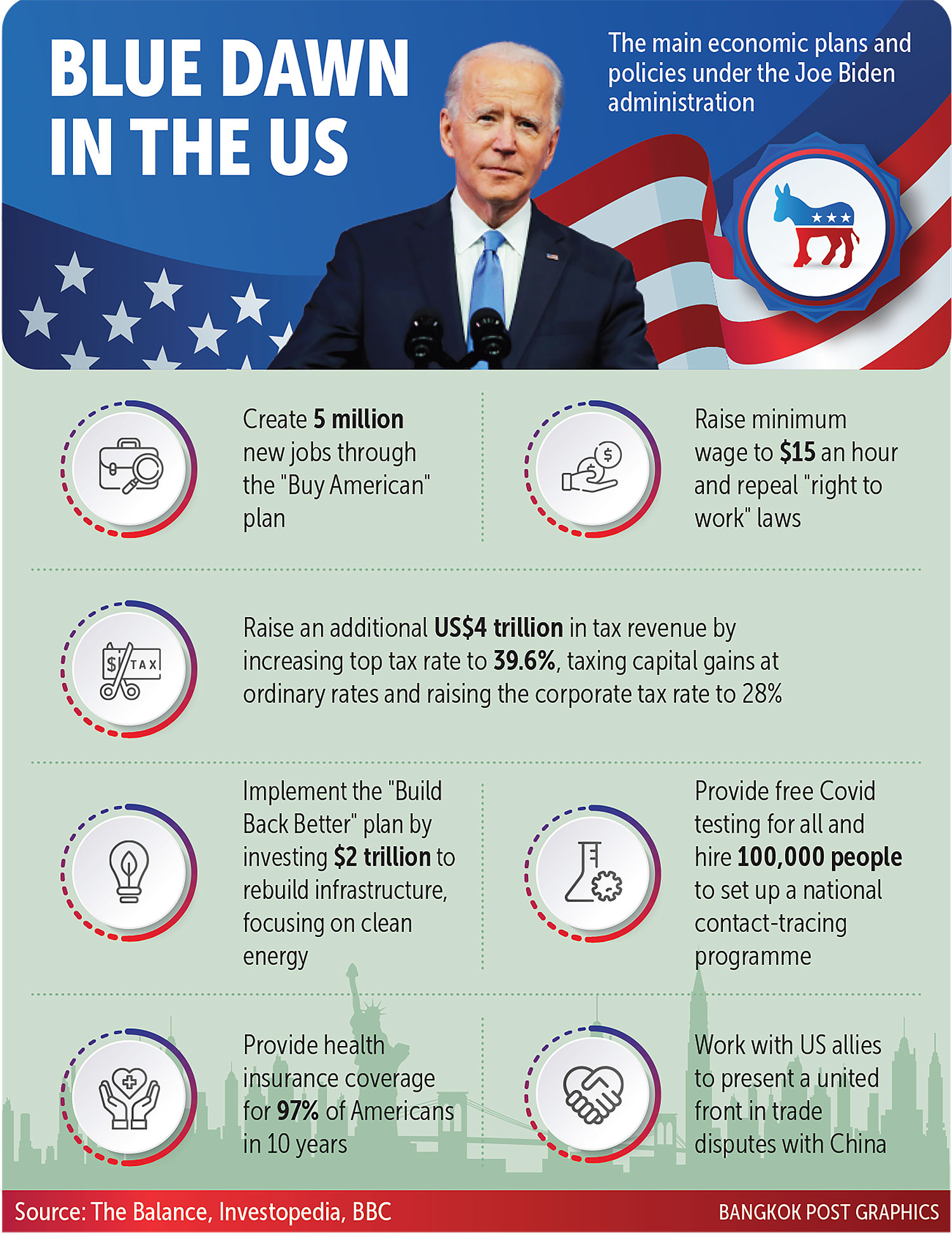 The Federation of Thai Industries (FTI) expects the US-China trade war will continue under the leadership of Joe Biden, even though he disagrees with the broad tariff policy levied on Chinese products by his predecessor.

Mr Biden will use trade regulations and form an alliance with selected countries to counter China, which has been accused of subsidising Chinese firms in an unfair manner, according to the Council on Foreign Relations, a New York-based think tank.

The trade war will continue as a result, but the extent of its severity requires close monitoring over a long period, said FTI vice-chairman Kriangkrai Tiannukul.

A side effect of the trade war is assumed to be Washington's decision to impose anti-dumping duties on car tyres exported from Thailand, which is used as a new production base by Chinese tyre companies, according to Mr Kriangkrai.

Thailand has dealt with this trade war for some time and efforts to adapt must gain momentum, he said.

"That's why we've been looking for new markets and continuing to upgrade our products to be higher quality," said Mr Kriangkrai.

Thailand can expand its exports to cover more markets if it joins the Comprehensive and Progressive Agreement for Trans-Pacific Partnership (CPTPP), which commits members to reduce import tariffs on farm products.

The business sector supports joining the pact given the global economic recession and ongoing trade war, he said.

One of the main reasons to join CPTPP is to add new markets for Thai exports, said Mr Kriangkrai.

"CPTPP can be a good way to help restore and drive our economic engine," he said.

Mr Kriangkrai remains firm in his belief that the US is likely to join CPTPP and replace Japan as a core member of this massive trade pact.

Eleven Pacific Rim countries -- Singapore, Australia, Brunei, Canada, Chile, Japan, Malaysia, Mexico, New Zealand, Peru and Vietnam -- signed the pact in early 2018 and it came into effect near the end of the year.

CPTPP conditions were revised after the US withdrew from the previous Trans-Pacific Partnership (TPP) agreement during the Trump administration in 2017.

TPP gained support from the US under Barack Obama's administration, during which Mr Biden served as vice-president.

Although there is promise on the horizon under the Biden regime, the US will likely use certain issues to leverage and negotiate with its allies in the East.

Mr Biden's policies will have a profound impact on the global economy and financial markets, but such impact should have a positive note, especially for Asian economies, as the nature of his policies fuse liberalism and moderation, with a tint of democratic socialism, said Anusorn Tamajai, director of the Economic and Business Research Centre for Reform at Rangsit University's Institute of Economics.

Global geopolitical confrontations are expected to subside under the Biden administration, while global trade is anticipated to see a U-turn towards multilateralism by the US, said Asst Prof Anusorn.

The Thai government is expected to urge Washington to consider restoring preferential trade benefits for certain Thai products under the Generalized System of Preferences (GSP), which was suspended by the Trump administration, he said.

But Thailand will have to make progress on labour rights, human rights, environmental issues and intellectual property rights in a bid to restore the GSP with the US, said Asst Prof Anusorn.

"Four years of a Democrat-led US government, with a majority in Congress, will emphasise these issues in trade negotiations and economic relations," he said.

Effective since Dec 30, Thailand has been denied GSP benefits with the US on the grounds that the country "has yet to provide the US with equitable and reasonable market access for pork products, as outlined in a 2018 petition from the National Pork Producers Council requesting removal of GSP benefits," according to the US Trade Representative.

GSP eligibility was revoked for roughly one-sixth of Thailand's GSP trade, representing $817 million in US imports under the GSP programme in 2019.

As the US is poised to adopt aggressive fiscal and monetary stimulus programmes to shore up its economy, this should help induce a global economic recovery, which would be a boon for Thai exports, said independent academic Somjai Phagaphasvivat.

Thai exports are expected to record 2-3% growth this year following a 6% contraction in 2020, but imports will remain sluggish because of subdued domestic demand and lacklustre private investment, said Mr Somjai.

"The baht could appreciate to 28 against the US dollar based on excessive liquidity from dovish monetary stimulus worldwide. But this won't offset an export rebound as the global economic recovery will help compensate for the stronger baht," he said.

"Thailand will have to focus on electric vehicle production, clean energy and advanced technologies in order to receive a windfall from US investment flows derived from Mr Biden's policies on renewable energy and lower carbon emissions."