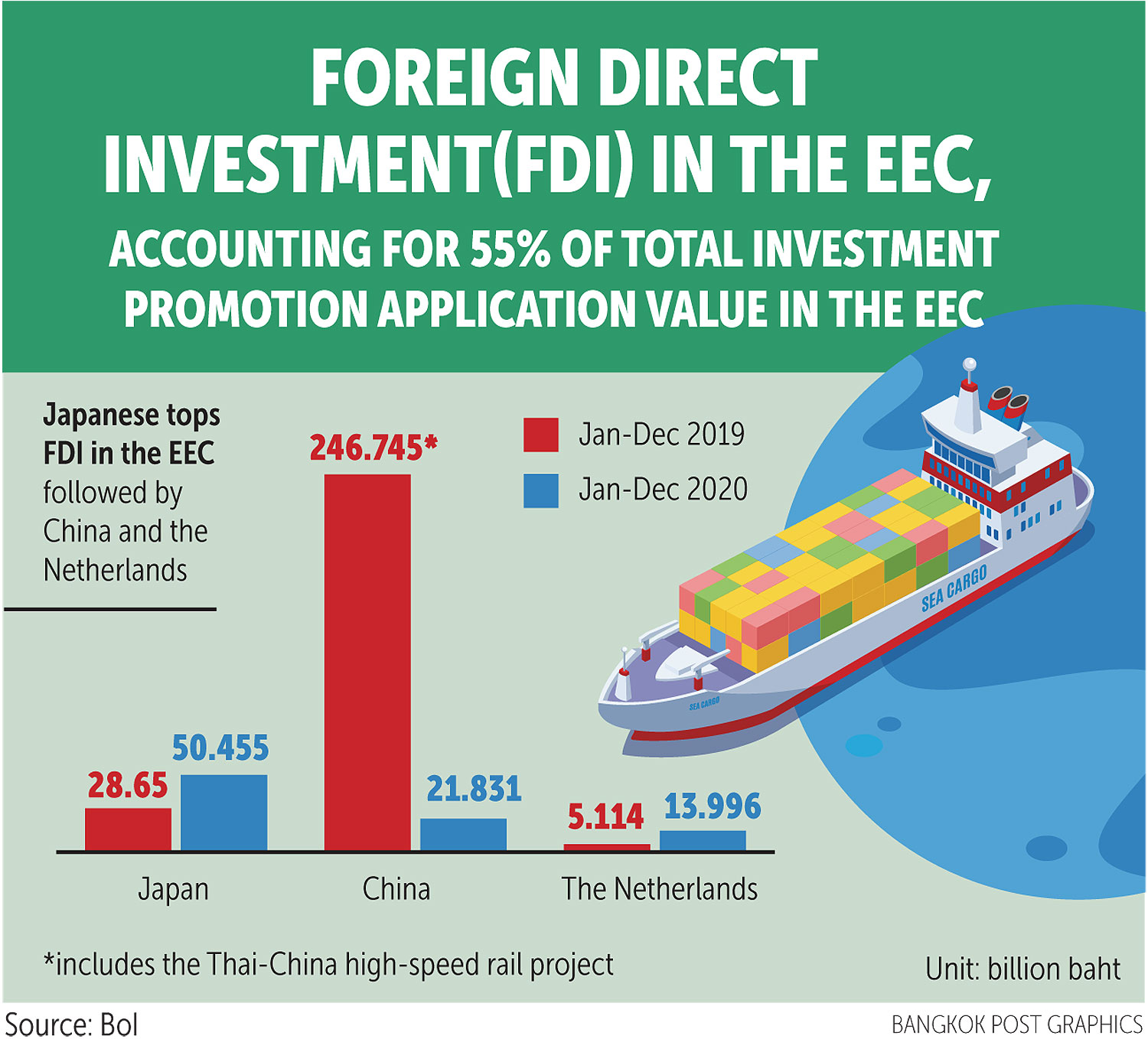 Of the total, 300 billion baht is expected to be generated by private investment, while 100 billion would stem from key infrastructure projects including a high-speed rail linking Suvarnabhumi, Don Mueang and U-tapao airports, a renovation for U-tapao airport, Map Ta Put industrial port phase 3 and Laem Chabang port phase 3, according to EEC Office secretary-general Kanit Sangsubhan.

"Private investment is expected to become more active this year after being delayed from last year due to the pandemic," he said after a meeting of the EEC Policy Committee chaired by Prime Minister Prayut Chan-o-cha. "This year's private investment is likely to far outpace 105 billion baht registered in 2020."

In 2020 there were 453 applications worth 208 billion baht in the EEC, with 79 projects or 46% having real investment. The remaining projects are expected to be implemented this year, said Mr Kanit, adding the EEC estimates investment promotion applications to the EEC to be worth around 300 billion baht this year. 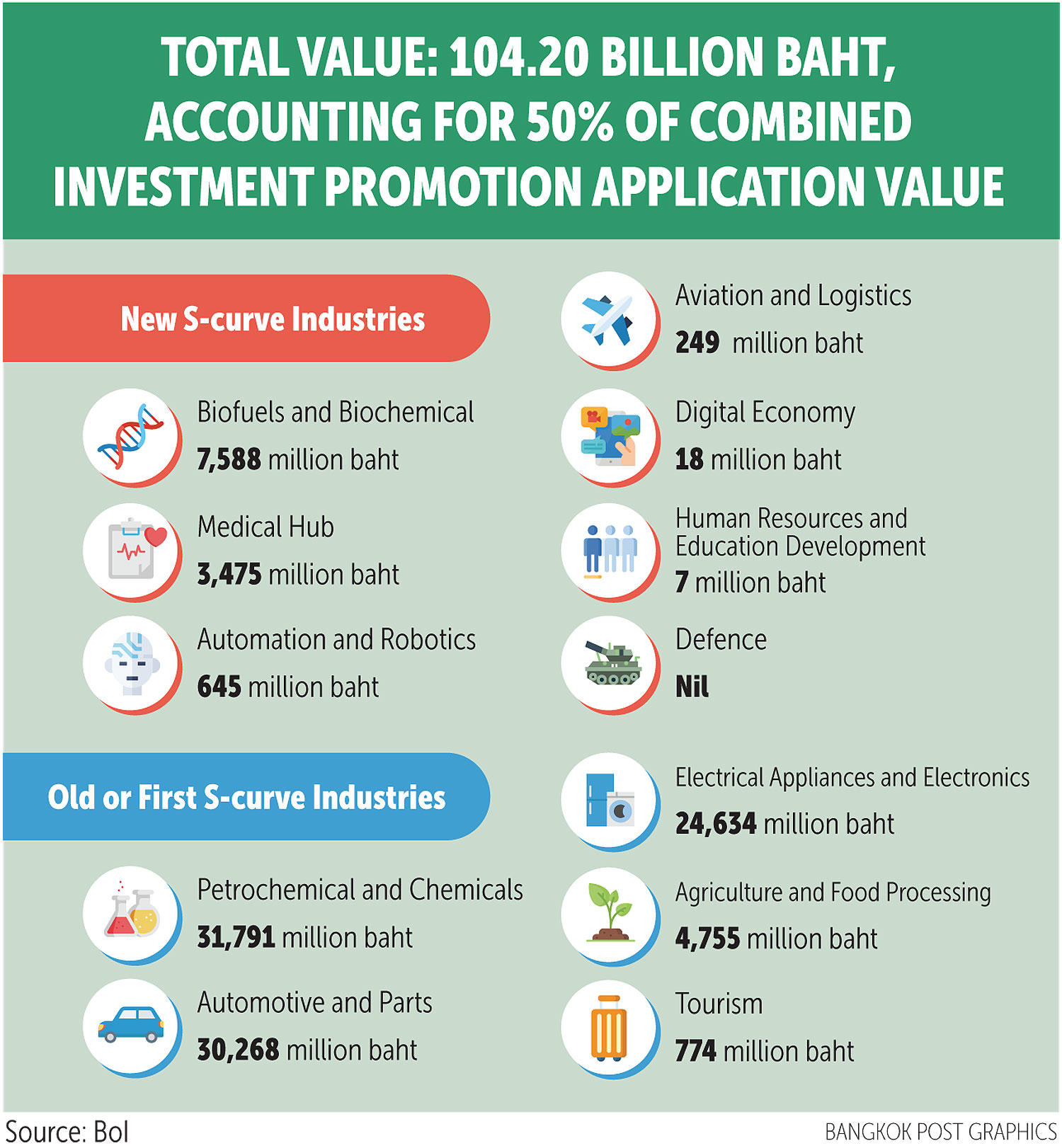 Mr Kanit said 5G technology, where Thailand has made the most progress in Asean, is also likely to draw investment to the EEC this year, saying many companies asked for promotional privileges from the BoI.

"By the middle of this year, there will be large-scale investment applications for battery and electrical vehicles, medical equipment and projects relating to 5G technology such as data storage from China, Taiwan and the US."

Yesterday, the EEC Policy Committee yesterday agreed to speed up 5G technology infrastructure development in the EEC while the Board of Investment (BoI) may need to promote more categories of industries related to 5G technology.

Mr Kanit said the investment of infrastructure in EEC is 80% complete and factories and hotels there should make the best use of 5G to upgrade their products and services.