Visitors to the Bangkok International Motor Show have first-hand experience of an electric vehicle on Tuesday. (Photo: Varuty Hirunyatheb)

The government now wants every electric vehicle sold in Thailand to have been produced locally by 2035, five years earlier than its original plan, as it burnishes its clean green credentials. 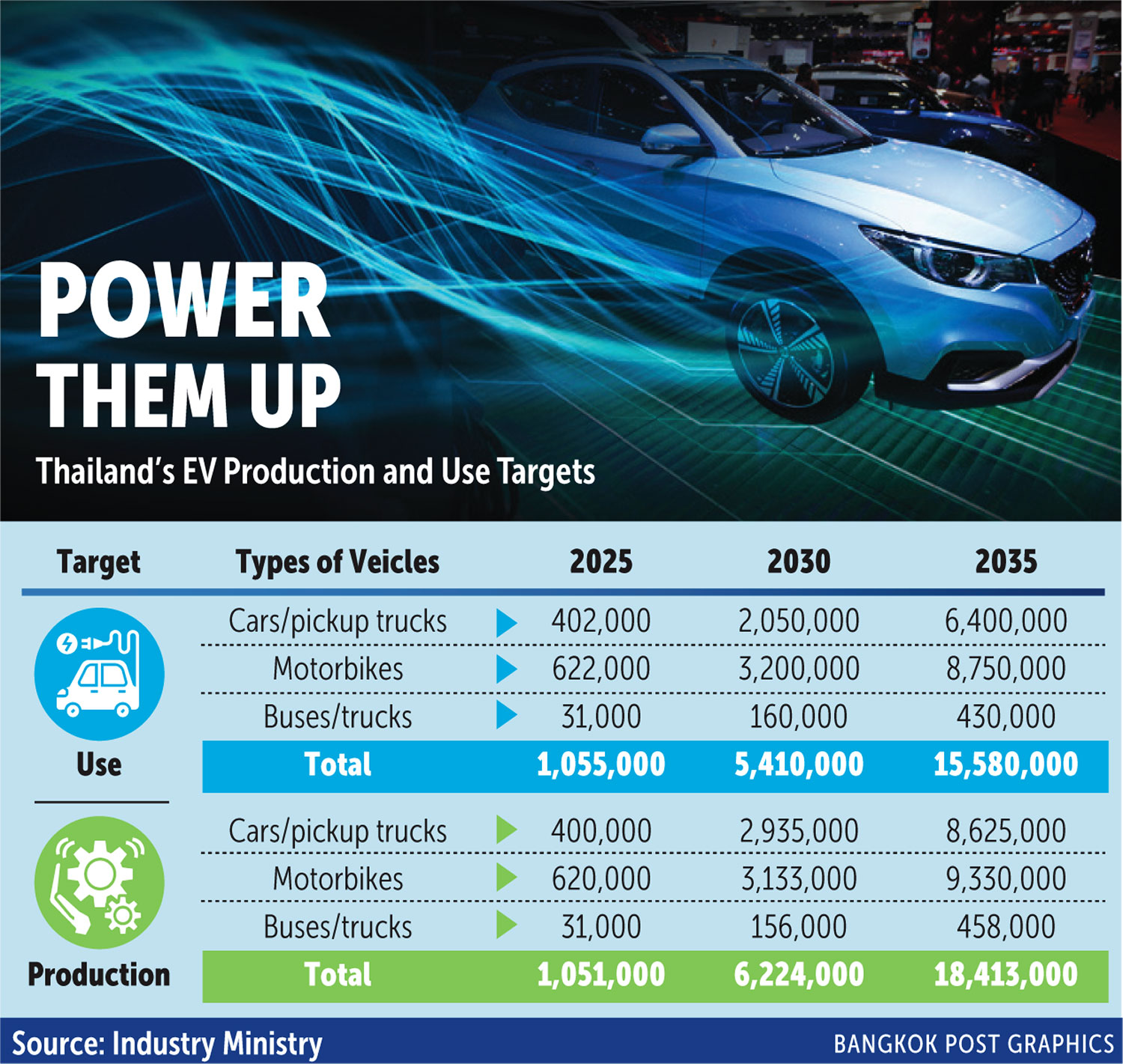 In doing so, the committee also set a goal that 50% of local e-vehicles be made locally by 2030.

"We also need to accelerate the use and demand of electric motorcycles in a bid to meet that high target," Mr Supattanapong said.

"The new ambition plan has also prompted us to work harder."

The president of the Federations of Thai Industries (FTI), Supant Mongkolsuthree, praised the new goal for its audacity, saying it would help realise the vision to make Thailand -- once known as the "Detroit of Asia" -- to become a global production base for e-vehicles within 15 years.

The committee is also aiming to raise local demand for e-vehicle use.

The meeting also approved the establishment of four sub-committees, which will coordinate research into issues such as electronic vehicle infrastructure, privileges and taxes, plus the development of an ecosystem suitable for an electric vehicle production site.

One of the committees will promote the production of electric vehicles and parts; the second will be responsible for the development of infrastructure and batteries; the third will evaluate the impacts of electric vehicles on petrol and greenhouse gases; the final sub-committee will handle PR and try to encourage drivers to make the shift to e-vehicles.

Deputy CEO of Energy Absolute, Amorn Sapthaweekul, said Wednesday's meeting was held to expedite the implementation of Thailand's plan to be an e-vehicle production hub.

"The plan has produced good progress so far," he said.

The deputy PM assured the private sector that the government would be able to achieve its lofty goals for e-vehicle production and use, Mr Amorn said.

The government has been issuing incentives for the growth of e-vehicle production over the last year.

These reportedly include raising tax benefits for manufacturers and consumers, developing exclusive parking spaces for e-vehicles and ensuring battery charging stations are provided across the country.

In terms of manufacturing infrastructure, the government has prepared The Eastern Economic Corridor (EEC) to be the base for developing e-vehicles in Thailand.