GSB allows loans via mobile banking during the pandemic. (Photo by Somchai Poomlard)

State-owned Government Savings Bank (GSB) is poised to ramp up its full-fledged mobile banking development plans to accommodate its ambitious role as a social banking provider.

President and chief executive Vitai Ratanakorn said the ultimate goal as a social bank is to narrow social disparity and reduce poverty in the country through lending and other financial services.

"The bank's goal aligns with the government's policy and national strategy, which aims to reduce the number of poor people and allow low-income earners to gain easier access to financial services and products," said Mr Vitai.

He said traditional lending practices and services through the bank's branches fail to cover several million people at the grassroots level nationwide. 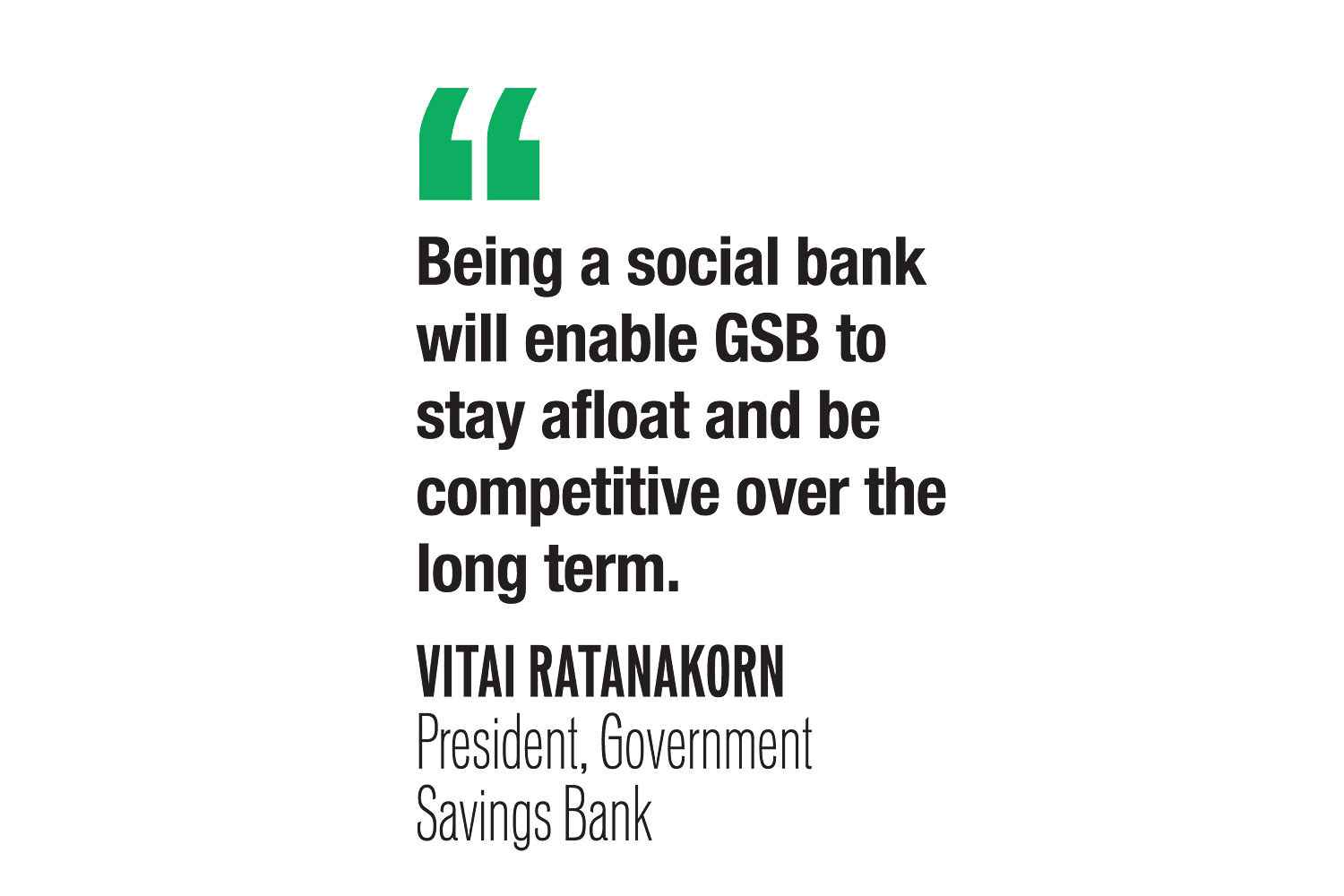 The bank has tentatively extended loans through mobile banking services during the pandemic, coinciding with the government's order for it to help provide emergency loans to low-income earners affected by the Covid-19 outbreak.

"This is just the beginning," he said.

"We are gearing up to develop a full-fledged mobile lending system."

The traditional extension of loans at the bank's branches was mostly based on applicants' income statements and their past loan repayment records.

He said although the bank's goal is to become a social bank, it still offers financial services for commercial purposes to raise income and profit, which are used to support low-interest social banking services.

The government may need to offer subsidies on a case-by-case basis if certain lending schemes are found to offer excessively low interest rates, said Mr Vitai.

He said one of GSB's social banking programmes is a joint venture with SET-listed Srisawad Corporation.

The main goal of GSB's foray into the vehicle title loan business by offering an interest rate of almost half market rates is to force market interest rates for this loan segment to drop over the long term from 24-28% a year, which it described as being relatively high.

The joint venture firm last month rolled out a low-interest motorcycle title loan product that offers an interest rate of only 14.99%, or a flat rate of 0.69% a month.

This rate is much higher than the NIM of state-owned banks and commercial banks, at 2.2-2.5% and 3.5%, respectively.

NIM is a measurement comparing the net interest income a financial firm generates from loan products with the outgoing interest it pays holders of savings accounts and certificates of deposit.

"Being a social bank will enable GSB to stay afloat and be competitive over the long term," said Mr Vitai.