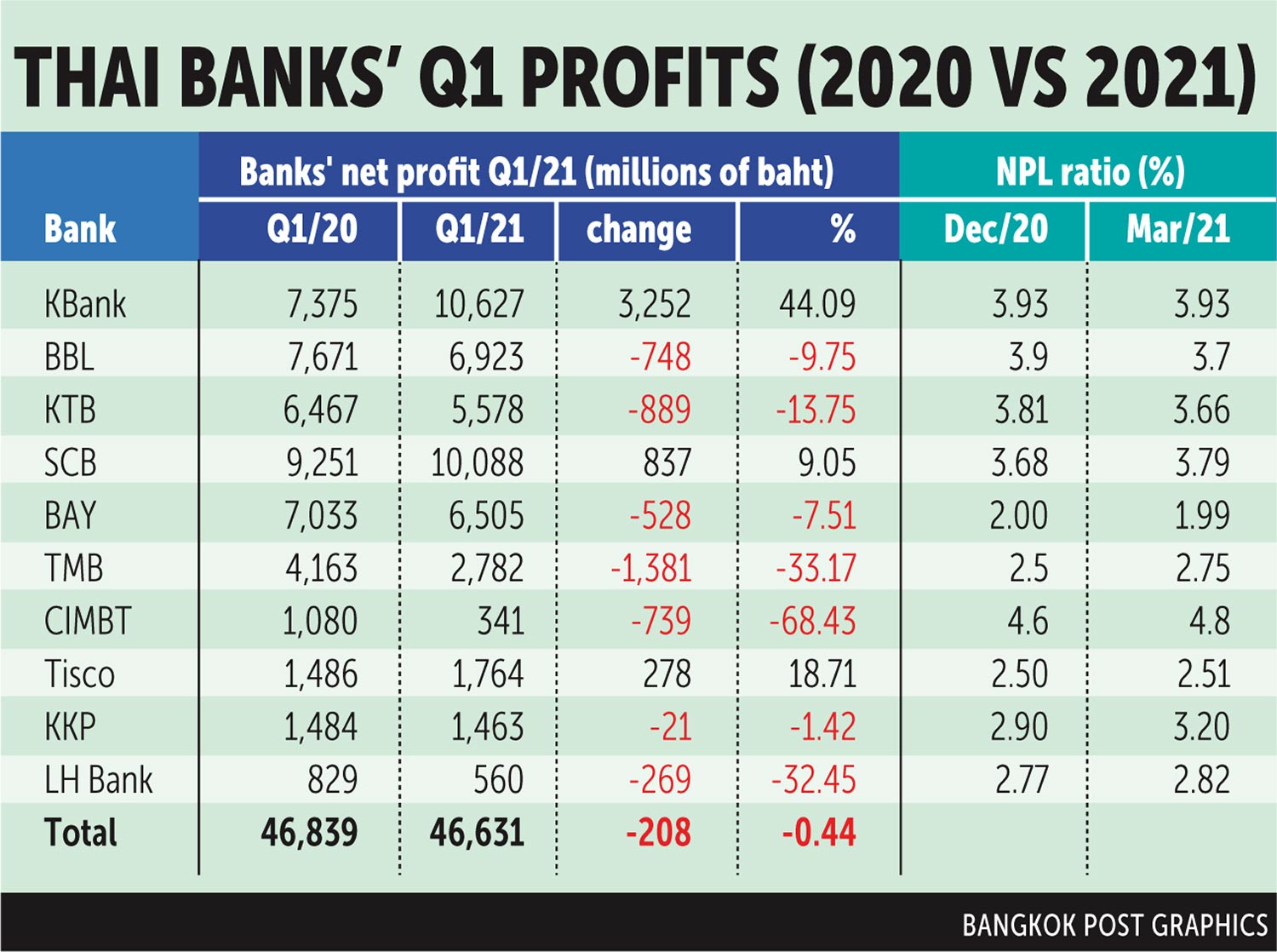 Among the big players, Bangkok Bank (BBL) and Krungthai Bank (KTB) reported their NPL ratio marginally dropped to 3.7% and 3.66% as of March this year from 3.9% and 3.81% at the end of December last year.

Meanwhile, Siam Commercial Bank (SCB) reported its NPL ratio rose to 3.79% as of March this year, up from 3.68% at the end of December last year.

Partly due to high reserves for loan-loss provisions, the 10 SET-listed commercial banks announced that their combined net profit for the first quarter of 2021 was 46.63 billion baht, down 0.44% year-on-year from the same quarter last year.

KBank booked the industry's highest net profit at 10.62 billion baht, a rise of 44% mainly due to a lower provision in the first quarter of this year.

On a quarterly basis, the industry experienced a higher net profit of 48.19% because of lower reserves for loan loss. Moreover, eight out of the 10 banks recorded net profit growth, except for KBank and CIMB Thai Bank (CIMBT).

Pasakorn Wangvivatcharoen, a research manager at Asia Plus Securities, said commercial banks have set additional loan-loss reserves on a continuous basis over the past several quarters to cope with economic uncertainties both globally and locally because of the pandemic.

Moreover, the central bank's debt restructuring measures to ease the financial burden of borrowers amid the outbreak has helped local banks freeze their NPL rates.

"The Covid-19 situation requires close monitoring, particularly about vaccine inoculations both domestically and internationally before we further reassess credit risk of the banking industry and if banks still need to raise their loan-loss provision for the next few quarters," he said. "However, banks are believed to have already set aside sufficient provisions for expected credit loss (ECL) under the central bank's Thai financial reporting standard (TFRS) number 9."