The number of retail cryptocurrency traders in Thailand continues to skyrocket with 24,000 new accounts created in one week in April following the Securities and Exchange Commission's (SEC) approval for Bitkub to resume accepting new accounts. 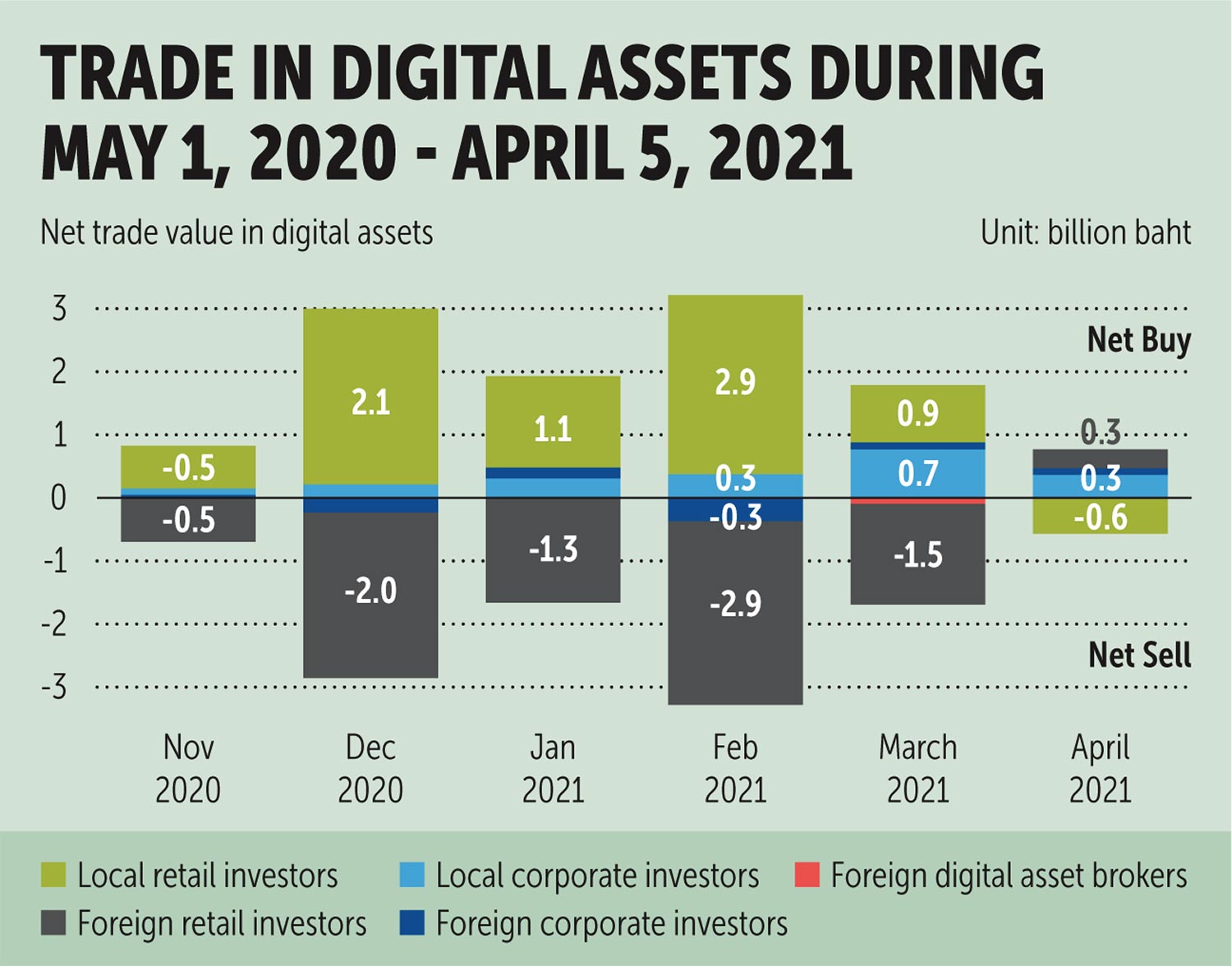 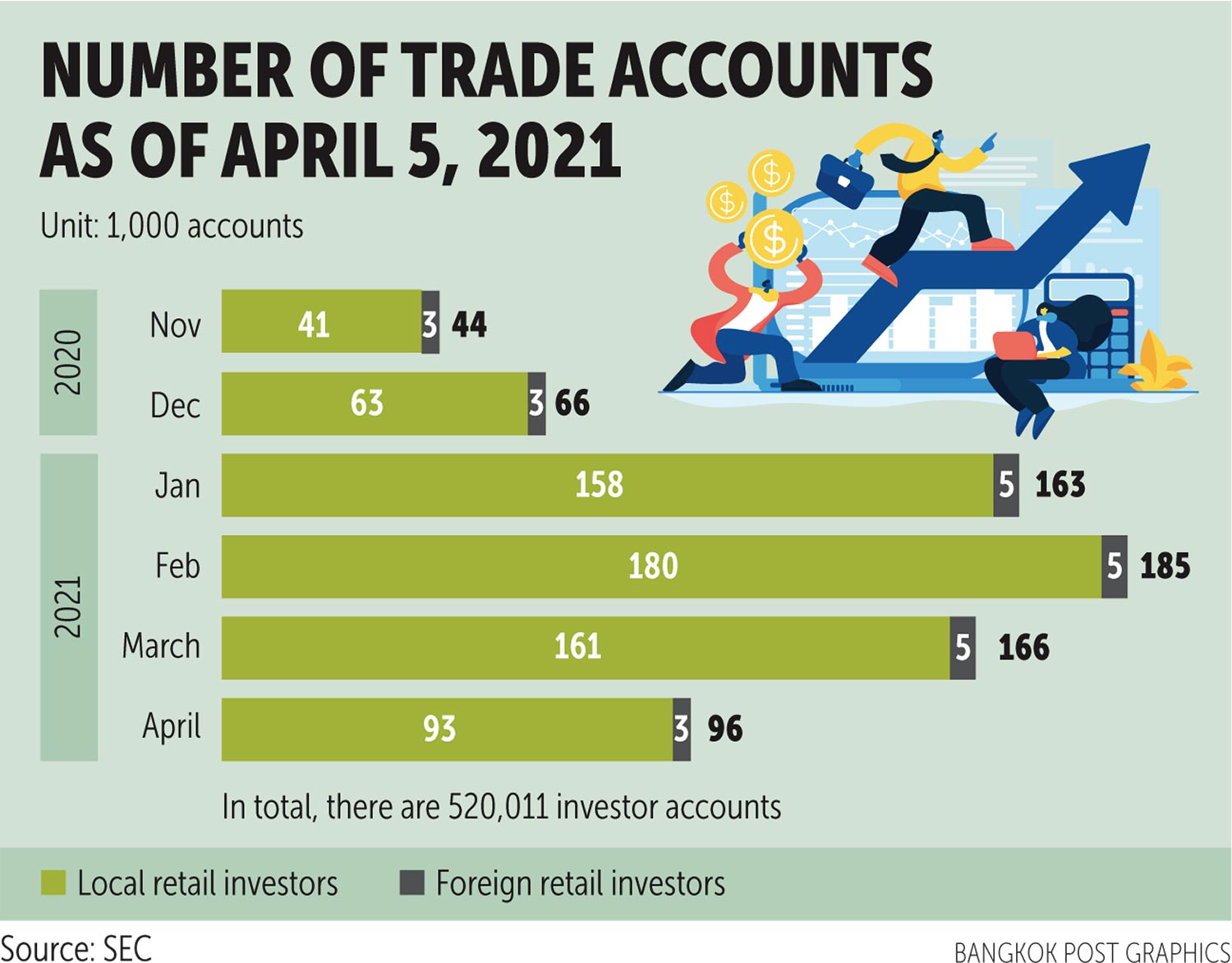 The number of people who participated in the SEC's Crypto 101 Fundamentals course via the regulator's Facebook fanpage, of which the first two episodes have already been aired, also skyrocketed with around 100,000 viewers and accumulated views of around 35,000 as of April 15.

The surge in local new account opening coincided with the bitcoin price surpassing the 2 million baht milestone, about three months after it reached 1 million baht in early January, followed by an array of altcoins which also rose to new all-time highs during the same week.

The phenomenon was also fuelled by the return of Bitkub, the country's largest local digital exchange which was allowed to resume acquiring new customers on April 7 after a two-month suspension to fix its working system and complete the know-your-customer (KYC) process for the pending accounts.

On Tuesday, Bitkub reported the number of applicants for trading account opening since its inception has now exceeded 1 million, including 100,000 clients pending identity verification.

However, the figures reported by the SEC still exclude the trading value of Thai investors in the foreign digital exchanges. 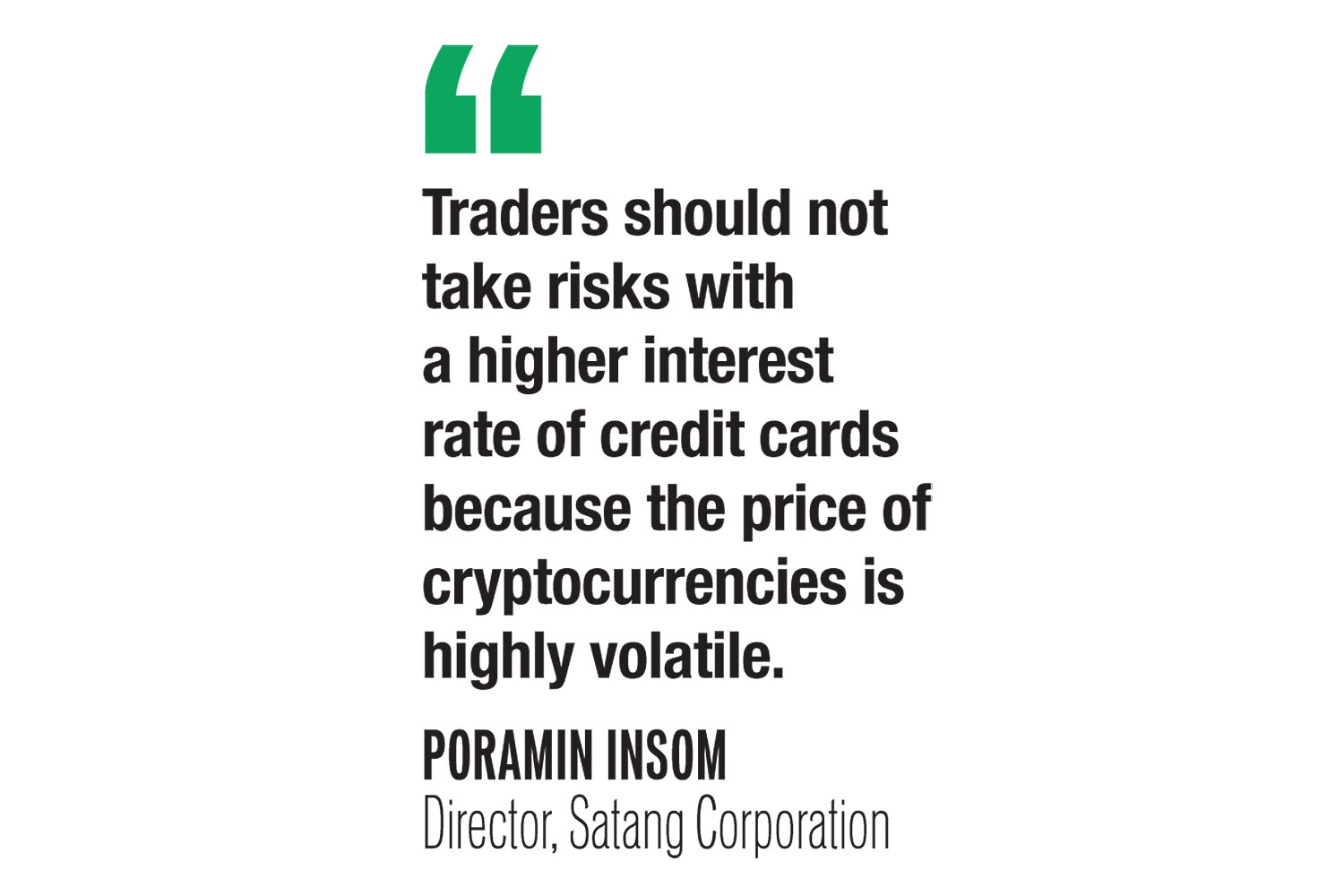 According to a Bangkok Post survey, many crypto-related social media groups also saw a surge in new members.

Some traders in such groups suggested opening accounts with foreign exchanges as they accept credit cards as payment method while local exchanges do not.

However, the advantage didn't last long as many credit card issuers have halted the use of their cards for such transactions this week.

Poramin Insom, founder and director of Satang Corporation, said the Bank of Thailand had banned credit cards as payment methods for cryptocurrency trading since 2018.

However, some transactions may have evaded the bank's inspection as the merchant codes for those transactions were not identified as cryptocurrency trading.

Mr Poramin said traders should not take risks with a higher interest rate cost of credit cards because the price of cryptocurrencies is highly volatile.

Bitkup plots expansion in bid to be Asia’s coinbase