GDP growth may dive to 1.6% this year if the government fails to stimulate an economy reeling from the third wave of the pandemic, says the University of the Thai Chamber of Commerce (UTCC). 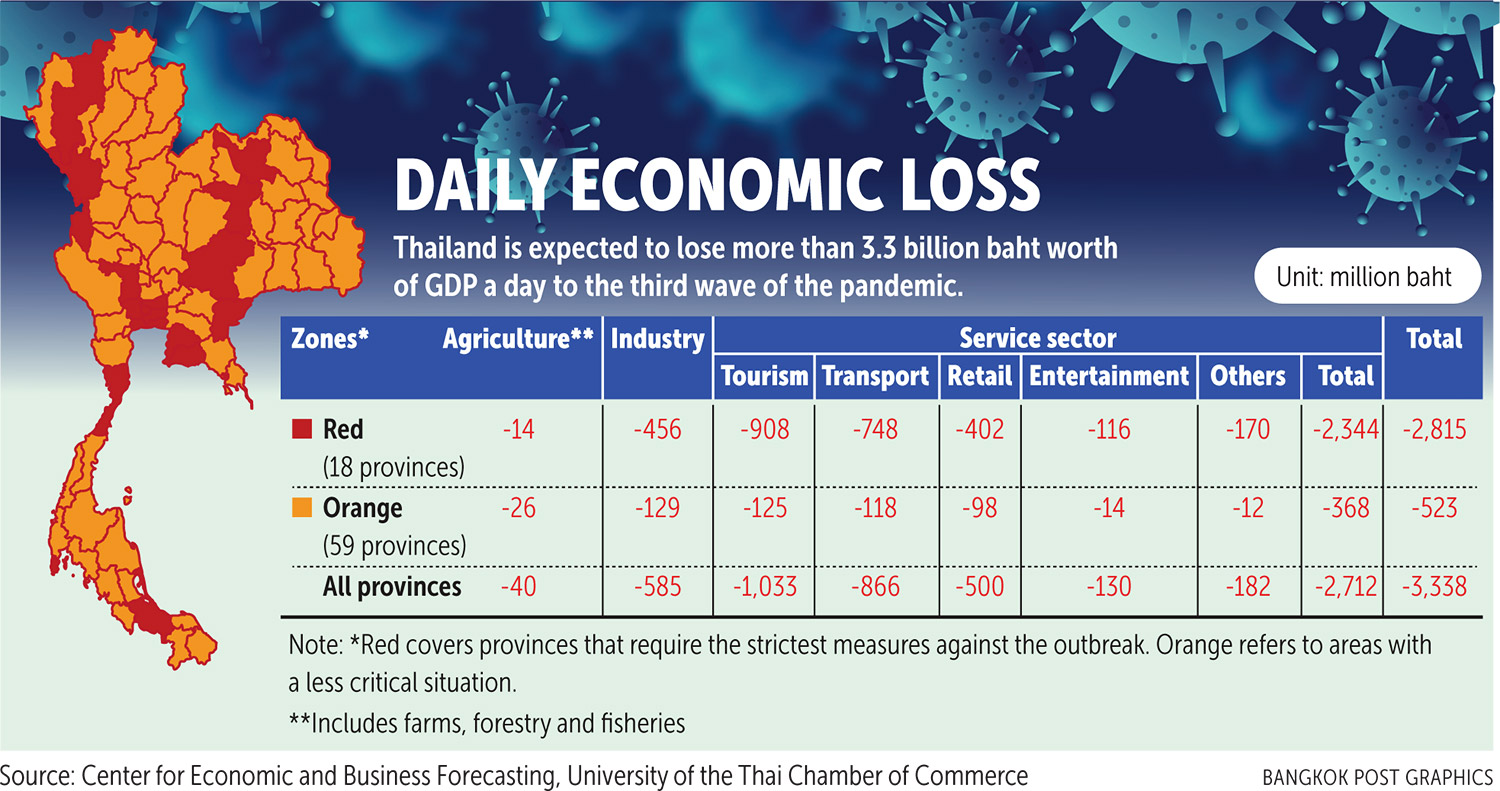 Despite maintaining its GDP growth forecast at 2.8%, the university on Thursday warned the government about dimmer prospects as economic growth will be partly determined by state outlays in 2021.

The UTCC suggests the government splurges 200-300 billion baht through stimulus packages to compensate for the lengthy Covid-19 impact, which has damaged the Thai economy since last year.

A two-month outbreak is enough to decrease people's spending by 200 billion baht, or a decrease of 1.2 percentage points of GDP.

Spending in 18 provinces marked as red zones for critical infection rates declines by up to 84 billion baht a month in this scenario, while 59 provinces labelled orange zones, with less severe outbreaks, see spending dip by 15.7 billion baht a month. The projection called for employment demand in all sectors to decrease by nearly 150,000 workers a month.

Most of the 237 executives who are members of the Thai chamber spanning the country told the university during its latest survey they believe the economy will return to normal by the end of next year.

Mr Thanavath said the government should encourage both wealthy and low-income earners to spend. The Shop Dee Mee Khuen tax rebate scheme is suitable for the former, while Rao Chana (We Win) cash handout scheme should match the needs of the latter, he said. In addition to stimulus, government agencies should considering temporarily hiring more workers and helping the private sector maintain its employment, said Mr Thanavath.