Southeast Asian countries on the frontline of the fight against global warming are stepping up their commitments.

While Southeast Asian countries have been busy developing national and regional policies to mitigate the effects of climate change, its impact is becoming more evident.

Three Asean countries -- the Philippines, Indonesia and Myanmar -- are among the top five in East Asia and the Pacific in terms of people displaced by climate-related disasters. The regionwide figure totalled 9.6 million in 2019.

The populations of those Southeast Asian economies are vulnerable to risks from typhoons, floods, earthquakes, tsunamis and volcanic eruptions, according to a global report on internal displacement.

In Indonesia, at least 3.1 million people have been displaced and directly affected by the impact of disasters to date -- most of them involving severe rain and flooding since January -- including some 2,000 in East Nusa Tenggara province, which was battered by tropical cyclone Seroja earlier in April.

The cyclone also left a devastating impact on East Timor, which shares Timor island with the Indonesian province, with at least 9,000 people displaced and 42 people killed.

The Meteorological, Climatology and Geophysics Agency (BMKG) in Indonesia says tropical cyclones are becoming more frequent, with 10 cyclones hitting the country between 2008 and 2017. Since then, cyclones have occurred every year and sometimes even twice a year, said Dwikorita Karnawati, the head of the agency.

"Seroja is the first cyclone that caused tremendous impact because it made landfall and this is unusual," she told a news conference recently.

She called for more evaluation and mitigation because rising sea temperatures, a result of global warming and high absorption of carbon dioxide, trigger cyclones. Otherwise, tropical cyclones will occur regularly every year. 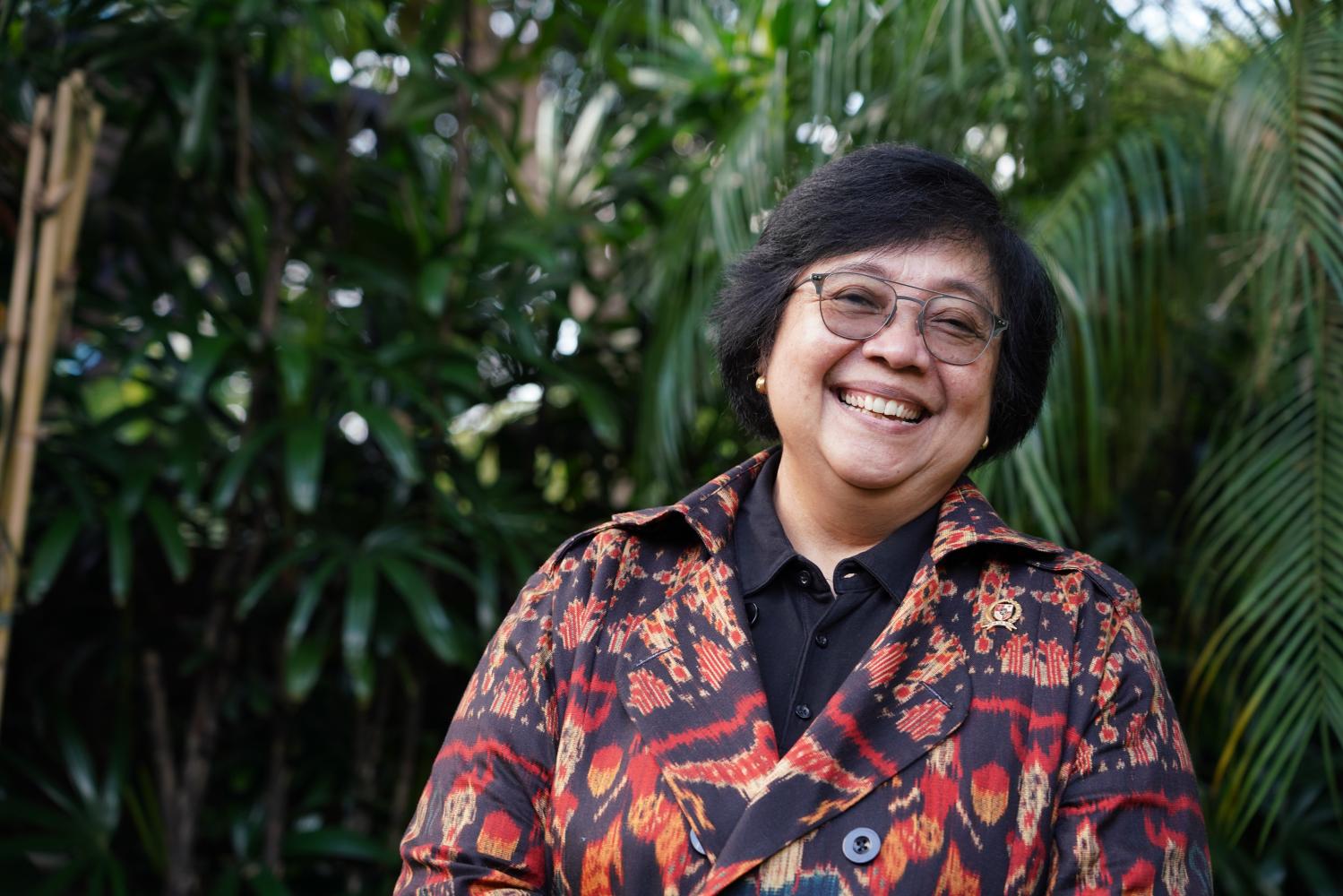 "We are determined to reduce the incidence (of deforestation) even further in the years to come," says Siti Nurbaya Bakar, minister of Forestry and Environment in Indonesia. SUPPLIED

Speaking at the virtual Leaders' Summit on Climate Change hosted by the United States on April 22, Indonesian President Joko Widodo acknowledged that "the impacts of climate change are very real before us", exacerbated by the global economic slowdown due to the Covid-19 pandemic.

He called on the world's leaders to take concrete actions and to lead by example. Indonesia, he said, is very serious about controlling climate change since it is in the national interest as the world's largest archipelagic country and home of a sizeable part of the world's tropical forests.

"Through several policies, empowerment and law enforcement, Indonesia's current deforestation rate has fallen to the lowest in 20 years," he said.

Meanwhile, the country has updated its commitments under the Paris climate accord to increase adaptation capacity and climate resilience as it joins the global bandwagon to promote green development.

Fundamental changes have taken place in Indonesia from 2015 to 2020, during which deforestation and forest fires have been significantly reduced, according to Siti Nurbaya Bakar, the country's forestry and environment minister.

As well, extensive forest rehabilitation, including peatland and mangrove restoration, have been intensified, she said during a recent regional webinar on climate action held by the Temasek Foundation of Singapore.

President Widodo mentioned these changes in his remarks at the climate summit, detailing efforts that Indonesia has been making. He pointed to an 82% reduction in forest fires, and a halt to conversion of natural forests and peatlands covering 66 million hectares. 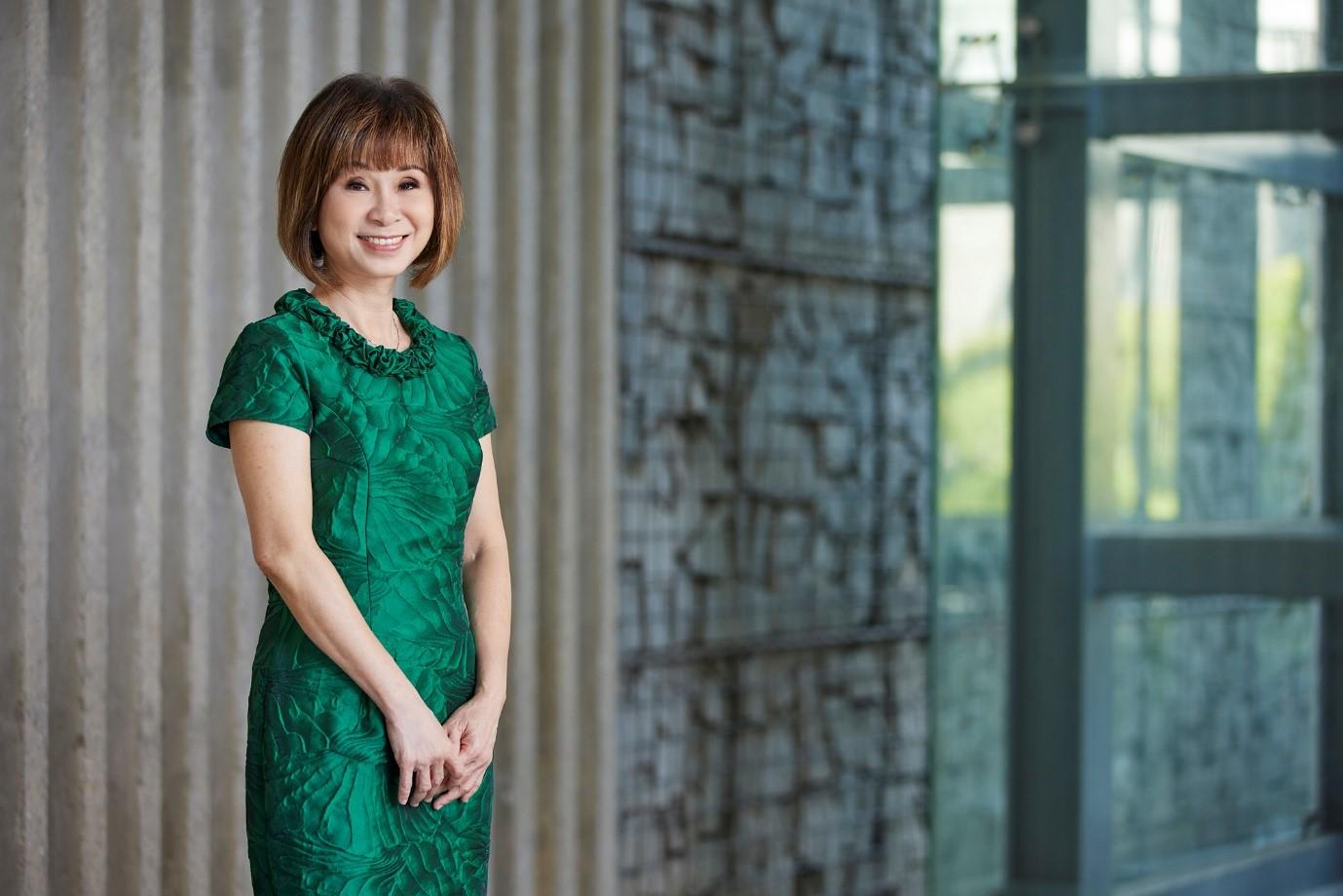 "We want the Singapore Green Plan to spark a national movement," says Amy Khor, Singapore senior minister of state for Sustainability and the Environment. SUPPLIED

As well, he said, the government aims to rehabilitate 620,000 hectares of mangrove forests by 2024 and accelerate net-zero emissions pilot projects, which include building the 12,500-hectare Indonesia Green Industrial Park in North Kalimantan province.

"We are determined to reduce the incidence (of deforestation) even further in the years to come, employing all means possible including weather modification techniques through cloud seeding," the forestry minister said.

"Indonesia is also determined to do more in conserving and rehabilitating mangrove forests, which play a vital role in protecting our coastlines as well as in preserving coastal biodiversity."

Despite the upbeat messages from the government, an independent scientific analysis group that monitors government climate action, Climate Action Tracker (CAT), continued to rate these actions as "highly insufficient" as Indonesia's emissions continue to rise.

There was a decline in the first quarter of 2020 due to reduced household consumption and a slowdown in investments, but as Indonesia recovers from the shock of the pandemic, its initial recovery measures "do not indicate any focus on green measures", the group said recently.

CAT also said that the current recovery plans do not attempt to set the country on a low-emissions pathway, and recent developments suggest it is moving in the wrong direction. 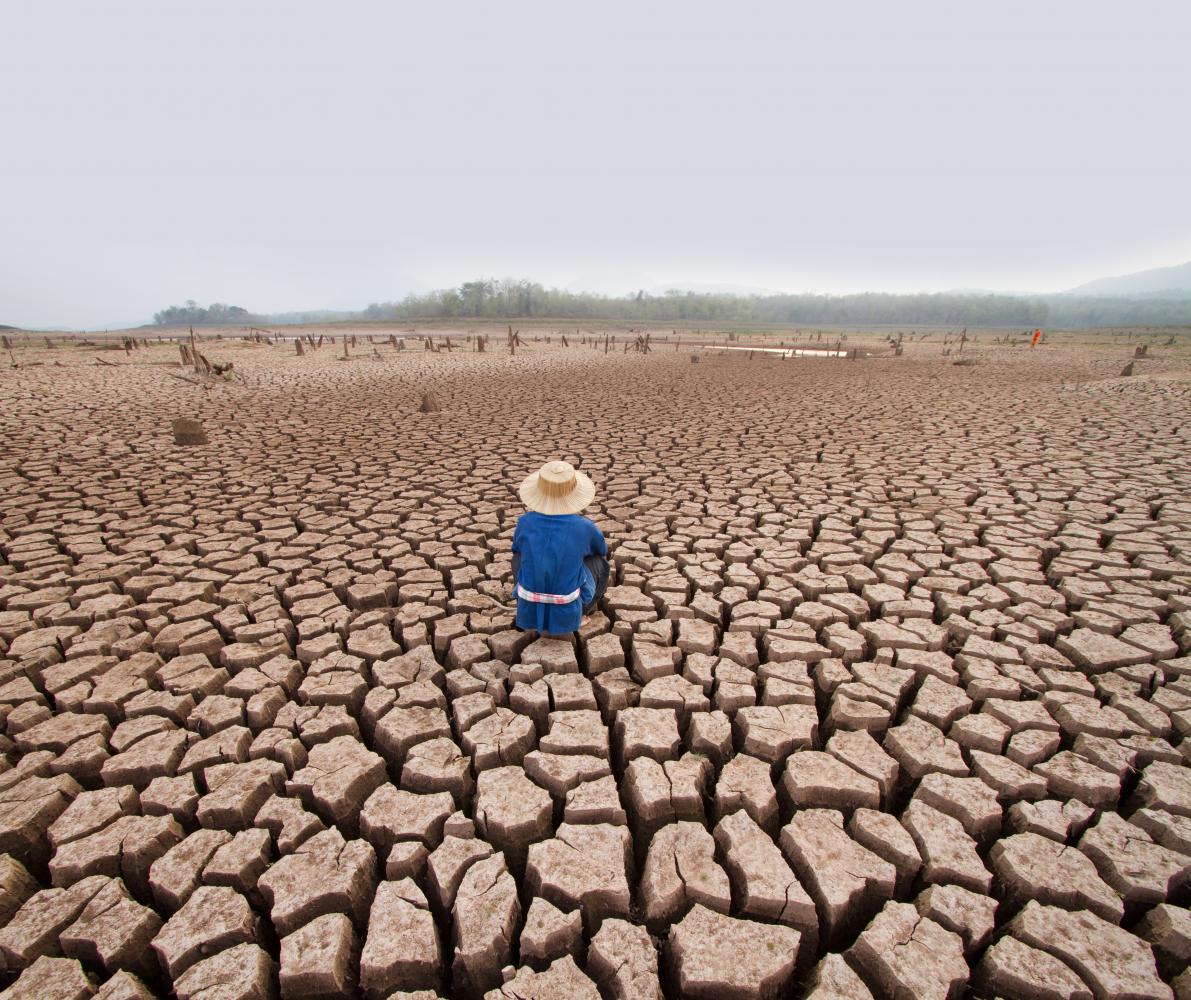 Neighbouring Singapore, meanwhile, in February launched its green and sustainable development plan for the next decade. It is not entirely new for the island city vulnerable to climate change but it is nonetheless an important step, said Desmond Lee, minister for national development.

The vulnerability of Singapore is shared by a significant part of the region's population, for whom economic activity is mainly conducted along coastlines.

"Sustainable development has always been integral to the Singapore Story, even before climate change became a global emergency," said Mr Lee, who was also a panelist at the climate action webinar.

Among the measures laid out under the five key pillars of the green plan are reducing carbon emissions, ditching cars for public transport, walking or cycling to commute, transforming industries to be more sustainable, and safeguarding coasts against rising sea levels.

Businesses are also beginning starting to show more commitment to sustainability, with corporations such as Temasek last year achieving carbon neutrality at its headquarters. The state investment fund is now pursuing plans to achieve a net-zero carbon portfolio by 2050, said Amy Khor, Singapore's senior minister of state for Sustainability and the Environment.

She pointed out, however, that climate action must be a whole-of-nation effort that involves everyone beyond just governments and businesses. 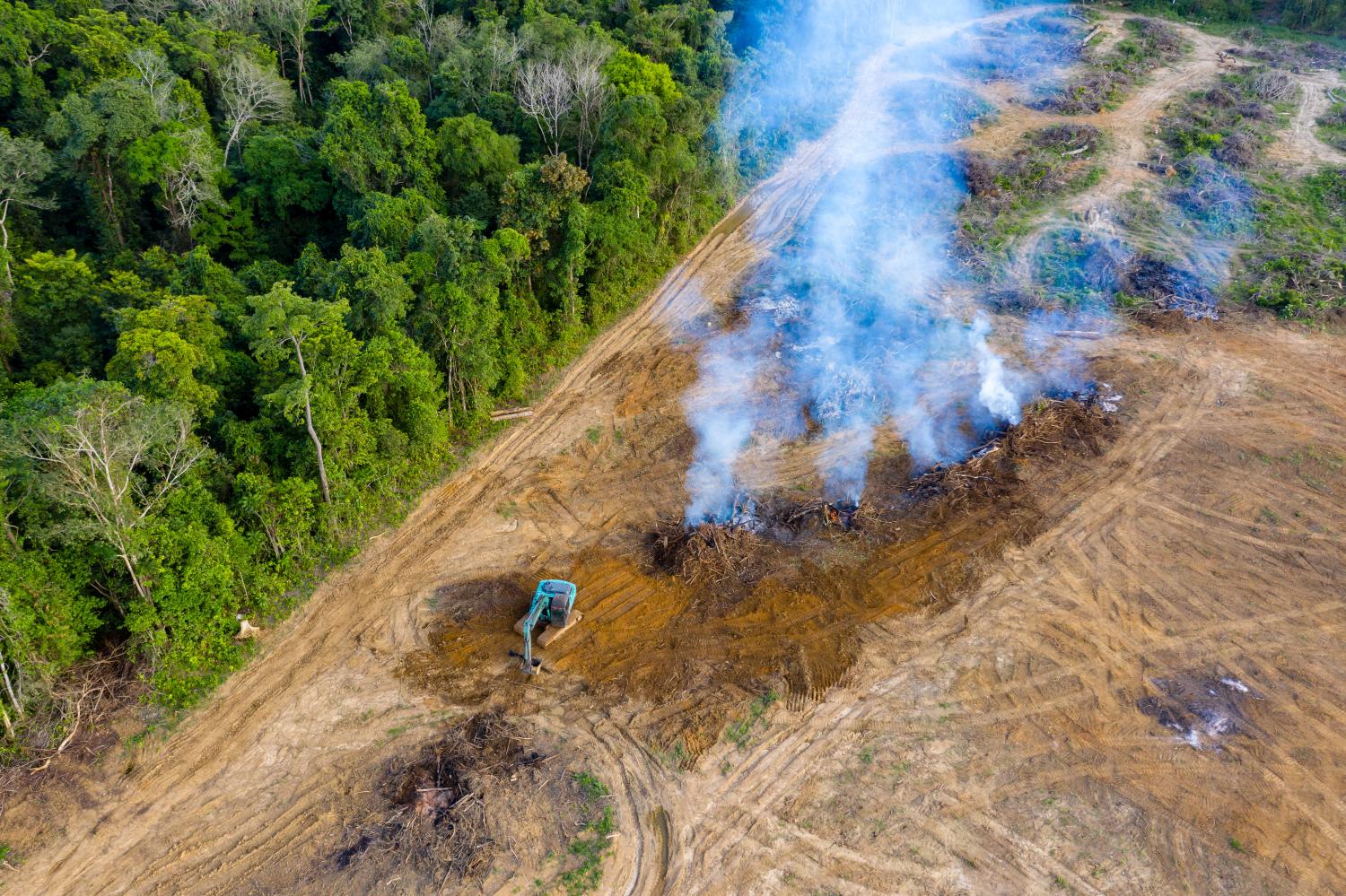 Malaysia, meanwhile, is focusing on low-carbon development as laid out in its Green Technology Master Plan 2030, while Brunei has also launched its National Climate Change Policy.

At the regional level, Asean has strengthened cooperation among member states and with dialogue partners, such as the European Union (EU), given that opportunities and challenges can have multiplier effects in each country and the region.

To support Asean countries in reducing illegal logging, the EU last October announced a three-year, 5-million-euro forest governance programme that is in line with the European Green Deal. It aims to reduce illegal logging by strengthening sustainable and legal forest management, improving governance and promoting trade in legally produced timber.

"Legal timber exports enhance fair trade, sustainable forest management and the protection of biodiversity to the benefit of all people in Southeast Asia," said Igor Driesmans, the EU ambassador to Asean.

About 15% of the world's tropical forests are found in the region, but they are also shrinking at a fast rate due to forest clearing and land conversion triggered by rapid urbanisation and the fact that two Asean countries -- Indonesia and Malaysia -- are the world's top two palm oil producers.

Tropical deforestation accounts for 20% of greenhouse gas emissions in the world, making it essential to reduce it to avoid hazardous climate change, according to an analysis by Dr Gregory Asner of the Department of Global Ecology at the Carnegie Institution in Washington.

Realising the devastating impacts of climate change, the Asian Development Bank (ADB) recently stepped in to assist Southeast Asian countries to pursue a climate-resilient, environmentally sustainable economic recovery from the Covid pandemic. It has secured US$300 million from the Green Climate Fund (GCF) to channel to the Asean Catalytic Green Finance Facility (ACGF) Green Recovery Program.

Cambodia, Indonesia, Laos and the Philippines will receive priority consideration to use the GCF funding for their investment projects.

"The ACGF Green Recovery Program is designed to kickstart a cycle of low-emissions investments during the first few years of a Covid-19 recovery," said ADB vice-president Ahmed M Saeed.

"The programme will help Southeast Asian countries design green stimulus packages and projects that will create climate-friendly jobs, boost economic growth and help countries fulfil their pledges under the Paris Agreement to reduce greenhouse gas emissions," he pointed out. 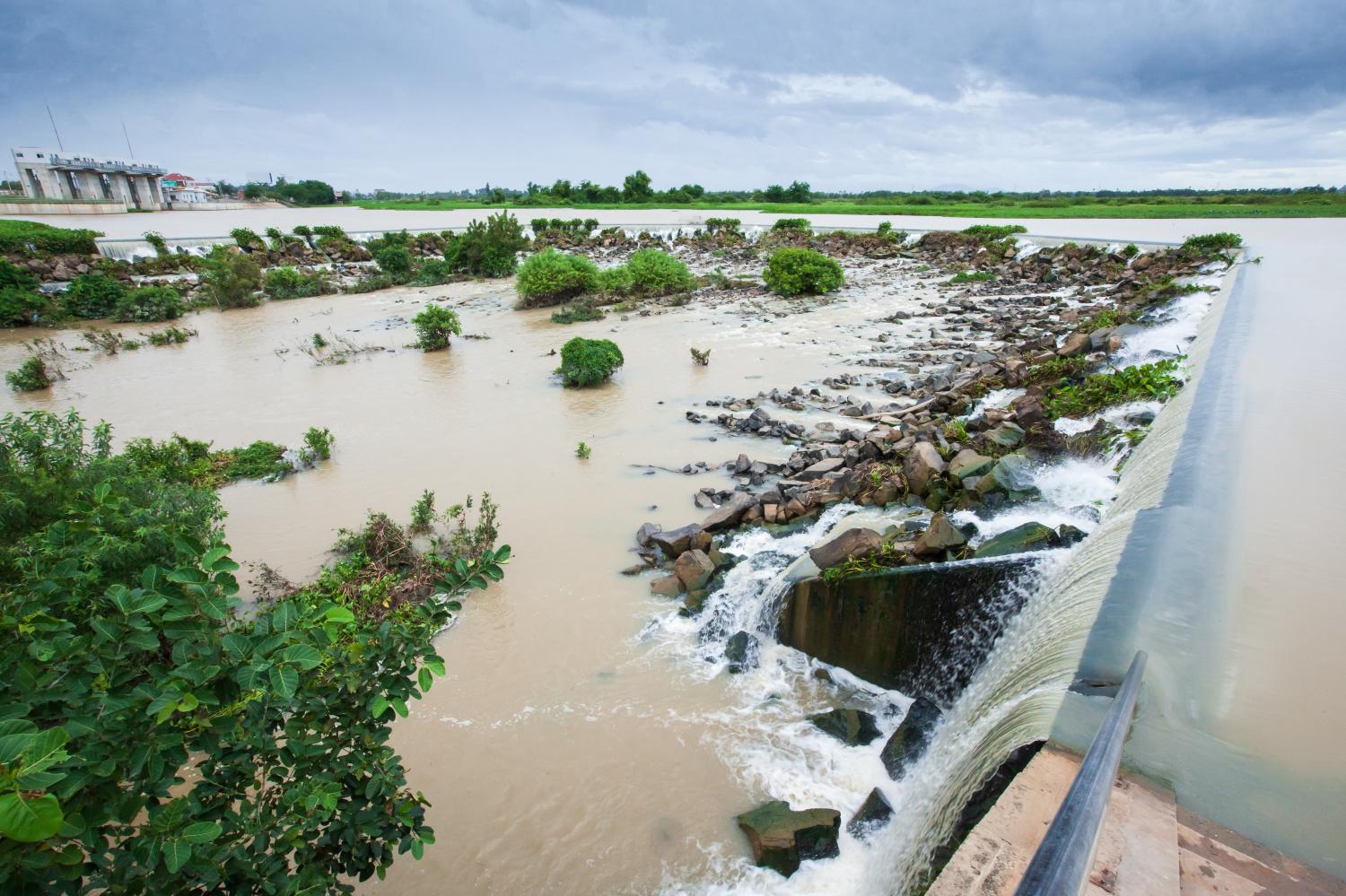