Women in traditional outfits visit Sensoji temple in Tokyo on April 25, 2021, during the first day of a new Covid-19 state of emergency covering the Tokyo, Osaka, Kyoto and Hyogo regions. (AFP photo)

Thailand and Japan have had a strong bond in tourism exchange for years -- in 2019, 1.3 million Thais travelled to Japan and 1.8 million Japanese tourists visited Thailand -- but due to the volatility generated by the pandemic in both countries, there are good reasons to believe those good old days will not likely return within this year.

Japan declared a third state of emergency from April 25-May 11 in Tokyo, Osaka, Kyoto and Hyogo prefectures to deal with a fourth wave, while Thailand has imposed stricter controls with lockdown-like measures in many provinces, including Bangkok -- the epicentre of the third wave.

Chanyuth Sawetsuwan, director at the Tourism Authority of Thailand (TAT) office in Osaka, said the Covid-19 situation in Japan has fluctuated over the past year. This was seen as one of the biggest obstacles for tourism as Japanese travellers are usually sensitive to health-related issues.

As Osaka reported a record number of new cases late last month, that situation has definitely impacted upon the tourism sentiment among residents, not only for outbound travel but also for domestic travel in Japan.

"We monitored online activities across our digital channels and social networks and found that the data searching rate went down by 50% since the pandemic emerged last year," he said. 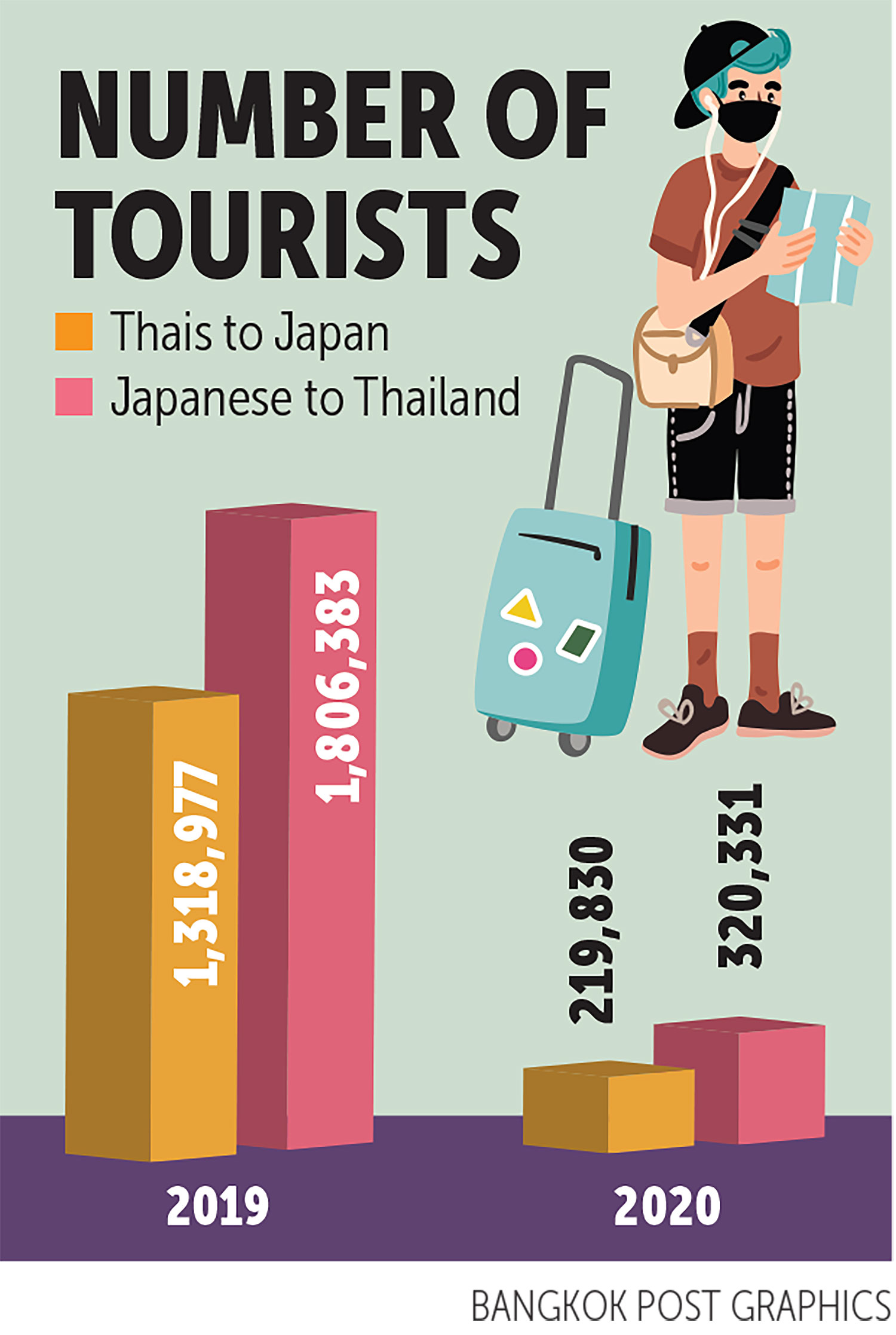 A survey from JTB tourism research & consulting revealed Thailand still ranked in the top five of desired destinations among Japanese people. And while 40% of respondents said they are ready to take a trip overseas, the volatile pandemic situation means people may change their mind at any time.

It is also hard to reliably gauge tourism sentiment in Japan when the country's mass vaccination programme has moved slowly with only 1 million of the country's population of 127 million having received complete doses of a vaccine. Moreover, younger generations, who are the target of Thai tourism, will be the last group to be administered with a jab at the end of this year, underlining the challenge facing Thailand to win back this market as soon as the borders reopen.

"Thailand has committed to the reopening plan in Phuket this July, but to reach the Japanese market remains a challenge. The practical way to build up confidence among older people, the only group that has already been inoculated and may become potential customers, is to introduce a sealed-route to them. The two countries must manage direct flights from their cities to Phuket with a special immigration lane and clear pathway ensuring there won't be any risk exposure," he said.

One more obstacle lying within this market is vaccine certificates. While TAT has explored the opportunity for this travel tool, the Japanese government may not introduce this scheme to their people any time soon as long as the potential for discrimination against those who have not been vaccinated is a concern.

"The country also cares about equality. They're afraid that enacting that certificate will discriminate against those who haven't received a vaccination. As people in Japan also have a low level of confidence in Covid-19 vaccines, there is only a slim chance that vaccine passports will enable outbound trips to take place soon," said Mr Seksan.

When asking Thai people about the first destination that springs to mind, Japan always sits in top spot, particularly when compared with other short-haul destinations.

But, unfortunately, any hopes of returning to their beloved overseas destination are unlikely to be fulfilled within this year as Japan still does not have a reopening policy for the return of international tourists.

Moreover, with only 1.2% of Japan's population having received a vaccination, which is quite similar to the pace of vaccination in Thailand, international tourism in Japan will resume at full speed only once the country achieves herd immunity. 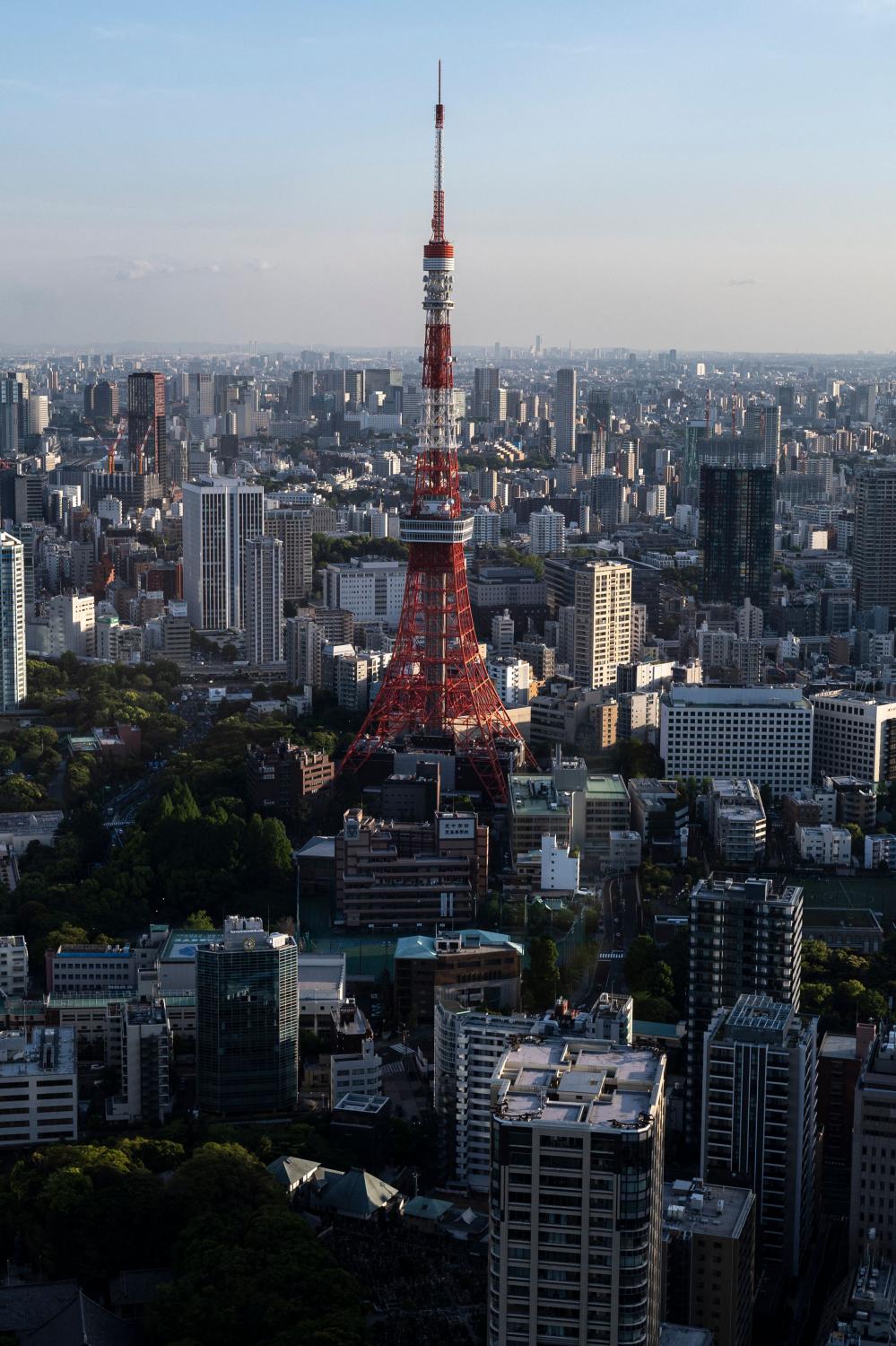 Eigo Onuma, executive director at Japan National Tourism Organization's Bangkok Office, said Japan's reopening plan is uncertain for many reasons. International tourists, including Thai travellers, may have to patiently wait for further announcements in the fourth quarter as the country is preparing for the world's biggest and most important sporting event, the Olympic Games 2020, which will take place in July this year.

Moreover, the 49th general election of members of the House of Representatives is set to take place on or before Oct 22 this year. It is unlikely the government will make any major decisions such as reopening borders to foreign visitors any time soon, as it may impact the whole country in the build-up to its major events.

"The virus spread in Japan currently is quite close to what Thailand is experiencing now with over 2,000 new cases daily. We have to monitor the situation closely," said Mr Onuma.

He said Japan should reopen borders for tourists when two crucial factors are ready.

The first priority is to wait until local cases are under control. Then it has to listen to the Japanese people on whether they agree with that plan.

"In Japan, the situation is not different from Thailand at all. We have both groups who agree to welcome tourists and those who are not comfortable with embracing foreigners as the fear of virus is still looming," he said. "However, in the long run, the Japanese government is still committed to the goal of achieving 60 million international travellers in 2030. This pandemic will just create a short-term impact for us, we hope," said Mr Onuma.

Pandemic leads to exodus of B95bn from Thai bourse

Sandbox seen as the sole hope for revival