CPI up for first time since March 2020
Business

CPI up for first time since March 2020

The consumer price index (CPI), a gauge of headline inflation, rose in April for the first time since March 2020, and to the highest level in eight years and four months boosted by higher oil and food prices as well as the expiry of government subsidies on utility bills. 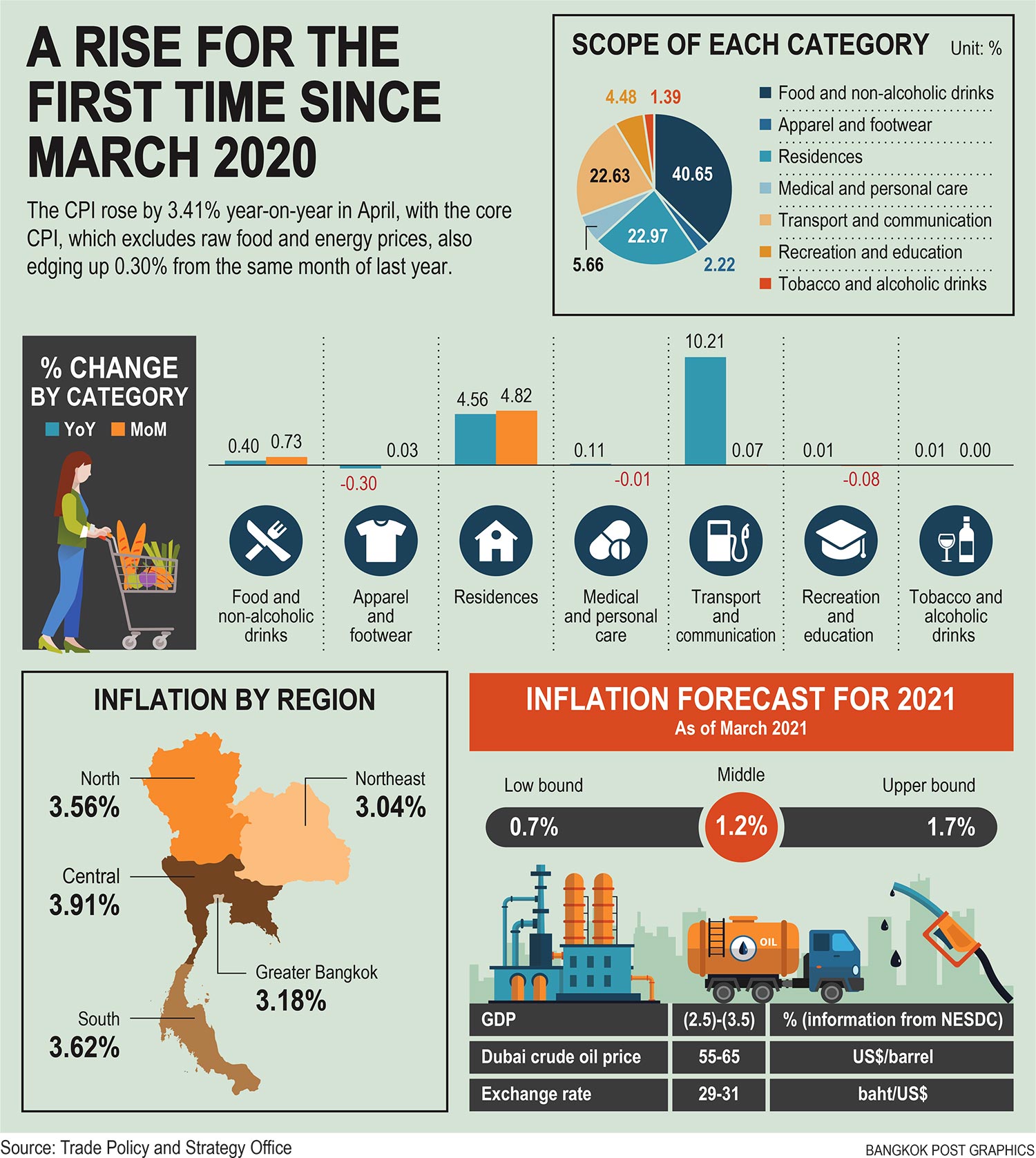 The Commerce Ministry reported yesterday that headline inflation increased by 3.41% year-on-year from a year earlier after a contraction of 0.08% year-on-year in March, the lowest rate in 13 months.

The hike was primarily attributed to the relatively high oil prices compared with a remarkably low base last year, the end of government subsidy measures on utility bills and high prices of specific agricultural products such as pork, fresh fruit and vegetables as a result of supply shortages.

Other goods and services moved as normal and in line with demand, supply and promotional campaigns, said Wichanun Niwatjinda, deputy director-general of the Trade Policy and Strategy Office under the Commerce Ministry.

Core CPI, which excludes raw food and energy prices, rose 0.3% year–on–year in April and up by 0.14% month-on-month from March.

Mr Wichanun said inflation in May is projected to continue to rise from the high energy prices compared with the low base of last year unless there are additional significant government measures on lowering cost-of-living.

"If the government has the measures on lowering water and electricity bills, the inflation rate will decrease at an average of 2%," he said.

Mr Wichanun said the fresh stimulus measures are expected to help support economic recovery and mitigate the Covid-19 impact on tourism resulting in increased consumption. Also, exports are expected to grow at an accelerating rate following the recovery of global demand.

"However, the third wave is limiting economic activities and the inflation rate should be closely monitored."

The ministry projected headline inflation in 2021 to stay between 0.7-1.7% (an average of 1.2%) -- rates seen as appropriate to effectively support the current economy which is seen growing 2.5-3.5% this year with Dubai crude oil averaged at US$55-65 a barrel, and an average exchange rate of 29-31 baht per dollar.