The government's new relief packages are expected to generate spending of up to 400 billion baht, which could increase GDP growth by one percentage point, says Kulaya Tantitemit, director-general of the Fiscal Policy Office (FPO).

Ms Kulaya said this will only happen if people fully participate in the six new relief measures by increasing their spending, especially under "the more you spend, the more you get" scheme.

The "Ying Chai Ying Dai" scheme, which is expected to attract 4 million participants, offers cashback e-vouchers to people between July and September to encourage them to purchase food, products and services through the government's e-wallet.

Participants receive cashback in their e-wallets at a rate of 10-15% of spending, with a maximum limit of 7,000 baht per person.

The e-voucher caps the amount it uses to calculate the cashback received at 5,000 baht daily, regardless of the daily amount spent. 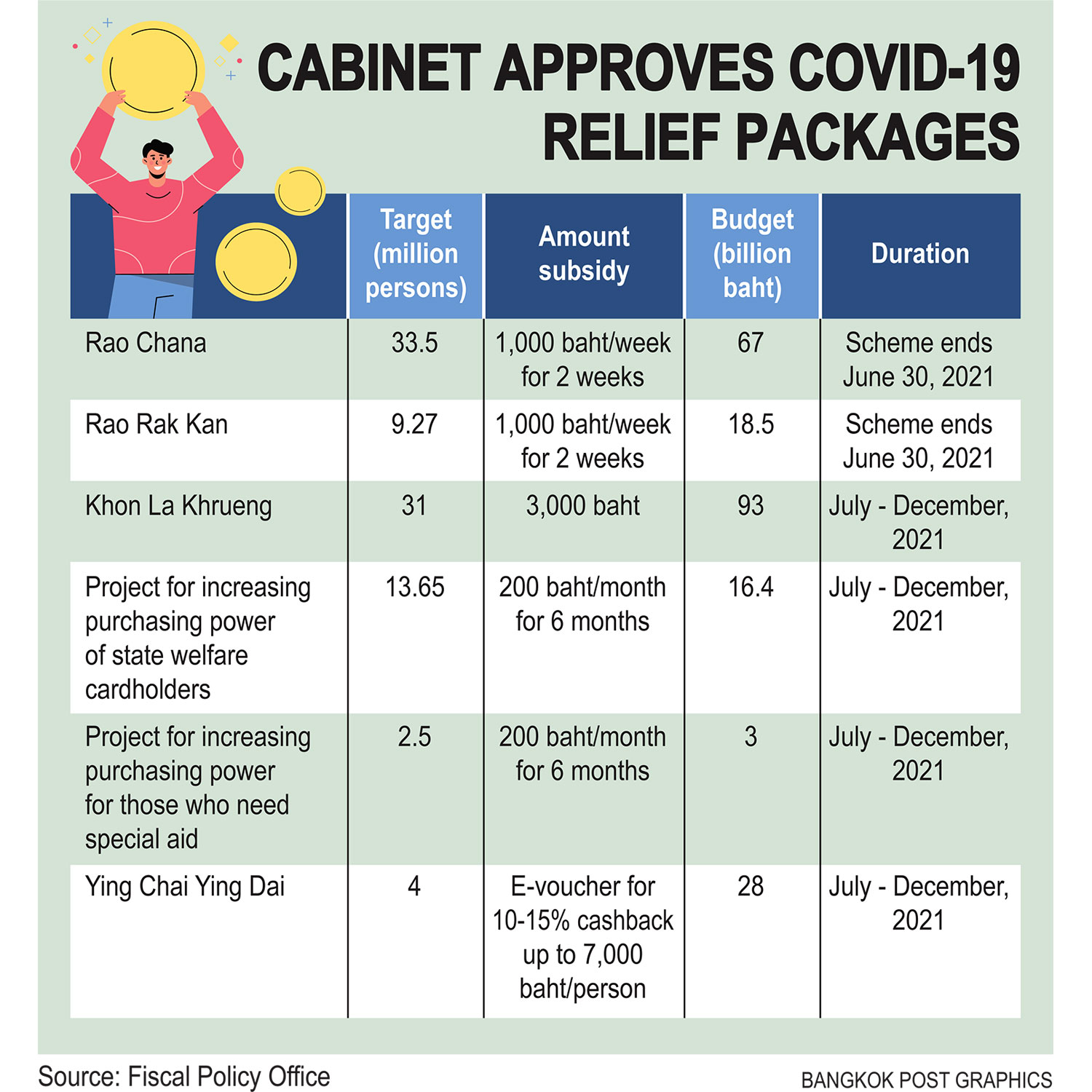 Ms Kulaya said if all participants in this scheme spend the full amount, it could generate around 240 billion baht.

The total cashback in this scenario would be 28 billion baht.

The GDP uptick of one percentage point is based on the FPO's forecast of 2 million foreign tourist arrivals, she said.

The FPO plans to review the impact of the new round of relief packages on Thai economic growth.

The office believes GDP growth this year should exceed its previous forecast of 2.3%, given the stimulus packages.