Despite continued outbreaks of Covid-19, foreign direct investment (FDI) is thriving, with applications in the first quarter surging 143% year-on-year in investment value. 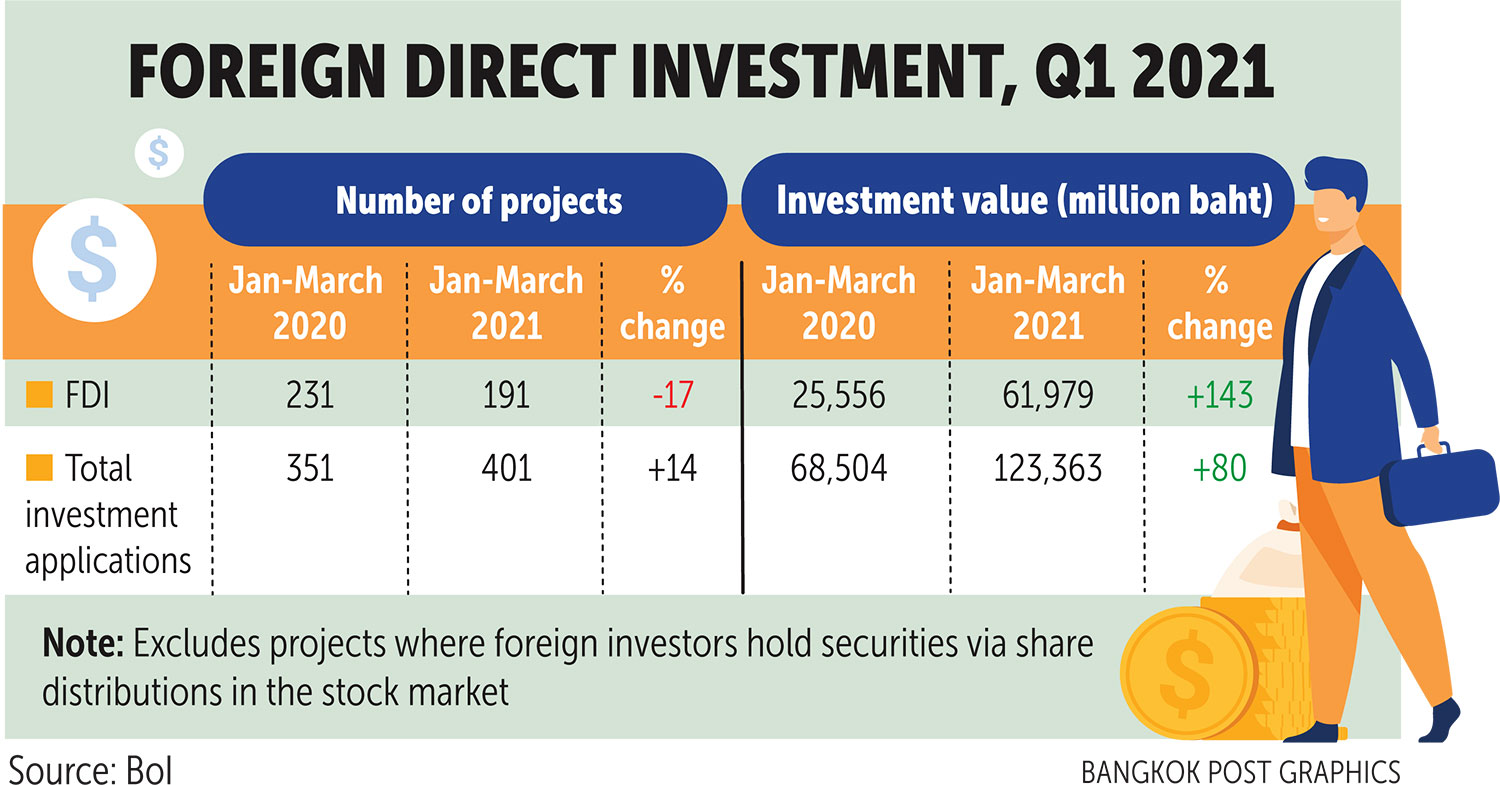 Narit Therdsteerasukdi, deputy secretary-general of the Board of Investment (BoI), said net applications filed for FDI in the period totalled 191 projects, down 17% from 231 year-on-year.

However, investment value increased by 143% to 62 billion baht from 25.6 billion in the first quarter last year.

FDI applications were mainly in the electrical and electronics industry, making up 52 projects and 27% of total FDI applications, followed by metal products with 45 projects, and machinery and transport equipment at 24%.

Mr Narit said 154 FDI applications worth 47 billion baht were related to the expansion of existing investment projects, which shows foreign investors are still confident in investing in Thailand.

China came in second with 10.4 billion baht for 37 projects, followed by Singapore with 10.3 billion for 28 projects.

Norway was No.4 with 10 billion baht for one project: a joint venture between Norway and Korean companies to manufacture rubber gloves.

Hong Kong was fifth, tallying 6.27 billion baht for 16 projects, while Japan fell to sixth with 4.16 billion for 33 projects.

Approved FDI applications by the BoI in the first three months totalled 208 projects, down 25% from 277 projects in the same period last year.

Investment values amounted to 62.5 billion baht, down 11% from 70 billion in the same period last year.

Japan topped the approved FDI applications list with 57 projects worth 14.4 billion baht, followed by 25 projects from China worth 14.2 billion, then four projects from South Korea worth 10.4 billion, one from Norway worth 1 billion, and 18 projects from Hong Kong worth 9.71 billion.