Thailand a leading adopter in region

Thailand is a leading adopter of emerging payment methods in Asia-Pacific, driven by the pandemic and enthusiasm from the young generation, according to Mastercard, a global financial service operator. 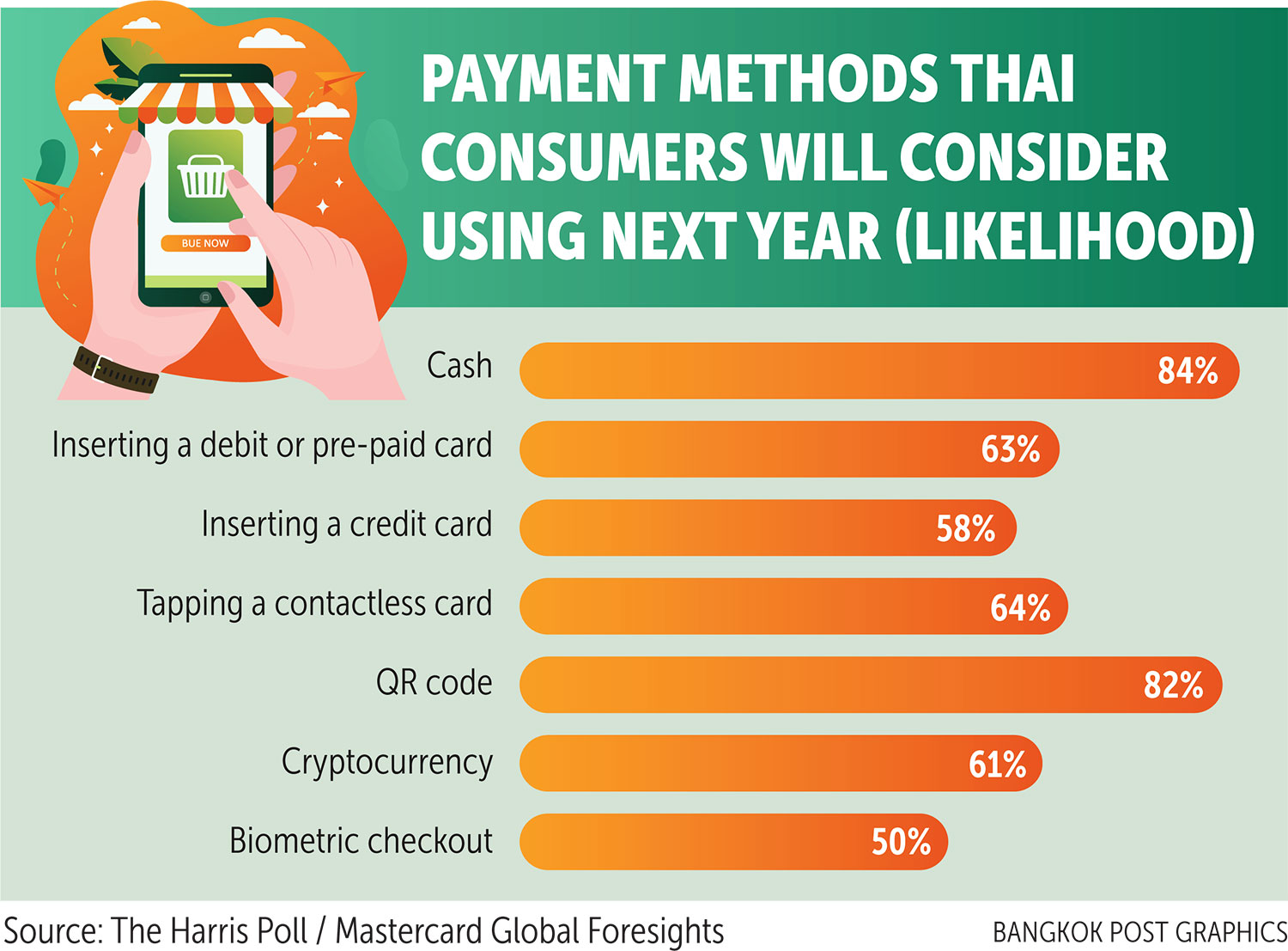 Meanwhile, a survey by Visa -- another global digital payment operator -- suggests nearly half of all Thais are likely to avoid using cash in the post-Covid 19 era.

According to the "Mastercard New Payments Index" which spans 18 markets globally, 96% of respondents in Thailand said they would consider using at least one emerging payment method -- such as QR codes, digital or mobile wallets, instalment plans, cryptocurrencies or biometrics -- in the coming year.

The pandemic has fuelled curiosity in exploring different payment technologies.

The index surveyed over 1,000 respondents in Thailand earlier this year.

The index also showed that 93% of Thais said they have access to more ways to pay compared to just one year ago -- higher than the global average of 84%.

More than 80% indicated they would shop at small businesses more frequently if they offered additional payment options.

"Among consumers surveyed in Asia-Pacific, Thai millennials are most open to adopting new digital payment methods," said Aileen Chew, a country manager for Thailand and Myanmar at Mastercard. "With a young, digitally connected population, it's likely these trends will continue to accelerate in this fast-moving market."

Some 79% of consumers in Thailand said they were planning to use cash less frequently and 81% said they will use digital or mobile wallets to make payments by next year -- higher than the global average of 62%.

According to the index's survey, two-fifths of the respondents in Thailand said they became victims of fraud last year.

Meanwhile, another study by Visa showed that 45% of Thai consumers are likely to avoid using cash after the pandemic.

It also revealed that domestic travel is what most Thais are looking forward to when recovery gets underway with 35% of the respondents saying it was their top priority followed by overseas travel to Covid-safe destinations at 29% and small get-away trips in their own city at 19%.