Rather than revving up consumer spending, the key to fixing the economy is mass vaccination

Multiple times this year Thailand's GDP growth forecast has been lowered by both domestic and international institutions, and could end up being 1%, following a contraction of 6.1% in 2020.

To combat these cratering GDP prognostications, the government unveiled an ambitious new programme to spur consumer spending and nudge upwards economic indicators this year: "Ying Chai Ying Dai" (the more you spend, the more you get).

The scheme offers incentives for consumer spending, but will it be able to turn around disappointing GDP forecasts? Analysts say this seems unlikely. 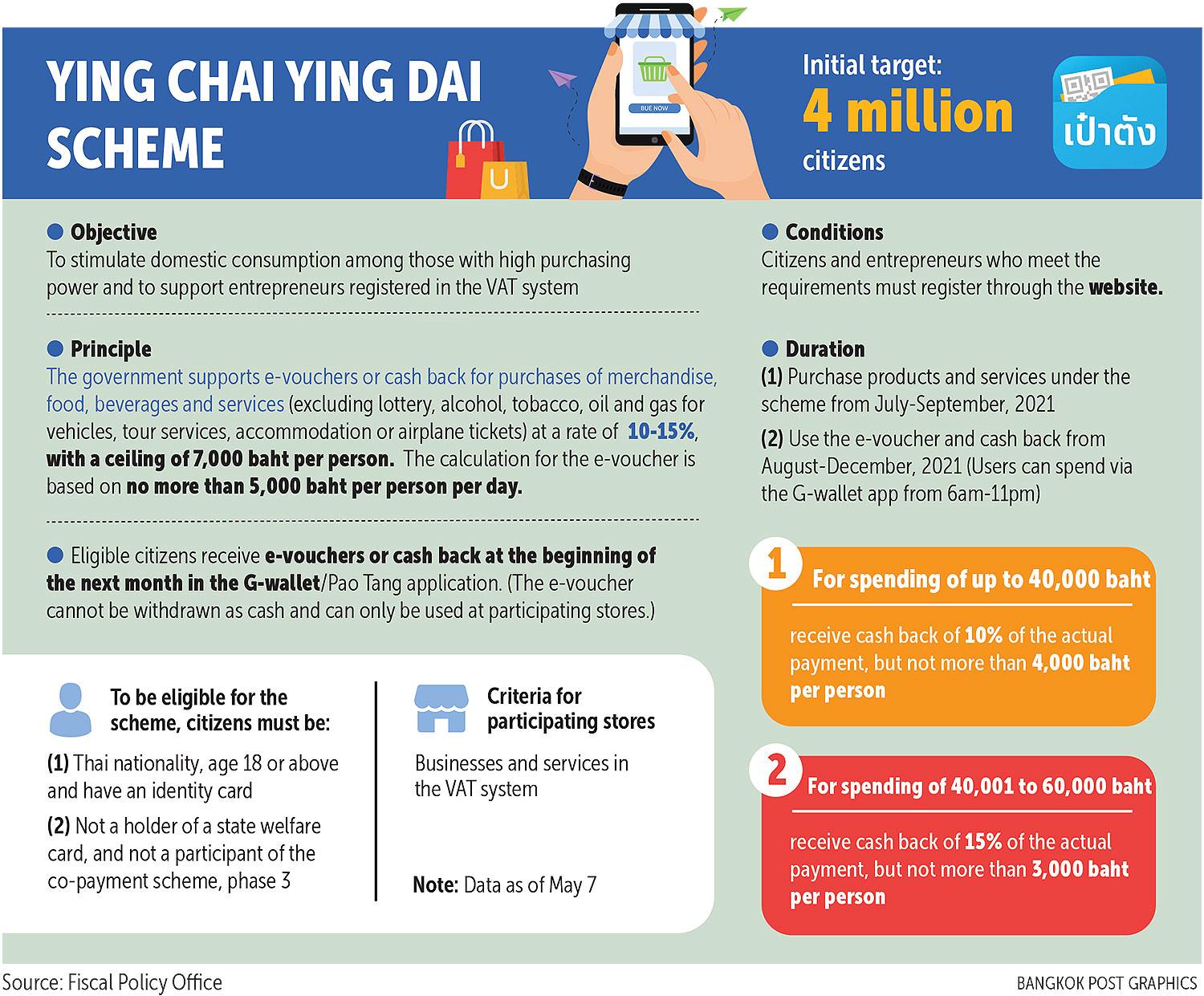 DROPS IN THE BUCKET

Thanavath Phonvichai, president of the University of the Thai Chamber of Commerce, said the scheme's incentives are not attractive enough to get people to spend more and it may struggle to find participants.

The Ying Chai Ying Dai scheme, which won the cabinet's approval in principle on May 5, offers cashback e-vouchers to domestic spenders between July and September, encouraging them to purchase food, products and services through the government's e-wallet service.

Participants receive cashback in their e-wallets at a rate of 10-15% of spending, with a maximum limit of 7,000 baht per person. The e-voucher caps the amount it uses to calculate the cashback received at 5,000 baht daily, regardless of the daily amount spent.

The e-voucher discounts can be used from August to December.

The government expects 4 million people to participate in the scheme, which focuses on the middle class and high-income earners to increase local purchasing power.

Mr Thanavath said the "Shop Dee Mee Khuen" scheme is much more convenient than the e-voucher system because buyers know immediately how much they are eligible to receive via tax deduction.

Shop Dee Mee Khuen offers a tax deduction for individual taxpayers of up to 30,000 baht when purchasing goods or services.

The government used scheme to promote domestic shopping between Oct 23 and Dec 31, 2020.

He proposed a new version of the same scheme, this time offering a tax deduction of up to 50,000 baht to make it more effective in increasing domestic spending. 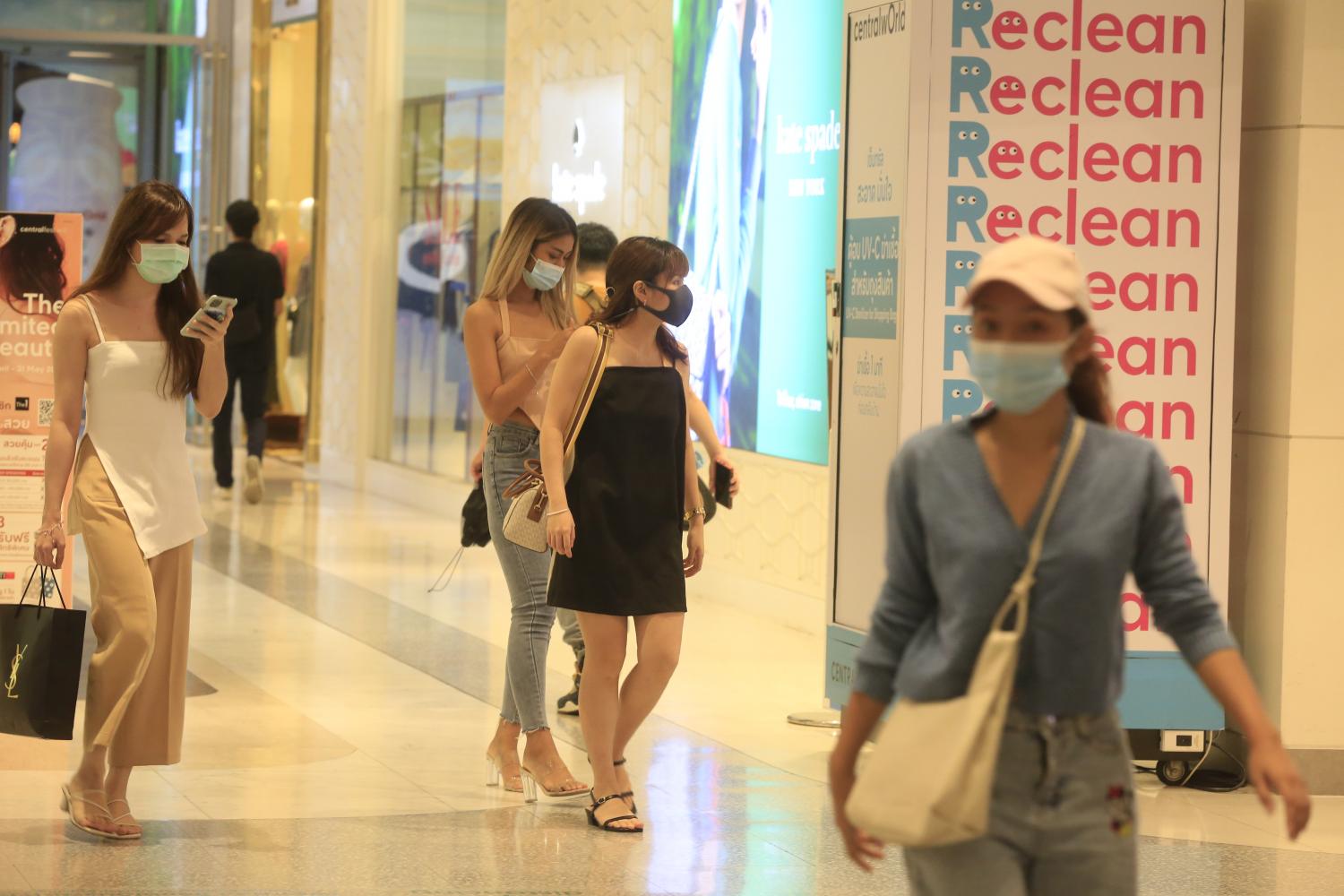 Shoppers at CentralWorld in Bangkok wear face masks during the pandemic.  Pornprom Satrabhaya

Yanyong Thaicharoen, head of the Economic Intelligence Center (EIC), a research house under Siam Commercial Bank, said the Ying Chai Ying Dai scheme is not expected to significantly support Thai GDP growth this year because of its small budget of only 28 billion baht.

He said the successful containment of new infections and mass vaccination are the keys to shoring up people's confidence and encouraging domestic spending.

Most people will not spend more money when they have been asked to stay indoors by the government and are barred from activities such as indoor dining and entertainment venues, said Mr Yanyong.

However, the EIC needs to consider more details of the Ying Chai Ying Dai scheme before finalising its assessment of its economic contribution.

He said the government's latest economic stimulus measures with a total budget of 245 billion baht are unlikely to improve the country's economic momentum given the heavy impact from the third wave.

However, Charl Kengchon, managing director at Kasikorn Research Center (K-Research), said the Ying Chai Ying Dai scheme could help support the Thai economy more so than other measures comprising the government's fresh economic stimulus. Despite the low budget of Ying Chai Ying Dai, the scheme could contribute an economic multiplier and encourage economic activities, he said.

K-Research forecasts for the scheme's duration from July to December, the government should have been able to contain the third wave of the outbreak, decreasing new daily infections.

In addition, vaccination during that time is estimated to reach an average of 100,000 people per day.

Mr Charl said the scheme wouldn't contribute much to GDP growth this year because its budget of 28 billion baht is part of the 1-trillion total budget. Yet it should partly help support people's spending, making it better than nothing, he said.

Vaccine procurement and distribution remain the key to building up consumer confidence, which can lead to a revival of domestic spending and consumption, said Mr Charl. 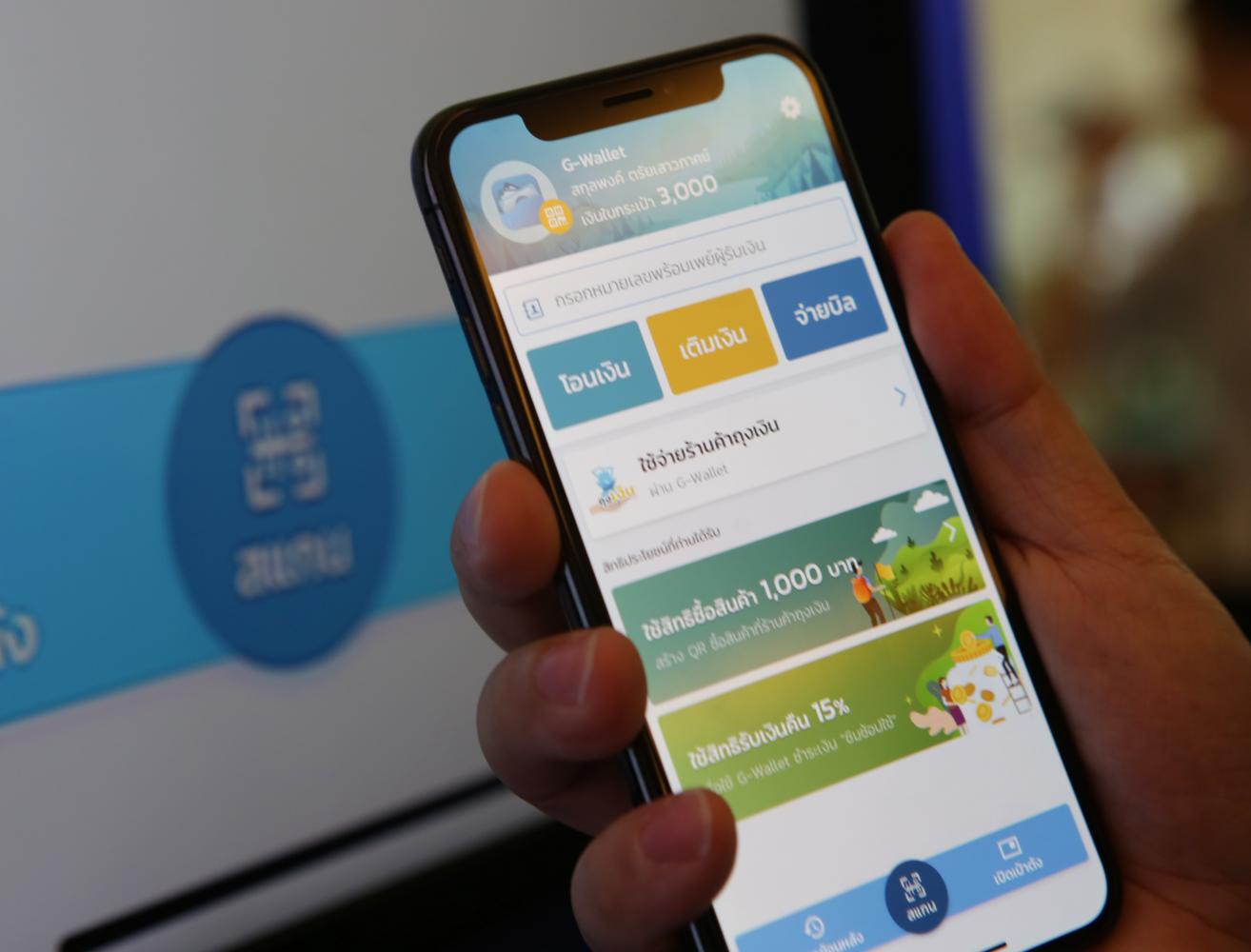 The 'Ying Chai Ying Dai' scheme offers cash back for shoppers in the form of e-vouchers via G-Wallet in the Pao Tang App. Apichit Jinakul

If the scheme is aimed at people with a monthly salary of more than 50,000 baht up to 300,000 baht, the maximum cashback amount of 7,000 baht might not be enough to encourage them to spend more than they usually do, he said.

This target group might continue to spend their average amount and pocket the savings under the scheme, said Mr Nonarit.

He said if the government wants to help small and medium-sized enterprises (SMEs) weather the impact of the outbreak, it should raise taxes on the wealthy and channel the revenue towards financial aid for SMEs.

Kulaya Tantitemit, director-general of the Fiscal Policy Office, said the scheme may attract those with high monthly salaries, such as more than 50,000 baht.

The scheme is also expected to spur high-income young adults to spend more to gain cash back because they are already accustomed to using credit cards to gain points and discounts, said Ms Kulaya.

The scheme estimates 4 million participants, she said. High-income individuals are ineligible for other state subsidies such as the Rao Chana or Khon La Kreung schemes.

Ms Kulaya previously said the government's new relief packages are expected to generate spending of up to 400 billion baht, which could increase GDP growth by one percentage point.

She said this spending will only happen if people fully participate in the six new relief measures by increasing their spending, especially under the Ying Chai Ying Dai scheme.

Ms Kulaya estimated if 4 million participants in the Ying Chai Ying Dai scheme spend the full amount, it could generate around 240 billion baht. The total cashback in this scenario would be 28 billion baht. 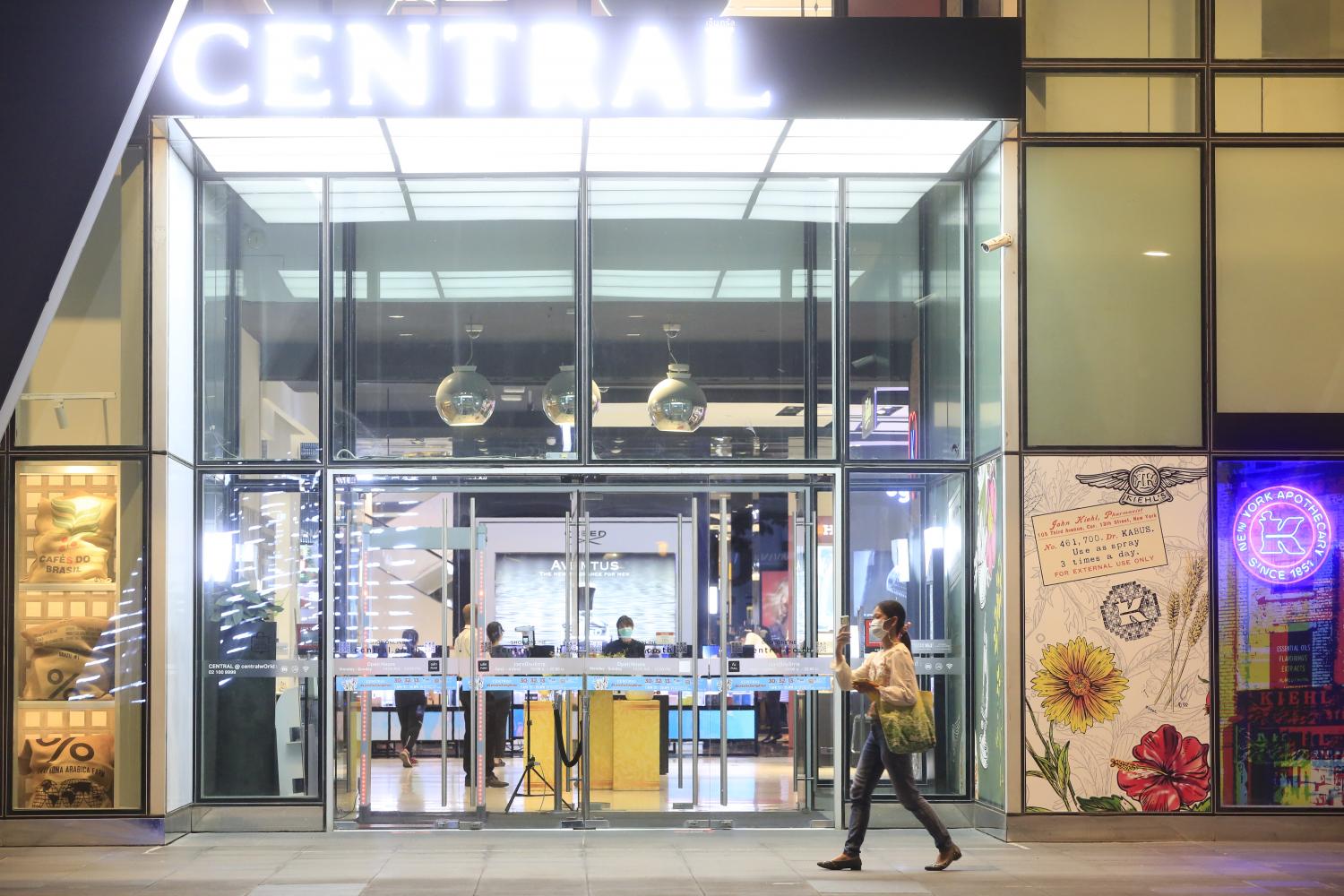 Malls in Bangkok which are usually busy with shoppers have seen a drop in traffic as consumers avoid public places and work from home following the third wave of Covid-19 outbreak in the capital. Pornprom Satrabhaya

FTI chairman Supant Mongkolsuthree sees it as a good attempt to shore up the economy, regardless of whether it is successful.

"We believe state officials and workers at state enterprises are a target for Ying Chai Ying Dai because they have not faced salary cuts," he said, suggesting the government direct the scheme at them.

"These two groups don't need to be very cautious about spending. They continue to receive salaries until retirement."

The government plans to implement Ying Chai Ying Dai in the second half this year, running through December when the country is usually in a festive mood.

Predecessors such as the Rao Chana (We Win) cash handout scheme and Rao Rak Kan (We Love Each Other) financial aid scheme are set to expire in June.

Mr Supant insisted the government needs to keep on injecting money into the economy, especially after the third wave of Covid-19.

Some people in Thailand have insisted stimulus money would be better spent buying more vaccines, but Mr Supant said stimulus measures can be carried out in tandem with mass vaccination. 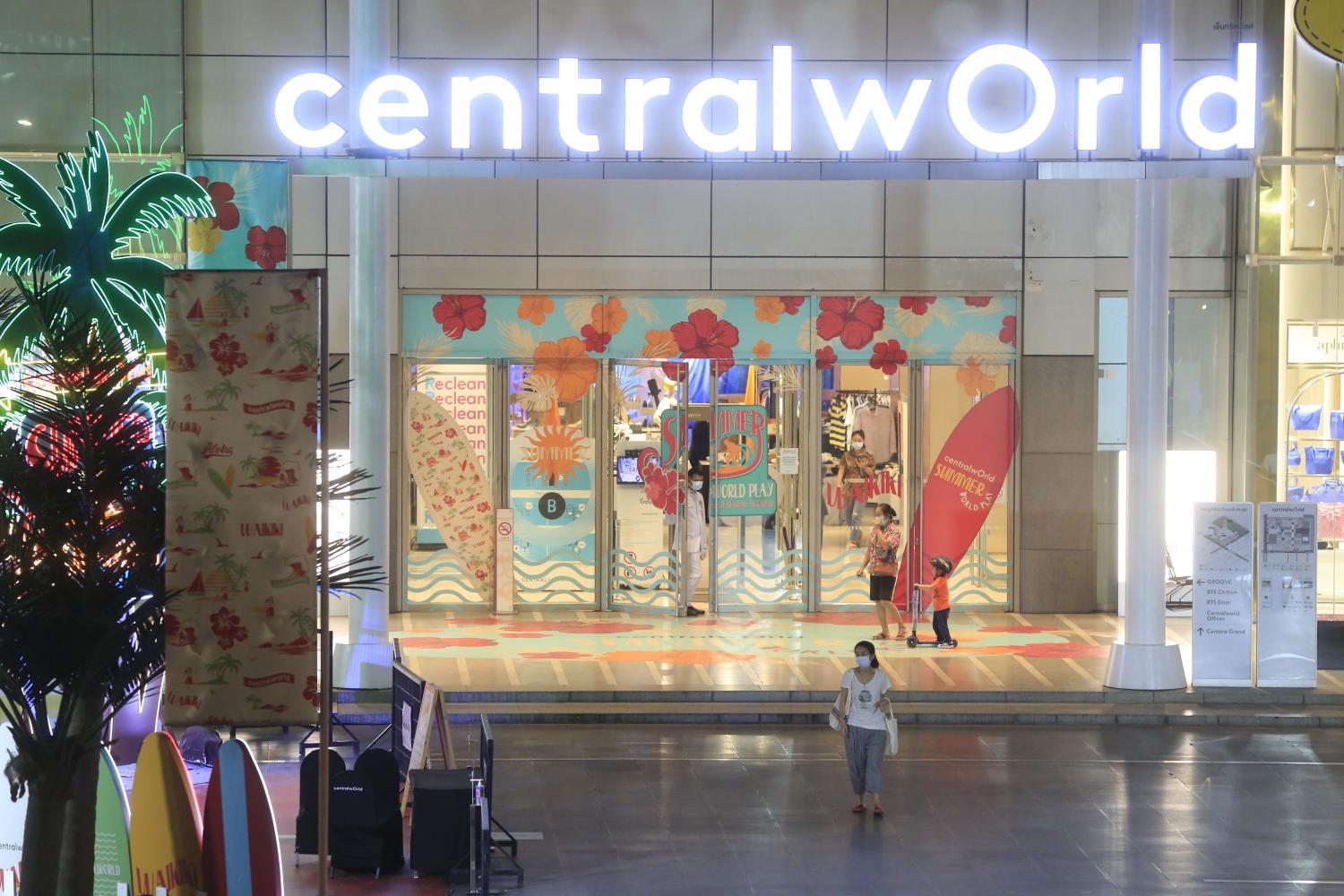 Taniwan Koonmongkon, president of Thai Restaurant Association (TRA), said the government should focus on speeding up mass vaccination to cover all Thais as fast as possible.

"Stimulus measures will produce little result for the food and restaurant industry as long as Covid-19 spread remains unabated," she said.

"Even if the measures are designed well, they will be worthless if people still lack confidence."

"The perfect time to launch this campaign is when the government succeeds in distributing vaccines to a wider population, making the infections gradually decline," Ms Voralak said.

She said while the target group of the scheme has relatively high spending power, they may stay cautious about their spending.

However, if the measures are alluring enough, Ms Voralak believes the target consumers are ready to spend on shopping because they cannot travel abroad at this time.

TIME FOR A NEW PHONE?

In the first half of 2021, people held back on handset spending because of concerns about the pandemic, he said. But this new government scheme is likely to stimulate spending in this segment, said Mr Narathip.

Ying Chai Ying Dai is similar to the Shop Dee Mee Khuen tax rebate programme implemented in the fourth quarter of 2020 -- the high season for IT sales and the launch period for new high-end smartphones.

With the Ying Chai Ying Dai e-voucher programme scheduled to kick off in the third quarter, the benefit may not be as great as a fourth-quarter rollout.

Yet the new scheme is still expected to increase sales of Chinese smartphones costing 10,000-15,000 baht and Samsung's Galaxy note series, he said.

However, Chukkrit Watcharasaksilp, chief sales and marketing officer at Advice IT Infinite, an IT product distributor, said the e-voucher programme would not crucially drive sales of computers because the segment is still stunted by supply shortages, which push up prices.

In contrast with other people interviewed, he said the middle class and high-income consumers do have declining purchasing power.

These groups of customers may have already purchased computers since the second half of last year to support their online work and study in the wake of the pandemic, said Mr Chukkrit.

"We expect the scheme to stimulate computer sales growth of 1-3% from a normal period," he said.