SET-listed companies reported a net profit of 256 billion baht for the first quarter, an increase of 137% year-on-year, as surges in oil and petrochemical prices boosted profits for the energy sector, which accounts for 35-40% of the Stock Exchange of Thailand's total market cap. 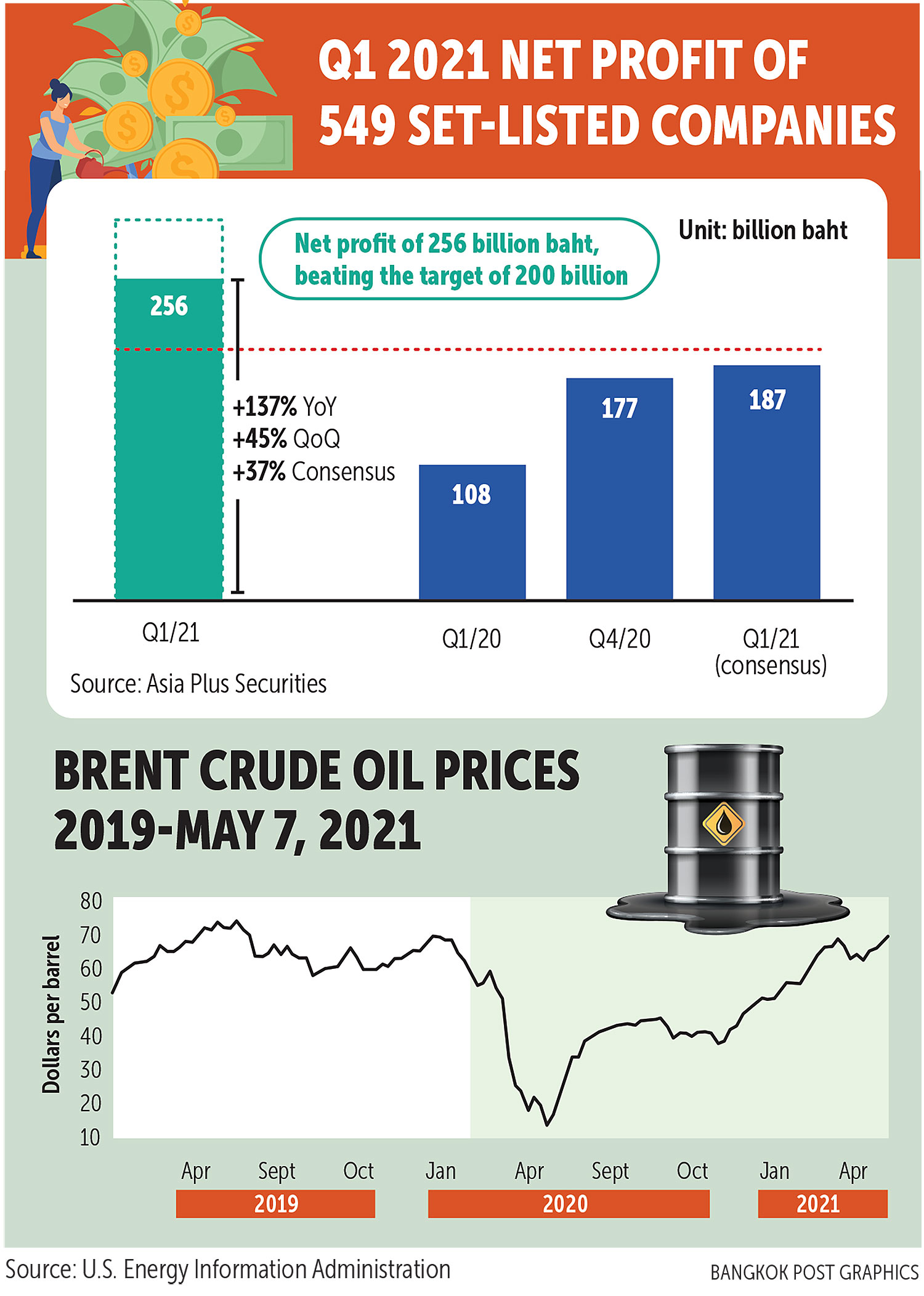 A total of 549 SET-listed companies, which account for 95% of the market cap, have reported their first-quarter results to the SET. There are 754 listed companies, including 573 on the SET and 181 on the Market for Alternative Investment.

The net profit is a 45% increase from the previous quarter and 37% higher than analysts' consensus forecast, according to Asia Plus Securities (ASPS).

Therdsak Thaveeteeratham, executive vice-president of ASPS, said the energy sector, which includes petrochemicals and commodities, was the most profitable segment in the first quarter, as prospects of an extensive global vaccine rollout in the second quarter and a worldwide economic recovery drove commodity prices to keep rising since the beginning of this year.

The profit growth in the energy sector increased Thai listed companies' profits, as that segment makes up a hefty portion of the SET's market cap.

He said ASPS estimates listed companies will record a net profit of 805 billion baht in 2021, up from 421 billion the previous year, while the market earning yield gap will stand at 4.1%, higher than the historical average of 3.9%.

ASPS expects the SET index target will reach 1,670 points at the end of the year. ASPS plans to adjust listed firms' earnings per share to 71.2 baht.

Mr Therdsak said first-quarter GDP contracted 2.6% year-on-year and increased by 0.2% from the previous quarter. Although the outlook is still gloomy, the figure was better than analysts' forecast of -4%.

However, the third wave will have a huge impact on economic growth in the second quarter, he said.

Mr Therdsak said the vaccine rollout is key to Thailand's economic recovery and investment growth this year. As of May 17, Thailand had vaccinated 2.26 million people, or 3.3% of the total population. The government aims to inoculate 50 million people or 71.8% of the population this year.