The Federation of Thai Industries (FTI) remains undecided about its new car production target this year and plans to wait two months to examine the impact of the global semiconductor shortage and third wave of the pandemic in Thailand.

The two factors are decreasing the total volumes of cars sold, which was expected to reach 1.5 million units with half exported in 2021.

The 5.12% growth forecast from 1.42 million units last year was made in January before Thailand faced chip shortages and the worst Covid-19 outbreak.

"Global car production, which relies on chips [semiconductors], will see a drop of 1 million units from annual production of 80 million," said Surapong Paisitpatanapong, vice-chairman and spokesman of the FTI's automotive club.

Many overseas car companies have temporarily closed factories for one week to one month. Manufacturers expect a chip shortage for at least two years. 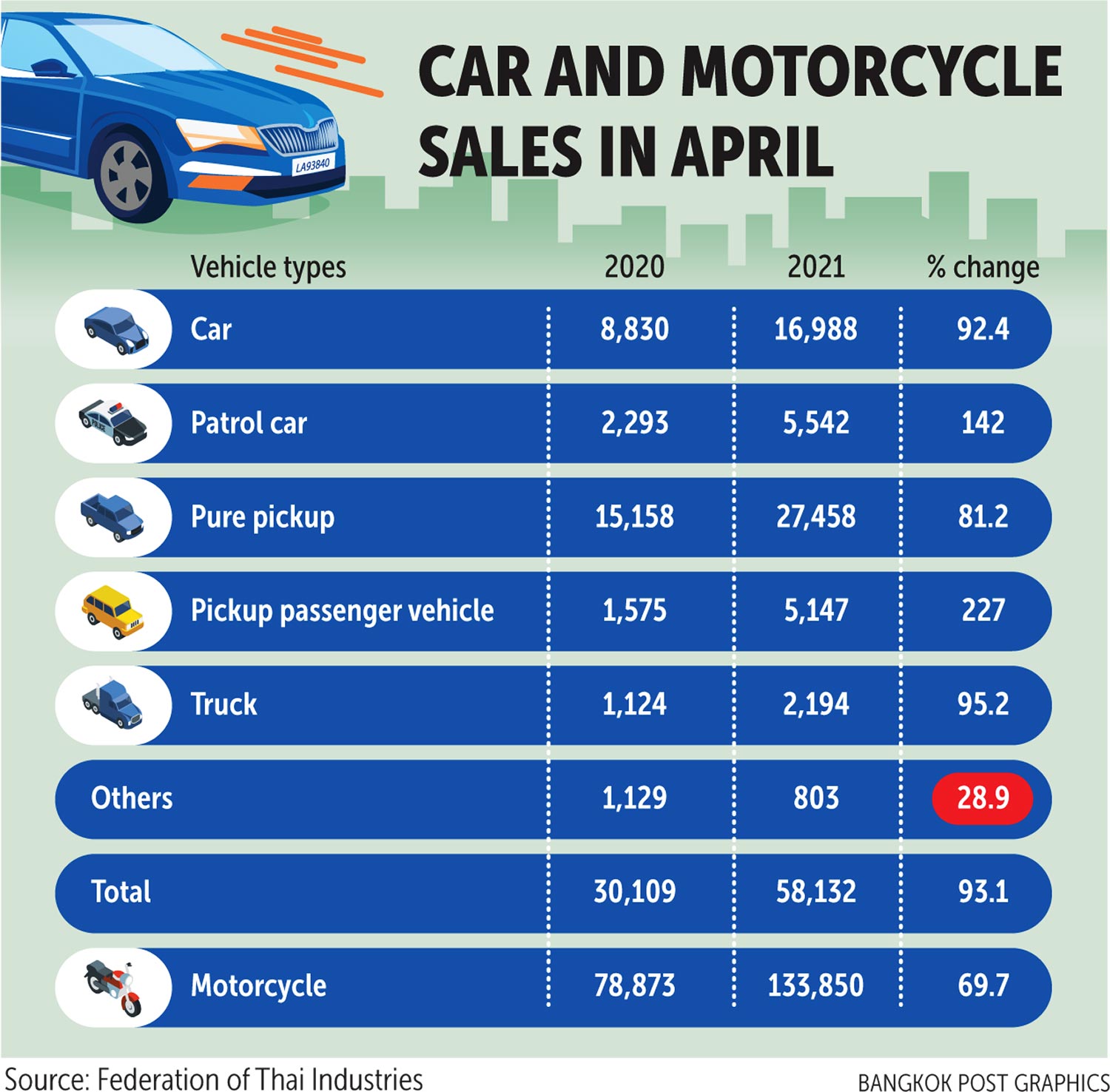 Thailand encountered a similar situation in which some automakers have closed manufacturing plants, pending chip supply.

"But the FTI is still positive believing car manufacturers can cope with scarcity by using their chips on hand for production of popular car models," he said.

This may affect sales of other models but the solution can help companies get through the problem.

The global chip shortage is the result of a combination of factors ranging from the increasing demand for electronic equipment as more people work from home during the pandemic, growth in electric vehicles, as well as the US-China trade war, which led to restrictions on chip imports from China.

Suparat Sirisuwanangkura, honorary chairman of the automotive club, is worried over daily Covid-19 infections as the high infection rate will discourage people from going out and decrease their purchasing power.

Rapid vaccination is the only way to restore the Thai economy, especially the automotive industry which employs 100,000 workers in 17 manufacturing plants, he said.