Enforcement likely to happen in a month

The Grab logo is displayed on a taxi near Democracy Monument in Bangkok. (Photo: Bloomberg)

The government has approved a draft ministerial regulation that allows the use of personal cars for ride-hailing taxi service via apps, a boon for GrabCar drivers who have provided the service without proper legal status for years.

The new regulation allows vehicles equipped with up to seven seats that are currently registered as personal cars to double as taxis.

The change is expected to be finalised in about a month from now, said Transport Minister Saksayam Chidchob.

While the taxi-hailing app has gained popularity, the law does not recognise owners who use their vehicles to pick up passengers, nor does it register the vehicles as taxis, said the minister.

The Department of Land Transport plans to spend about a month drafting an announcement governing how the new regulation is implemented, then hold a public hearing on the issue and have the regulation published in the Royal Gazette, Mr Saksayam said.

Following publication, companies owning taxi-hailing apps are permitted to apply for licences to operate the new service, he said. 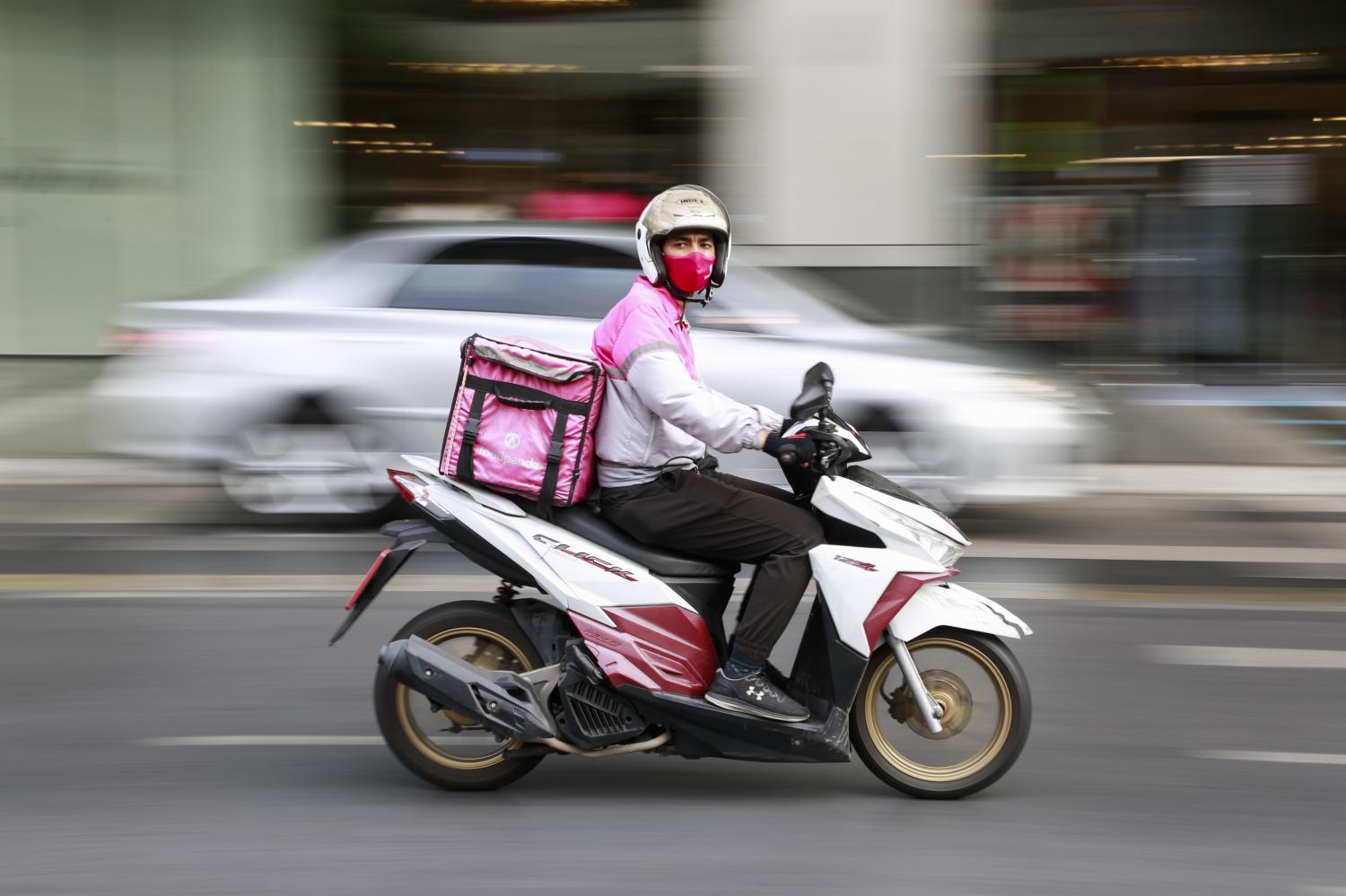 A food delivery driver picks up food after receiving an order via an app. (Photo: Arnun Chonmahatrakool)

Drivers are required to obtain a public transport driving licence, pass a criminal background check by the Royal Thai Police and use taxi-hailing apps certified by the department only, said Mr Saksayam.

"More people are hailing taxi services through an application," she said.

Authorities plan to monitor the services to ensure passenger safety, she said.

People who want to be drivers for such apps need to register their vehicles, with one person registered per car, said Ms Traisuree.

The vehicles used must have communication devices approved by the Department of Land Transport and a symbol showing they provide taxi services through an electronic system.

The vehicles cannot be more than nine years old, she said.

For small and mid-sized vehicles, the service charge must not be more than 50 baht for the first two kilometres travelled. After the first two km, the rate cannot exceed 12 baht per km, said Ms Traisuree.

For large vehicles, the service fee is capped at 200 baht for the first two km, then no more than 50 baht for each km after that, she said.

When vehicles are not in motion, the fare is three baht per minute for a small vehicle and 10 baht for a large vehicle.

In a separate development, the government is urging online food delivery platforms to reduce their gross profit (GP) share, or commission fees, to 15% from around 30% collected from food vendors in an effort to assist these merchants struggling during the pandemic.

Gojek and Line Man have embarked on a campaign to reduce their GP rate to 25%. Grab does not charge a commission to merchant partners for self pick-up of orders from its app from May 12 to Aug 1.

A source at a food delivery app who requested anonymity said the Internal Trade Department is seeking a regulation to control the GP rate, while calling on food delivery platforms to lower the GP.

"The government is asking online food delivery platforms to lower their GP rate to 15%," said the source.

The source said in California, a rule was passed last year to cap the GP rate for online food delivery during the pandemic at 15% to assist local restaurants.

Chakra Yodmani, deputy director of the department, said food delivery platforms have agreed in principle to reduce the GP fee by 5-10% for a month, starting June 1.

The platforms also pledged to organise promotional campaigns with free delivery charges for designated distances to reduce the cost of living for consumers, he said.