Chief executives who are members of the Federation of Thai Industries (FTI) demand additional measures to help businesses, especially small and medium-sized enterprises (SMEs), reduce their operation costs during the third wave of Covid-19. 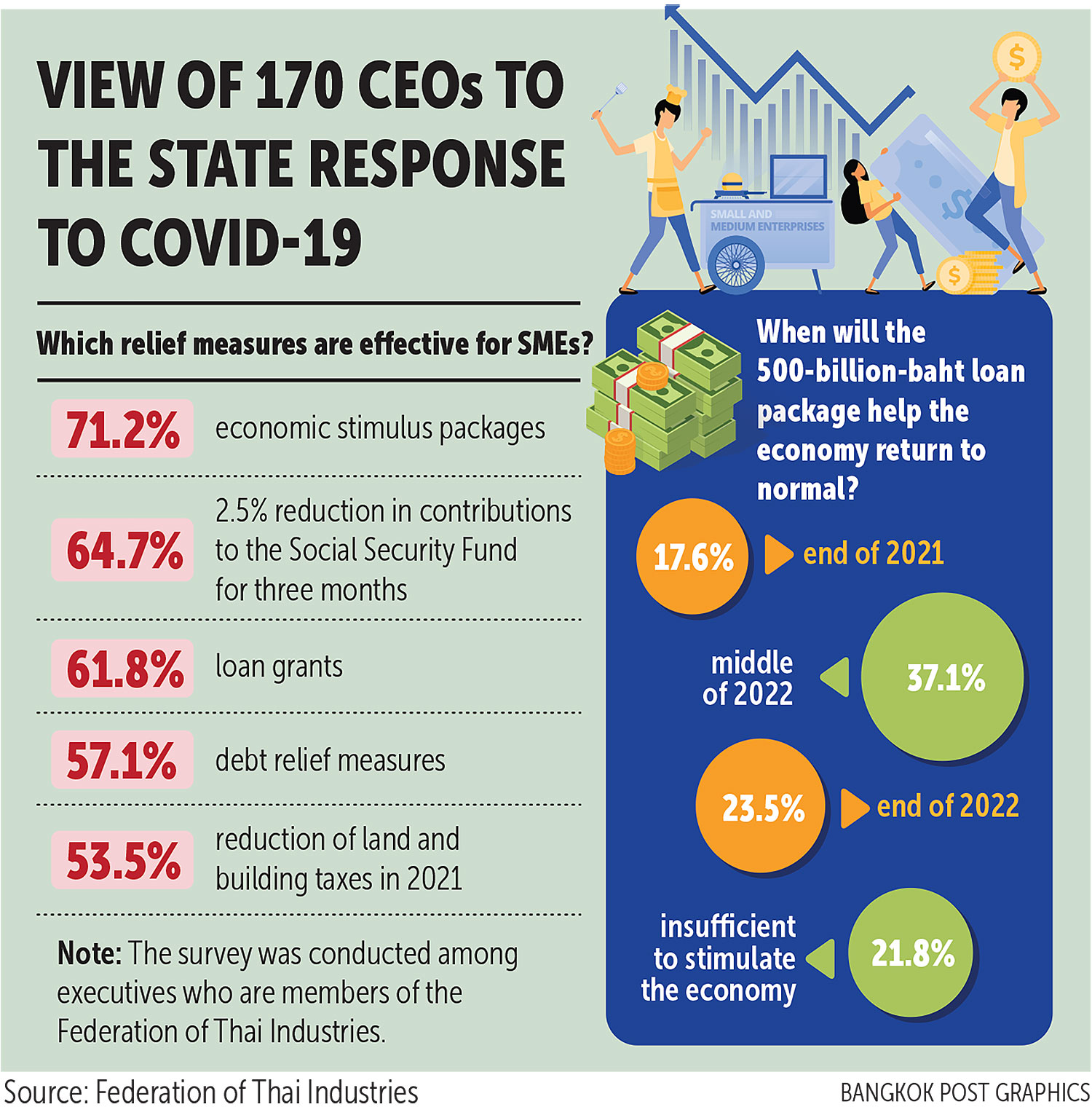 More than half of the 170 chief executives surveyed by the FTI suggested the government should reduce the financial burden through power and water bill discounts, as well as a reduction in the cost of rental space at malls.

Nearly 60% of the respondents want to see electricity, water and public utility expenses decrease by up to 30%, according to the findings.

The authorities have given a 10% reduction on water bills for two months until June. Water users include households and small businesses, according to media reports.

The government also reduced power bills for households and small businesses at varying rates based on their usage during the same period.

But more help is needed because 89.4% of the executives expect that the third outbreak, which flared up in early April, will cause far more damage than the first two outbreaks at the beginning and the end of last year.

Some 55.3% of the interviewees also want the government to help businesses which are struggling to pay rent for space they use to run their shops in department stores.

Space rental and other service fees should be reduced by 50%, said the respondents.

Shopping mall owners should be allowed to use the discounts to reduce their taxes in return, said FTI vice-chairman Wirat Uanarumit.

Other executives also suggested the government extend the collection period of value-added tax (VAT) and speed up giving VAT refunds to exporters.

They voiced their opinions in the latest FTI poll conducted across 45 industries and 75 FTI provincial offices countrywide.

Some 91.2% of the executives told the pollster they were worried about infections among factory workers, while 74.1% said they were concerned about liquidity problems that will hinder their daily operations.