Upturn in anti-Asian sentiment in the US a visible reminder of a much deeper-rooted set of problems.

Patama Chantaruck still remembers an unsettling encounter she experienced during her early days of living in the United States 28 years ago.

"It was in 1993 when I first moved to the US for education," the 53-year-old managing director of IBM Thailand recalls of her time at Washington State University in Pullman, 400 kilometres east of Seattle.

"I was driving a car with my female friends, looking for a parking lot, and there were some white guys yelling at us, 'Go back to your boat!' They thought I was a Vietnamese escaping to the US because we looked the same," she says.

"Of course, discrimination and racism existed even back in the old days and I believe it is there still," says Ms Patama who spent 23 years with Microsoft, including 19 years in the United States and another four years from 2007-11 as managing director in Thailand.

"But I have never ever seen anything like what is happening now in the US during my 20 years living there (earlier)," she told Asia Focus at the IBM office in Bangkok, referring to recent surge in hate crimes against Asian Americans living in the US.

While the protracted pandemic has affected almost every walk of life in the States, Asian Americans have faced additional difficulties from a new wave of anti-Asian sentiment.

Since last year, more Asian Americans have been targets of hate speech and violence, from people labelling Covid-19 as "the China flu" and other racial slurs, to angry verbal and physical outbursts at anyone who looks Asian. And the world was shocked in March this year when a gunman went on a shooting rampage in Atlanta, killing eight people including six women of Asian descent.

A study of 16 US cities by the Center for the Study of Hate and Extremism at California State University, San Bernardino found a 164% increase in hate crimes reported to police -- 95 in the first quarter of 2021 compared with 36 in the same period in 2020. The cities with the most cases were New York and Los Angeles. 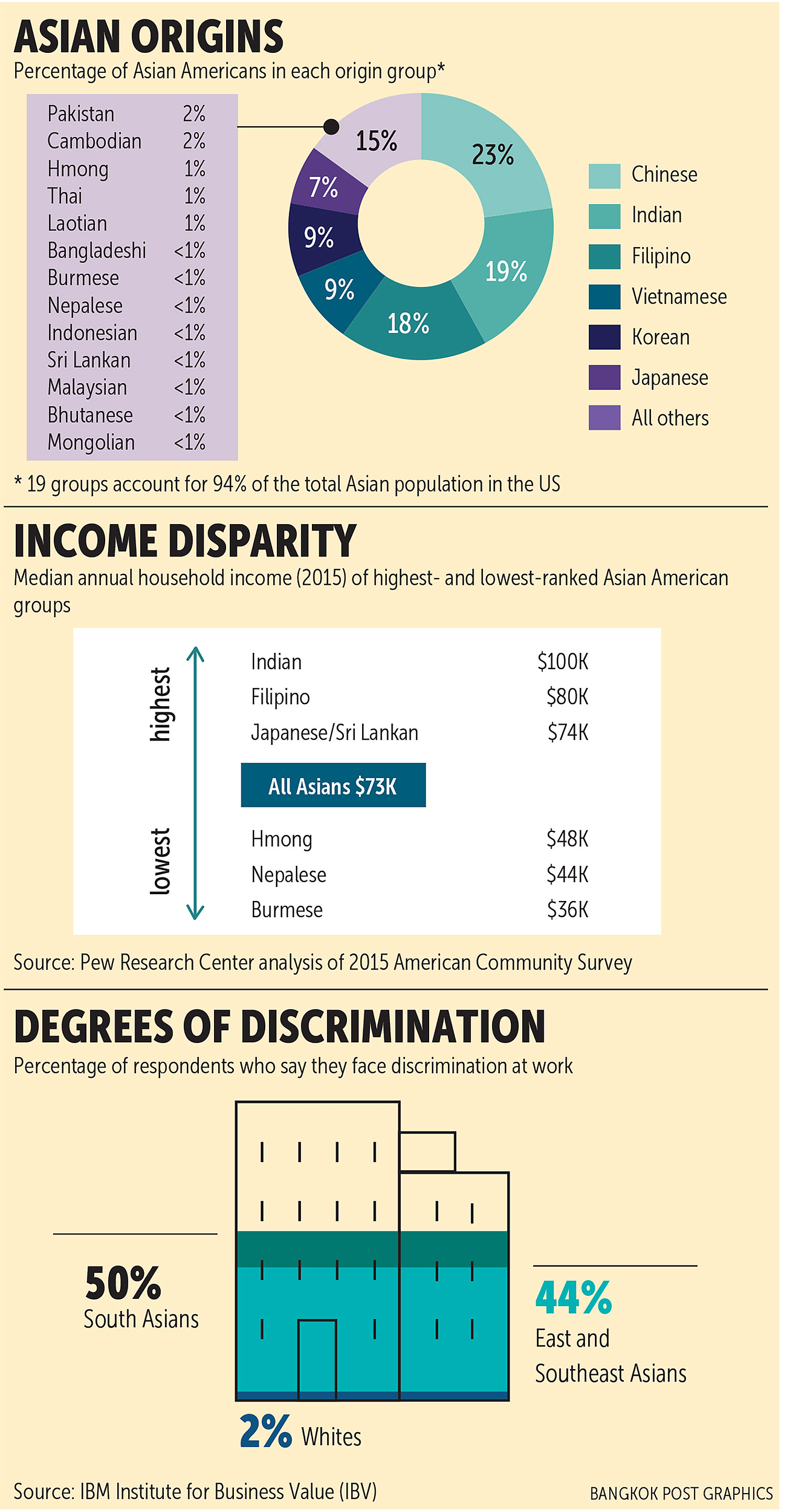 These episodes of anti-Asian hate have generated an outcry from Asian Americans and their allies in the business community. With 48 countries, over 2,000 languages and broad diaspora populations represented in America, anti-Asian hate crime can cause ripple effects on companies, communities and individuals, not only in the US but also in Asian countries and communities around the world.

Dealing with this disturbing trend has become a call to action for both business and political leaders. US President Joe Biden on May 21 signed into law the Covid-19 Hate Crimes Act, hailing it as a "significant break" in politically gridlocked Washington.

The legislation calls for a point person at the Department of Justice to speed up reviews of hate crimes, and also provides grants for training and education against racism.

These efforts also recognise that the violence has been disproportionately directed toward Asian women, and that the climate of systemic bias and racism also affects Black, Latinx, indigenous and LGBT+ communities. Businesses are also being urged to be a voice for change in support of advancing opportunities more broadly.

Asian Americans praised the passage of the bill but said more needs to be done. Critics say it fails to address long-standing inequality; focuses too much on enforcement, rather than changing mindsets; and potentially divides minorities by singling out Asians over other ethnic groups.

"To see additional change, we need legislation that addresses the root causes of systemic racism and oppression," said Stop AAPI Hate, a civic group that advocates for Asian American and Pacific Islander people.

"Because the Act centres criminal law enforcement agencies in its solutions, it will not address the overwhelming majority of incidents reported to our site which are not hate crimes, but serious hate incidents," the coalition said in a statement. 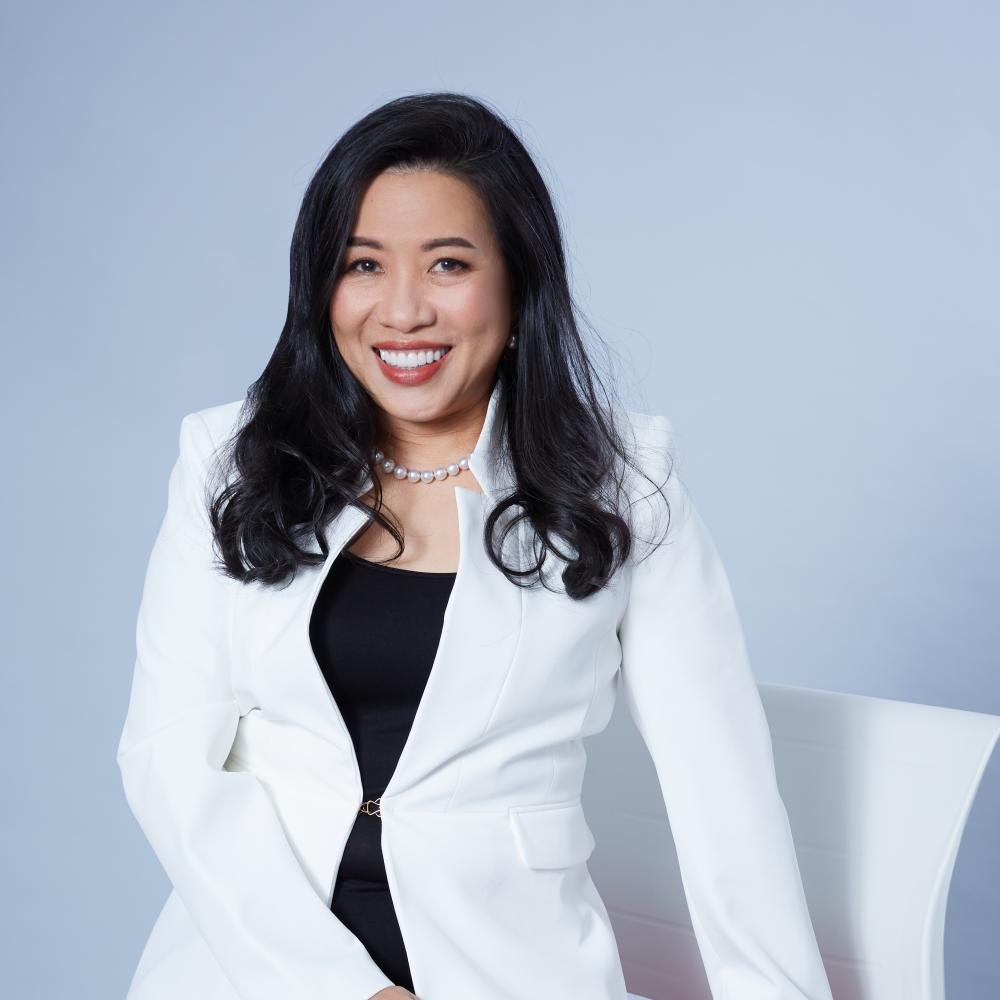 Asian Americans are perceived as the "model minority": quiet, hardworking and studious. This positive characterisation is supported by studies showing that Asian Americans are the most educated and affluent of any other groups in the US, according to the latest report from Ascend, an organisation that represents pan-Asian professionals worldwide.

While the model minority stereotype may seem flattering on the surface, it masks the multiple problems and bias that many Asian Americans face in the workforce, at schools and in the communities where they live.

This myth is especially "problematic and dangerous" because recent attacks are a direct consequence of Asian stereotyping, according to an Ascend white paper, Model Minority Myth & The Double-Edged Sword, published in April.

The term "model minority" was first used in 1966 by sociologist William Peterson in a New York Times article to praise the ability of Japanese Americans to succeed in the US. Over time, other Asian immigrants embraced the stereotype, but its effects have been damaging to all minority groups.

For instance, the myth disregards the fact that nearly 20 million Asian Americans trace their roots to more than 20 countries in East and Southeast Asia and the Indian subcontinent. Each of these groups has a unique history, culture, language and other characteristics.

Though Asians have the highest US incomes of any ethnic group, they also have the widest level of income disparity among all ethnicities, according to a Pew Research Center analysis of government data.

According to Ascend, the Asian American unemployment rate rose significantly during the pandemic because nearly a quarter of the Asian American workforce is in service industries, with many in hard-hit frontline jobs. Those job losses have attracted less attention compared to other racial groups due in part to the model minority myth, added the report.

Another myth lies the general perception that Asian Americans are successful and therefore well-represented in corporate boardrooms and executive ranks. Ascend research shows that this inference is misleading.

Asian men and women were the most likely to be hired but the least likely to advance to become executives, indicating that race has a greater effect on the glass ceiling than gender alone, it said.

"In the workplace, when people talk about diversity and inclusion, particularly in Thailand, you see quite a good mix between male and female, especially in certain industries where you see more females than males," she said. "But not many of them make it to the top. That is the key."

And while 68% of white respondents say they feel empowered and supported in addressing personal challenges, only 22% of Asian American respondents feel the same way.

Eight in 10 respondents said they had personally experienced discrimination based on their ethnicity or race, while nearly half pointed specifically to discrimination in the workplace.

"The challenges reported underscore that Asian Americans still face intense bias, even as they advance and succeed in their careers," noted the report. "In fact, more than 60% of respondents report that they must work harder to succeed because of their identity."

Seventy-nine percent of respondents reported personally experiencing discrimination because of race or ethnicity. This pattern persists in engagement with society and government, the IBV study said. And all of this has a dramatic impact on individuals' confidence and potential.

That is true for Inhi Cho Suh, a co-author of the IBV report, whose family moved from South Korea to the US in 1980 when she was just five years old.

"We moved from Seoul, a city of millions of Koreans who looked like me, to Spartanburg, South Carolina -- a town of 100,000 white and Black Americans. By age 6, I learned that skin colour dictated social hierarchy in America. Being Asian -- 'yellow'-- was alien and therefore 'less than' being white," said Ms Suh, now general manager of global strategic partnerships with IBM.

"Throughout my childhood and early adult years, I experienced racism ranging from overt attacks to microaggressions. My name was another reminder I was different.

"Microaggressions were daily reminders. What I learned was that race and sex biases were woven into our education, in extracurricular activities, in job interviews, in pay, and in professions across industries."

On a broader scale, nearly half of respondents faced discrimination in the workplace by their employers. The figure is even higher among the most senior Asian American executives -- an indication that, the further they advance in their careers, the more obstacles they confront. On the contrary, a mere 2% of white respondents reported facing discrimination on the basis of their race.

As consumers, Asian American respondents describe their needs being met at a 40% to 50% lower frequency than white respondents -- from customer service, to digital experiences and advertising. Accuracy and fairness of Asian American representation in media is similarly poor, according to the survey. 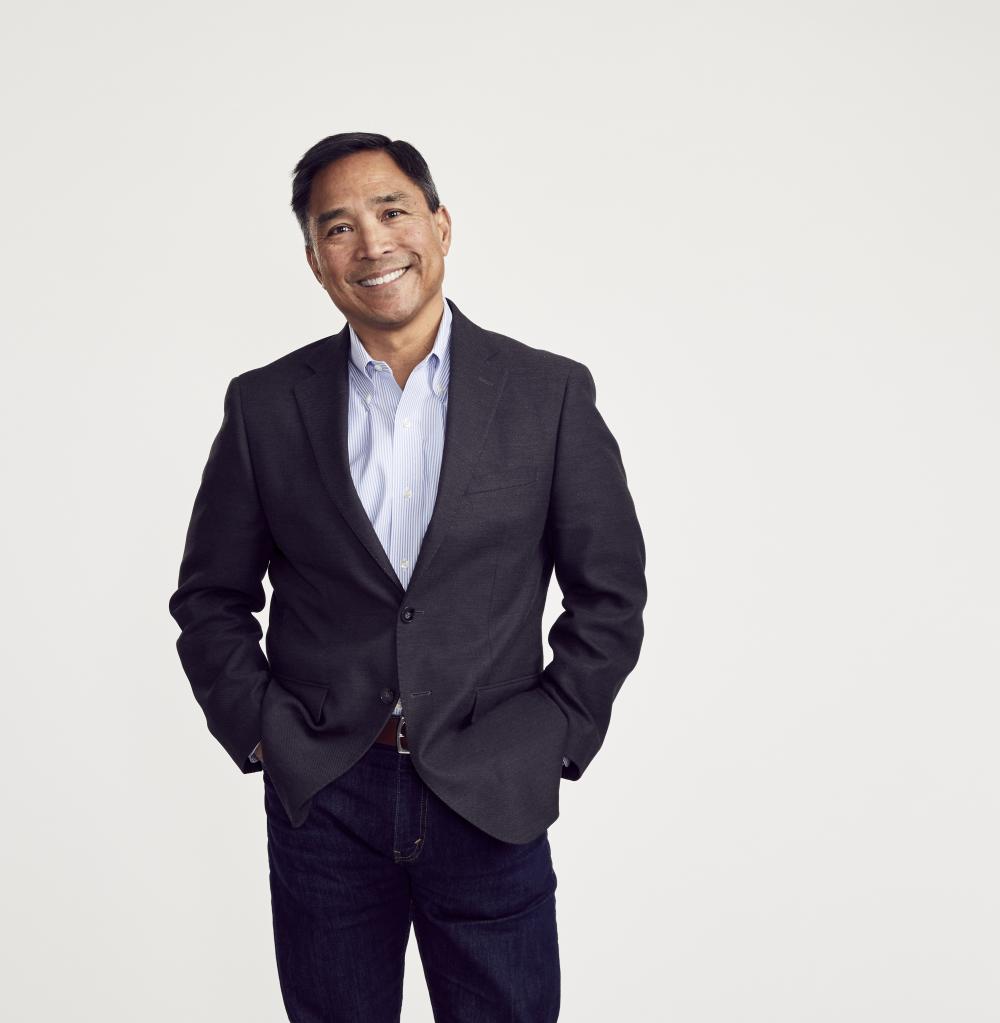 "I believe that when you have diversity of thought and diversity of talent, you get a better product," says Bernie Hoecker, general manager of IBM Services.

Both emphasise the influence of business leaders on them; both cite technology as a key workplace tool less frequently than white respondents. At the same time, 50% of the South Asian cohort reported employer discrimination versus 44% for East and Southeast Asians.

"Despite many notable Asian American success stories in business, including icons of industry who have launched and run significant enterprises, the pan-Asian community remains under pressure, and lack of advancement opportunities remains a barrier for far too many," the report said.

Awareness should be raised of anti-Asian bias and history, with support for empathetic conversations around race, identity and microaggressions. Resources for office and commuting security should also be offered to support employees fearful of hate crime.

As well, broad engagement and cross-cultural training should be established to amplify the power of collaborative relationships and build inclusive environments.

Bernie Hoecker, also a co-author of the IBV report and general manager of IBM Services, expressed his belief in diversity and inclusion.

"We are products of our upbringing, and I have grown up with certain biases and opinions that in many ways were far from perfect," said Mr Hoecker, who was born in an orphanage in Philadelphia and adopted by parents of English and German descent.

"It was not until I went to college and lived on my own that I started to begin to understand what diversity and inclusion mean, and I continue to learn from friends and colleagues every day.

"When I feel strongly about something, I now try to ask myself why I feel that way. Is it based on a body of knowledge and data, or my personal bias? I find that if it is the latter, I start questioning it a whole lot more, and maybe uncover a personal bias. This questioning process lets me unlearn or relearn things," the father of three daughters admitted.

"Each person has unique beliefs, practices and experiences that enrich their relationships, whether personal or in their company. I believe that when you have diversity of thought and diversity of talent, you get a better product."