Thai stocks are expected to steadily rise 3-5% per month over the next two months, with foreign funds set to return to the Thai bourse following accelerated vaccine rollout and growth in foot traffic at retail stores, says Asia Plus Securities (ASPS). 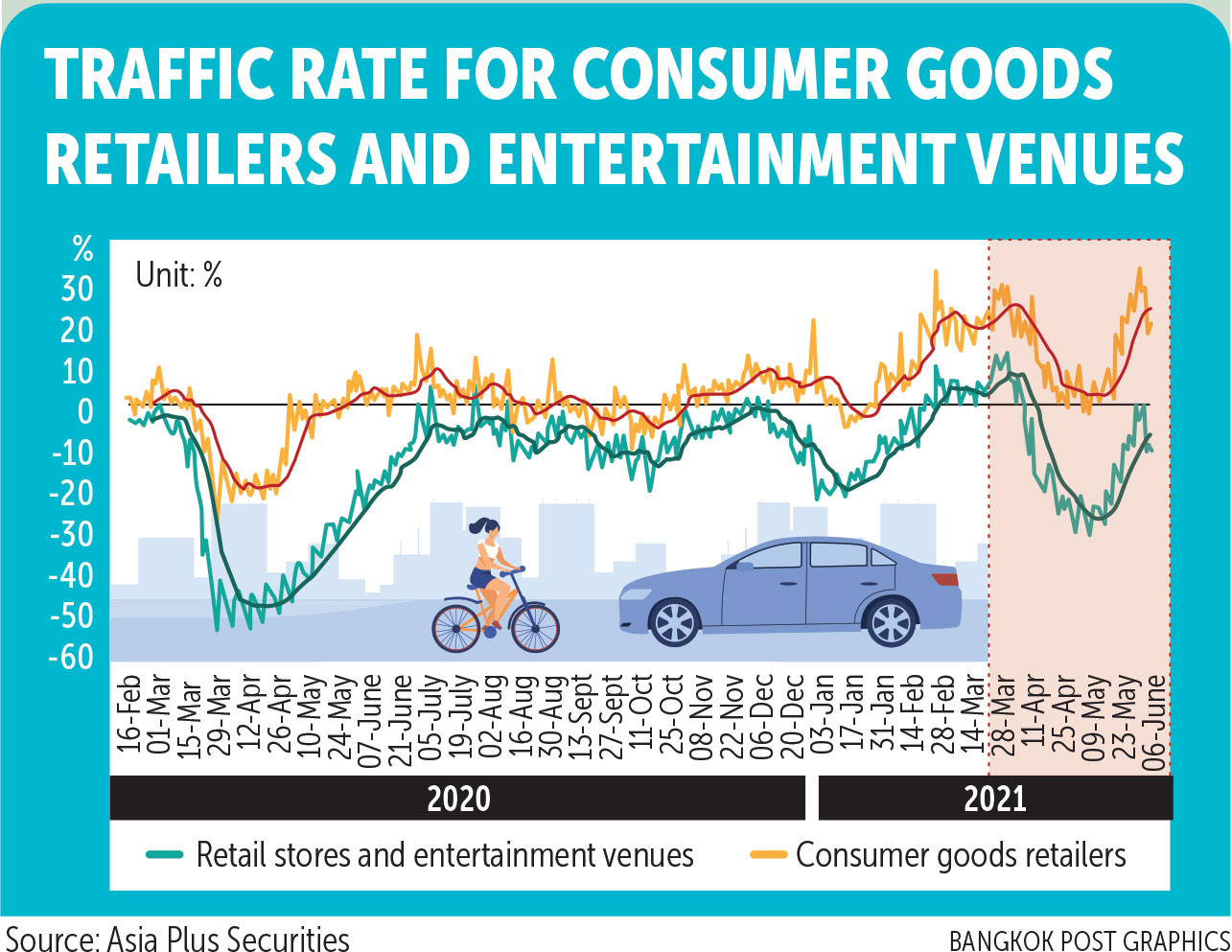 The brokerage expects speculation on stocks as a result of the reopening of international tourism, including hospital and consumer stocks that could be aided by the government's new batch of economic stimulus measures such as the "Ying Chai Ying Dai" (the more you spend, the more you get) scheme worth 28 billion baht, according to Therdsak Thaveeteeratham, executive vice-president of ASPS.

Roughly 400,000 doses per day have been administered to residents since Monday, raising hopes that Thailand may achieve herd immunity by the second half of the year.

The brokerage reaffirms its previous view that this month's SET Index is likely to continue rising because of three supporting factors.

The first positive trend is foreign funds are flowing into bourses in countries where mass vaccination has started.

The projection is in line with foreigners' month-to-date net purchases of Thai shares worth 7.5 billion baht, which is the Thai bourse's and region's highest net buying this year.

In addition to fund inflows, the SET Index is expected to extend its gains over the next two months, similar to other stock markets in the region that rose 3-5% per month during the start of their vaccination drives.

The Thai stock market is projected to grow in June after already gaining 2.05% month-to-date, while global stock exchanges rose slightly at 0.58% during the same period.

According to data from ASPS, consumer footfall at retailers' physical shops has also edged near pre-pandemic levels from early 2020.

The brokerage maintains these trends should continue in Thailand thanks to the implementation of many pending stimulus measures, such as "Ying Chai Ying Dai".

These three factors mean the Thai bourse has a great chance to move forward in June and July, said ASPS.

The brokerage recommends investing in stocks with good potential to outperform in the coming months, as well as those that have a market cap of more than 40 billion baht, strong fundamentals, and low prices likely to be helped by the three factors listed above.