A postcard offered during a virtual flight with JAL.

'When can I travel again?" This familiar question echoed around the world the past 12 months since the global pandemic forced lockdowns and stringent border closures.

Before people can start to move freely again, vaccine administration needs pick up speed in some countries, as only 21% of the global population have received at least one dose.

Yet competition in the global tourism market never stops, meaning organisations are already gearing up to lure those ready for a change of scenery.

National tourism organisations must maintain an appetite for travel while abiding by each country's public health requirements, even if the market might take a year to take shape. 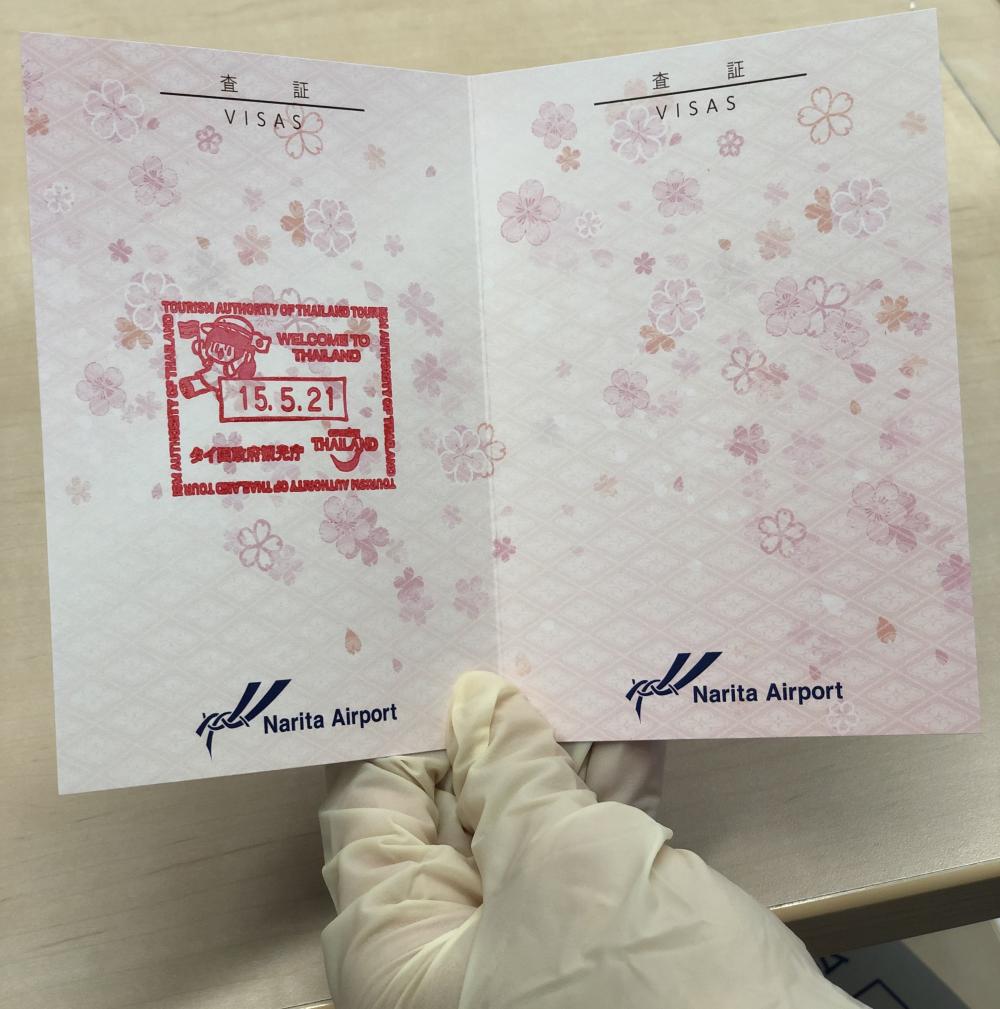 THE GAME IS AFOOT

In the build-up to the Tokyo Olympic Games 2020, postponed from last year to July this year, the host nation decided to allow only athletes and domestic spectators, banning international visitors.

Despite the lack of inbound tourists, the Japan National Tourism Organization (JNTO) still had to issue a marketing campaign for the games, taking a long-term perspective.

The purpose is to generate renewed interest in Japan, helping the country meet its goal of attracting 60 million visitors in 2030.

Eigo Onuma, executive director at JNTO's Bangkok Office, said the agency continues to promote the Olympics in key markets that follow this event, such as China, Europe and the US, through both online and offline channels.

Out-of-home media have carried ads in many countries, such as in Major League Baseball stadiums in the US, he said.

These promotions aim to shed light on tourism attractions near event venues via online channels, hoping global telecasts and other coverage enhance tourism awareness about these lesser-known sites.

Outdoor events such as the marathon, cycling road races and surfing can introduce audiences to the mountains and coastal areas of the island nation.

The agency hopes these events can attract latent interest in Japan, keeping people thinking about the country even though they cannot visit at this moment.

One target for the Olympics is China, the top market for Japanese inbound tourism in 2019 with 9.5 million visitors.

Feedback from the mainland is expected to be robust as China hosts the Olympics and Paralympic Games in 2022.

The US audience, which saw its president Joe Biden recently endorse the Tokyo Games during a G7 summit this month, are another main target.

Tourists from the US exceeded 1.7 million for the first time in 2019, while travel exchanges between the two countries were strong as the US was a top destination for the Japanese, accounting for 15% of total departures in 2019.

American viewership of the Olympics is anticipated to be high as the country hosts the Olympics and Paralympic Games in 2028.

The Tokyo office of the Tourism Authority of Thailand used a cartoon promotion, 'Mamuang Jung', to remind Japanese of the fun that awaits them once travel is allowed.

FROM IMAGINATION TO REALITY

In addition to the Olympics, JNTO is also focused on content marketing that can reach new potential markets.

The hype of "Ghost of Tsushima", an action-adventure game released last year, led to more opportunities to promote tourism sites to global online gamers. The video game portrays the story of a protagonist samurai who has a mission to protect Tsushima Island during the first Mongol invasion of Japan.

The city of Tsushima in Nagasaki became well-known after the game developed by Sucker Punch Productions was distributed. It was praised for its elaborate visuals, including positive feedback from gamers in Thailand.

"The popularity of the game allows us to create content involving tourism attractions linked to settings in this game," said Mr Onuma.

"It helps us keep Japan top of mind even when tourists cannot visit the country."

With physical travel unfeasible during the pandemic, the Tourism Authority of Thailand (TAT) adopted a similar content marketing strategy.

Seksan Sripraiwan, director of TAT's Tokyo office, said Mamuang Jung serves as a reminder for tourists of what waits for them, even if they cannot travel to Thailand now.

"The short clips lasting 28 seconds aim to encourage travellers to dream about activities they can do in Thailand when pandemic subsides," he said. 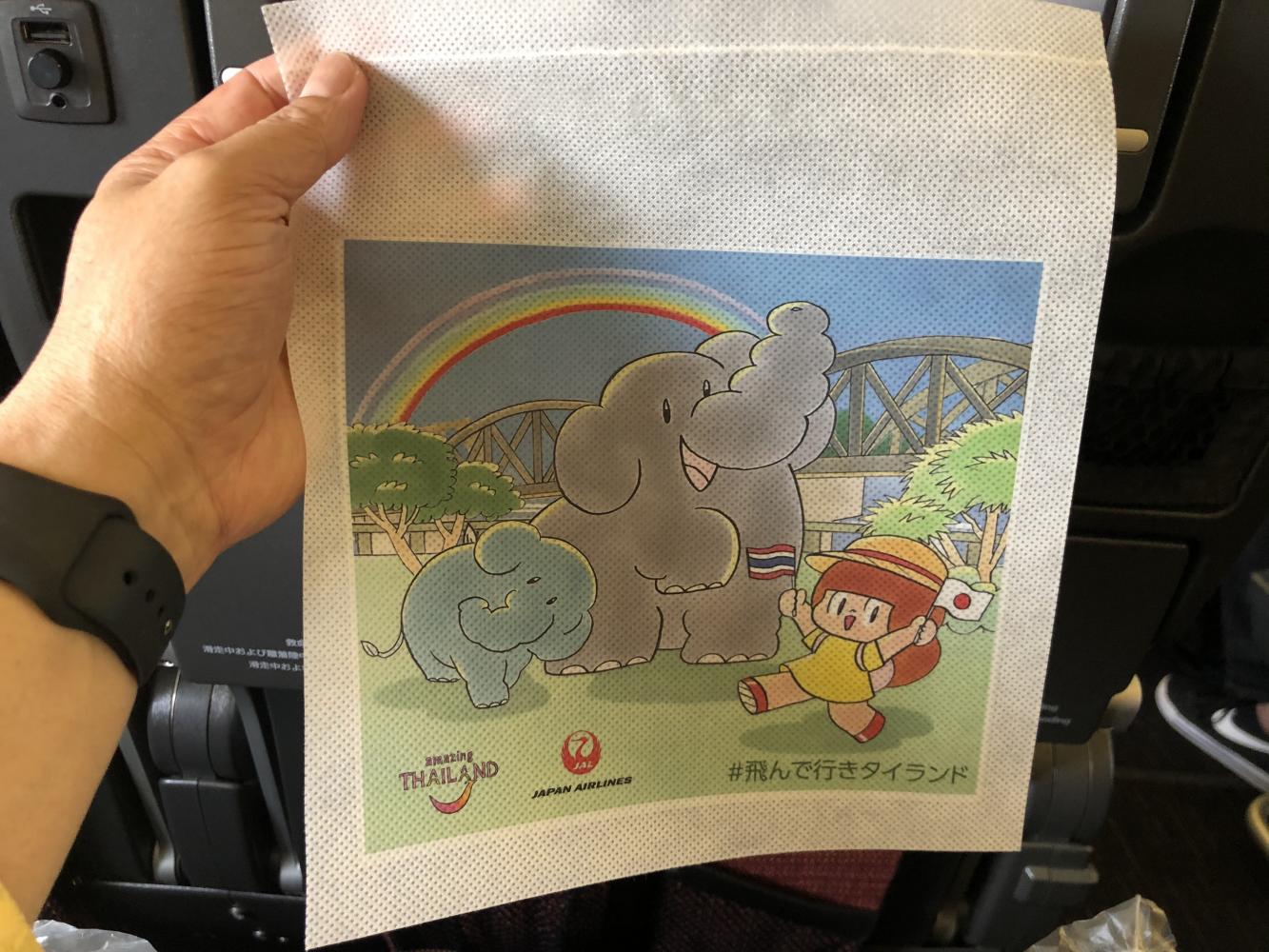 The Tourism Authority of Thailand (TAT) Tokyo Office offered the "Amazing Thailand Virtual Flight with JAL" to reiterate the awareness of Thailand as a destination for the Japanese people once the pandemic improves.

This project is linked to a promotional campaign with the department store chain Tsutaya, which launched an exclusive T-point card for 5,000 customers on May 28.

The card allows customers to convert accumulated points for discounts on advanced purchases of hotels, spas and tour programmes in Thailand.

The co-branded card, which illustrates Mamuang Jung on its design, helps the agency collect data from customers who show strong interest in Thai tourism to help create future marketing campaigns, he said.

"We will use this opportunity to conduct data marketing, which helps us offer marketing strategies that match each segment better."

The flight featured a number of activities and services to serve as a reminder of travel experiences in Thailand.

Chanyuth Sawetsuwan, director of the TAT office in Osaka, said all three TAT offices in Japan are working together to increase the number of young travellers to Thailand, with a goal to increase this portion from 40% to 50%.

"When we followed the trends of the young generation in Japan, we found Thai dramas, particularly gay love stories known as Y series, have a growing audience among those aged 20-30 years old," he said.

Japanese TV companies bought the licences for these dramas and broadcast them, including 2gether, which aired on TV Oska, causing the keyword "Thai BL" (Thai Boy Love) to trend on social networks.

Mr Chanyuth said the agency will continue to create travel demand by coordinating with TV producers in Thailand, creating video content about places and activities as seen on the shows.

The office started a project with leading actors from SOTUS: The Series broadcast on TV Asahi this year.

The partnership created YouTube content that took audiences to the tourism attractions and shared gastronomy experiences in Bangkok.

The scheme hopes to encourage people who have never visited Thailand to consider trips here when borders reopen.

"Korean drama series dominated the market in the past, but we are starting to see the success of Thai entertainment in this market," said Mr Chanyuth.

"This is a good start in creating a new segment for Thai tourism in the future." 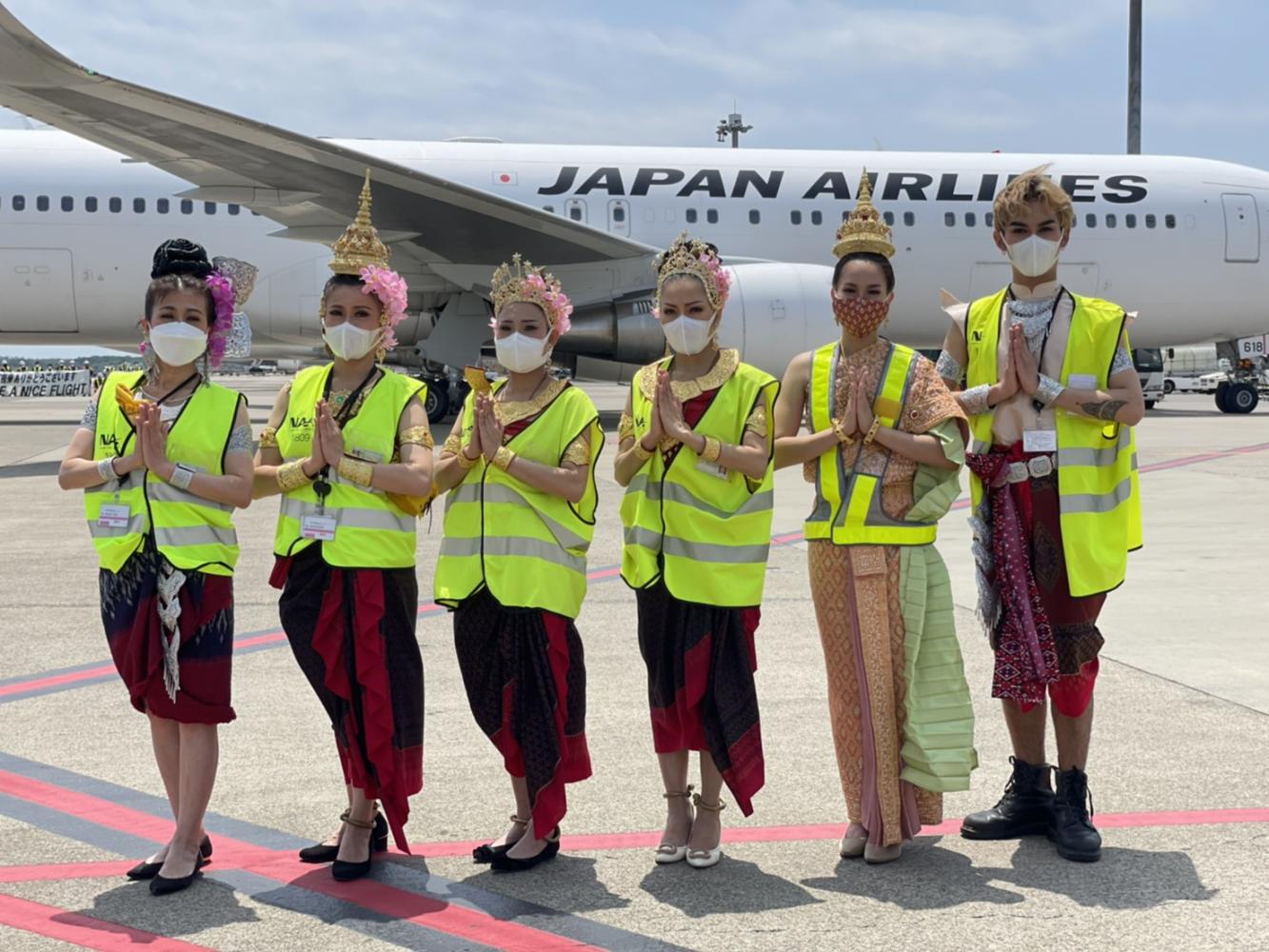 Crew members are dressed with the Amazing Thailand theme.