Total claims for Covid insurance ballooned to 1.77 billion baht in the first half of the year from 588 million baht as of May 15, says the Office of the Insurance Commission (OIC) secretary-general Suthiphon Thaveechaiyagarn. 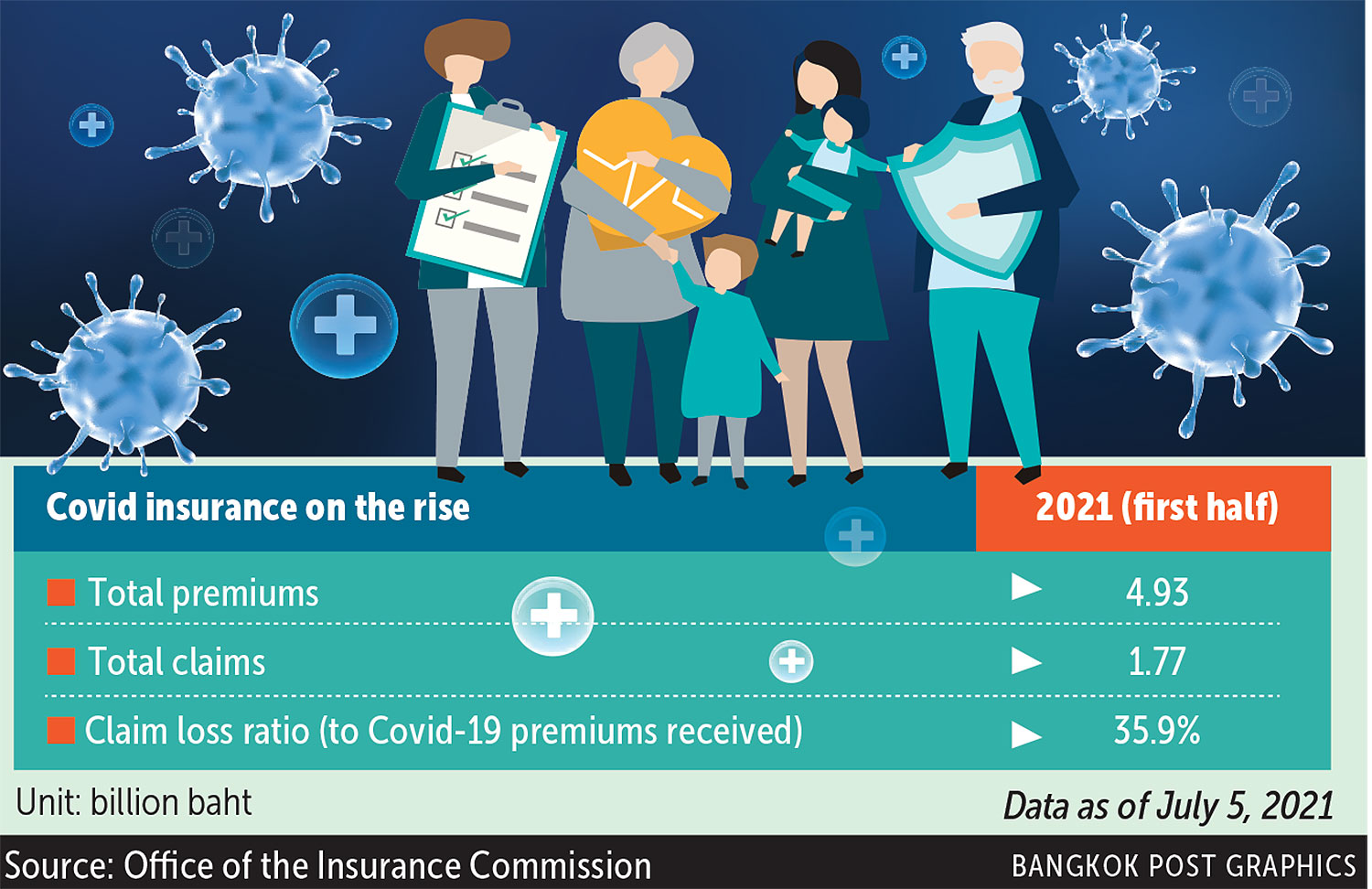 The increase in insurance claims was in line with records for daily new infections and emerging clusters.

The claim loss ratio climbed to 36% of Covid insurance premiums of 4.93 billion baht at the end of June, said the OIC.

Sales of Covid insurance from May 16 to June 30 increased by 962 million baht.

Mr Suthiphon said the insurance industry has enough excess reserves to handle even the direst scenario, in which the pandemic and new variants are not controlled this year, with vaccines successfully developed and distributed in 2022 and 2023, respectively.

"The OIC requested cooperation from non-life insurance companies in being cautious in making dividend payments this year," he said.

This is the second year for such a request.

Ms Chayanin said for the most severe scenario, the GDP is expected to shrink by 1.7% this year and 0.3% next year.

The projection for total claim losses included in the assessment was calculated by insurance companies.

The OIC asked insurance companies to offer the highest figures for total claims from mortality and medical expenses they can handle. The goal is to figure out whether these companies can absorb the risk of even the most severe scenario.

"Considering the latest data regarding the pandemic, the estimated figures are still considerably harsher than the reality," she said.

Regarding financial markets, investors are expected to sell bonds in the severe scenario as they lose confidence when the economy goes down.

The bond selloff would cause the government bond yields to pick up, to the benefit of insurance companies.

Some negative impacts from the pandemic can be offset by the benefits from a rise in bond yields, said Ms Chayanin.

"Without the positive factor of the financial market, in the severe scenario the CAR ratio would slightly decline, but remain double that of the minimum requirement of 200%," she said.

However, the OIC plans to keep a close eye on the pandemic situation, said Ms Chayanin.