The Federation of Thai Industries (FTI) has increased its total car production target this year to 1.55-1.6 million units, fuelled by good export prospects, although the third wave of the pandemic is expected to deal a blow to the domestic car industry. 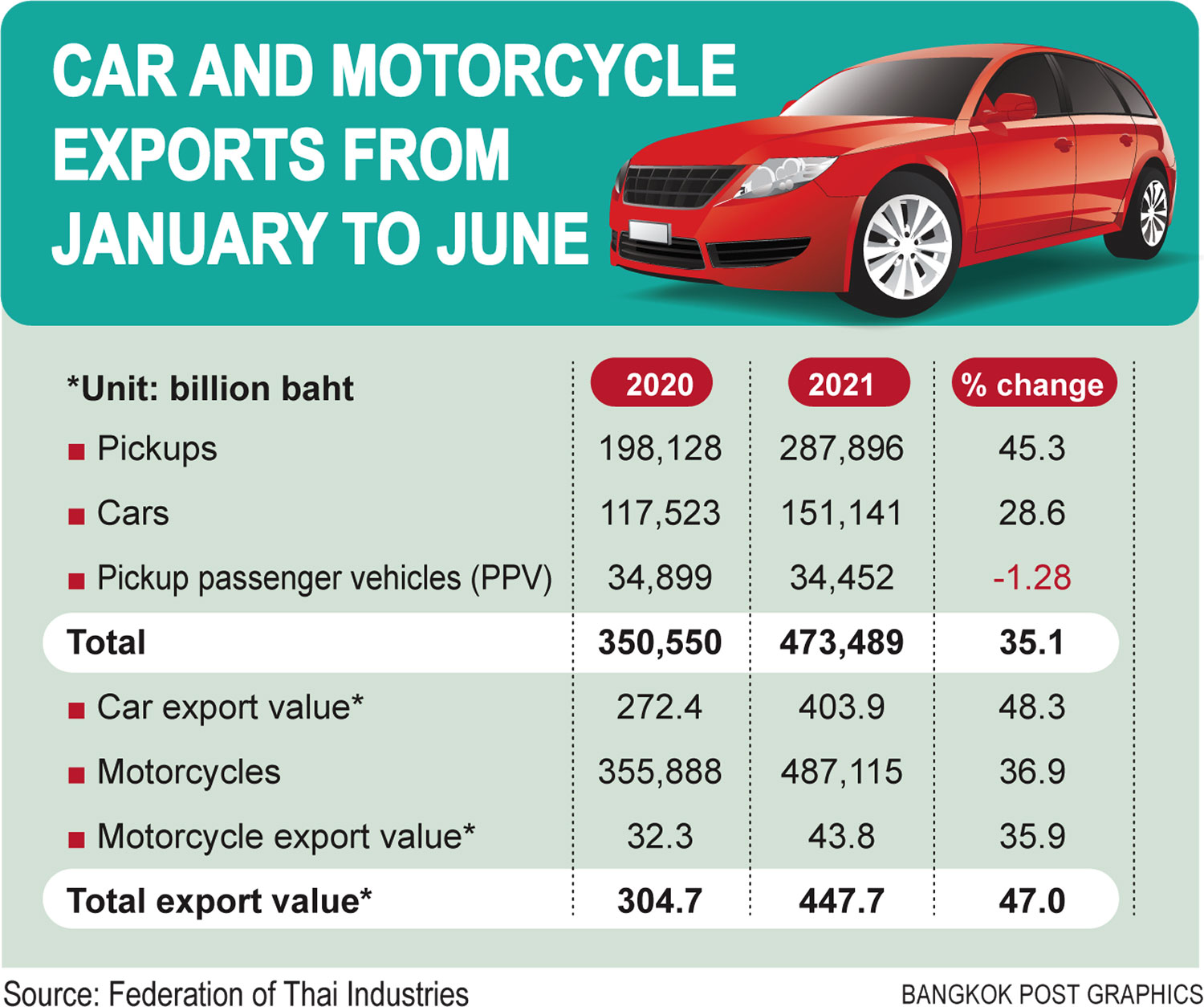 Toyota Motor Thailand had to close its factory for at least three days after its auto parts supplier was affected by the transmission of Covid-19, according to the FTI.

However, the FTI remains optimistic about car export markets due to more demand in many countries, including New Zealand, Japan, Mexico, Malaysia and Vietnam, as the global economy is recovering.

Good export prospects lead the FTI to raise its car production target from its earlier forecast of 1.5 million units.

"The export sector will continue to grow. The FTI expects car exports will reach 800,000-850,000 units, up from 750,000 units," said Surapong Paisitpatanapong, vice-chairman and spokesman for FTI's automotive club.

However, the FTI is aware the new target may not be achieved due to negative factors, ranging from the third wave of Covid-19 and lockdown measures to a global shortage of semiconductors.

"These factors can affect car production and the export market, so we still need to keep a close watch on the outbreak and shortage situations," he said.

The sluggish economy and the government's new lockdown measures caused the FTI to lower its car production target for the domestic market. The target is below 750,000 units because of weak consumer purchasing power.

Last year 790,000 cars were produced to supply the domestic market.

The ongoing outbreak already affected Toyota Motor Thailand after its auto parts supplier, Arrow Products Co, needed to close its factory for 14 days for cleaning after Covid-19 infections were discovered.

To cope with the problem, Toyota is looking for auto parts from other suppliers in Thailand and neighbouring countries, said Suparat Sirisuwanangkura, honorary chairman of the FTI's automotive club.

"This will only affect Toyota in the short term," he said.

"The company expects to increase its production capacity in the next quarter."